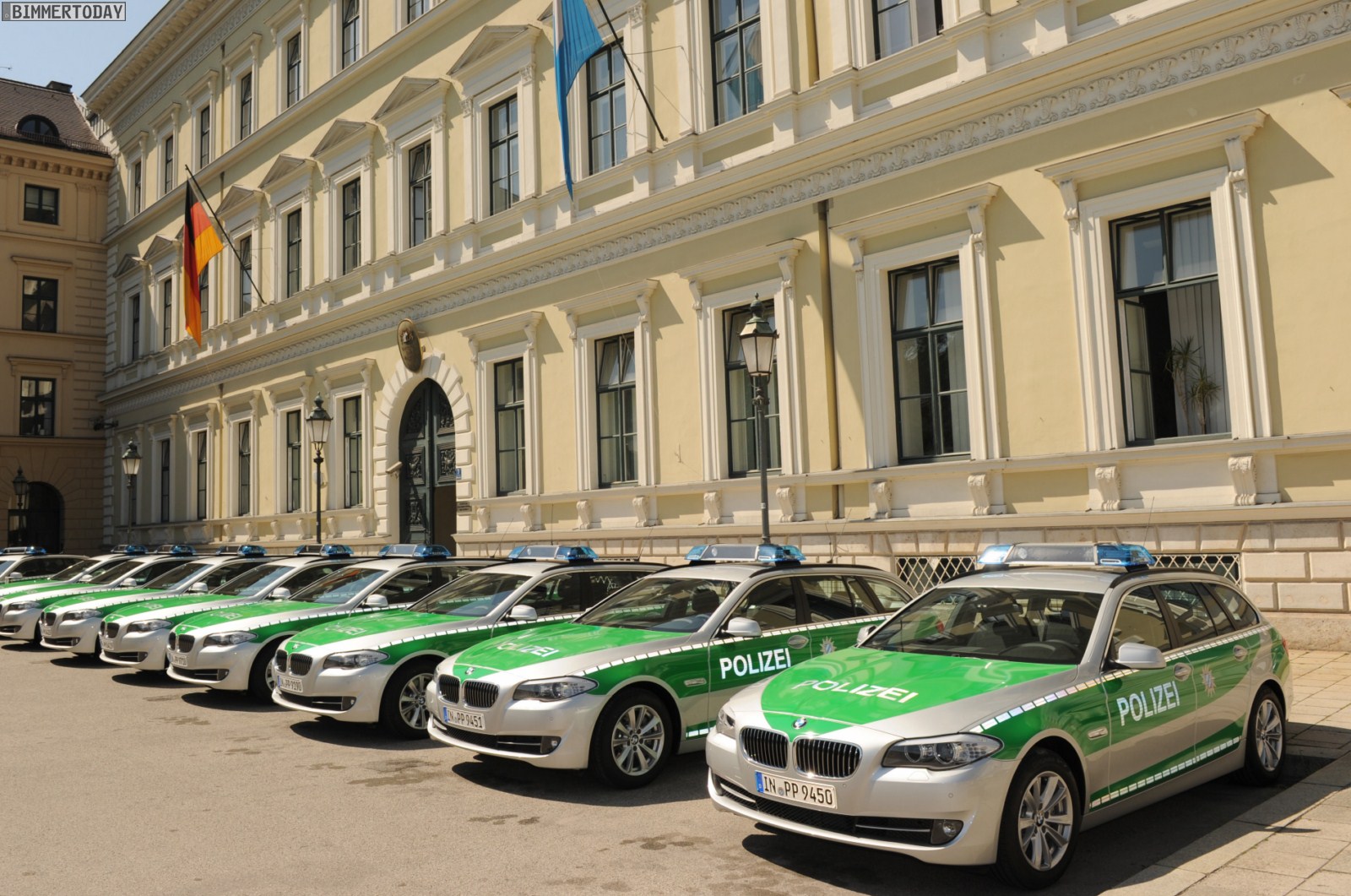 The modern emergency vehicle feature a green and white paint job with reflective contour markings and inscriptions specially created by the BMW Group design team. The police flashing lights on the roof can be easily controlled using the iDrive controller. The cars also come equipped with front and rear view cameras. 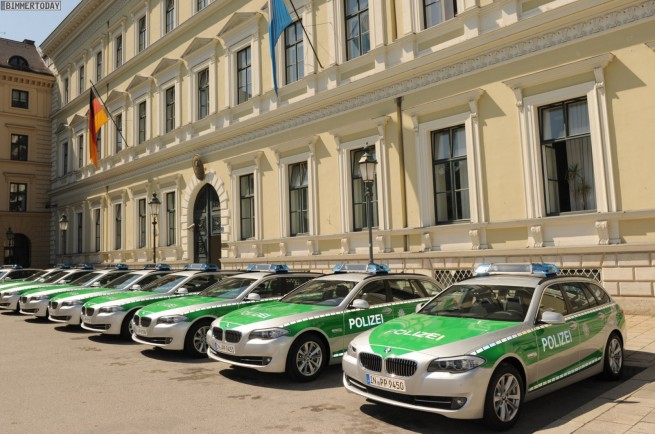 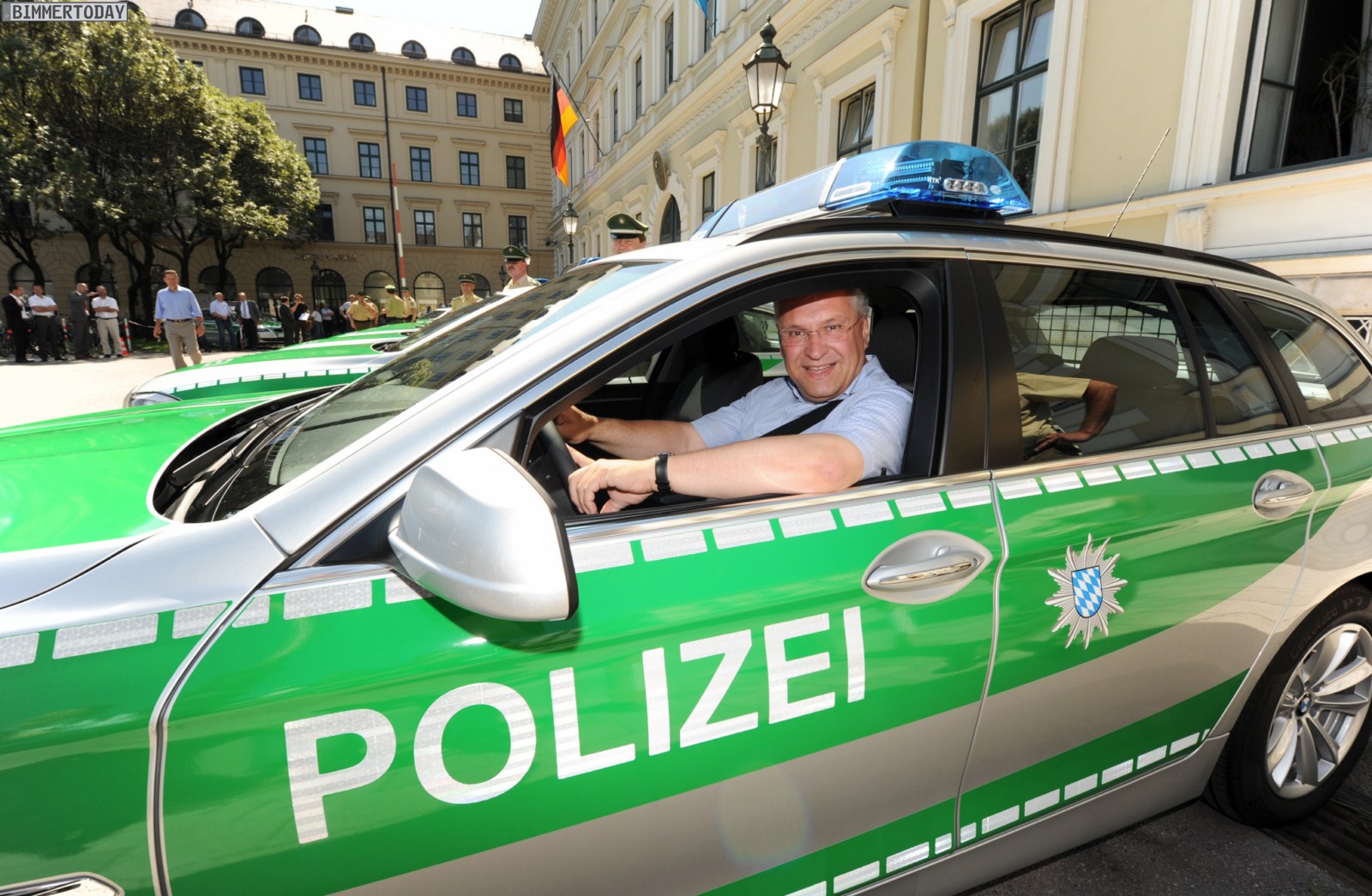 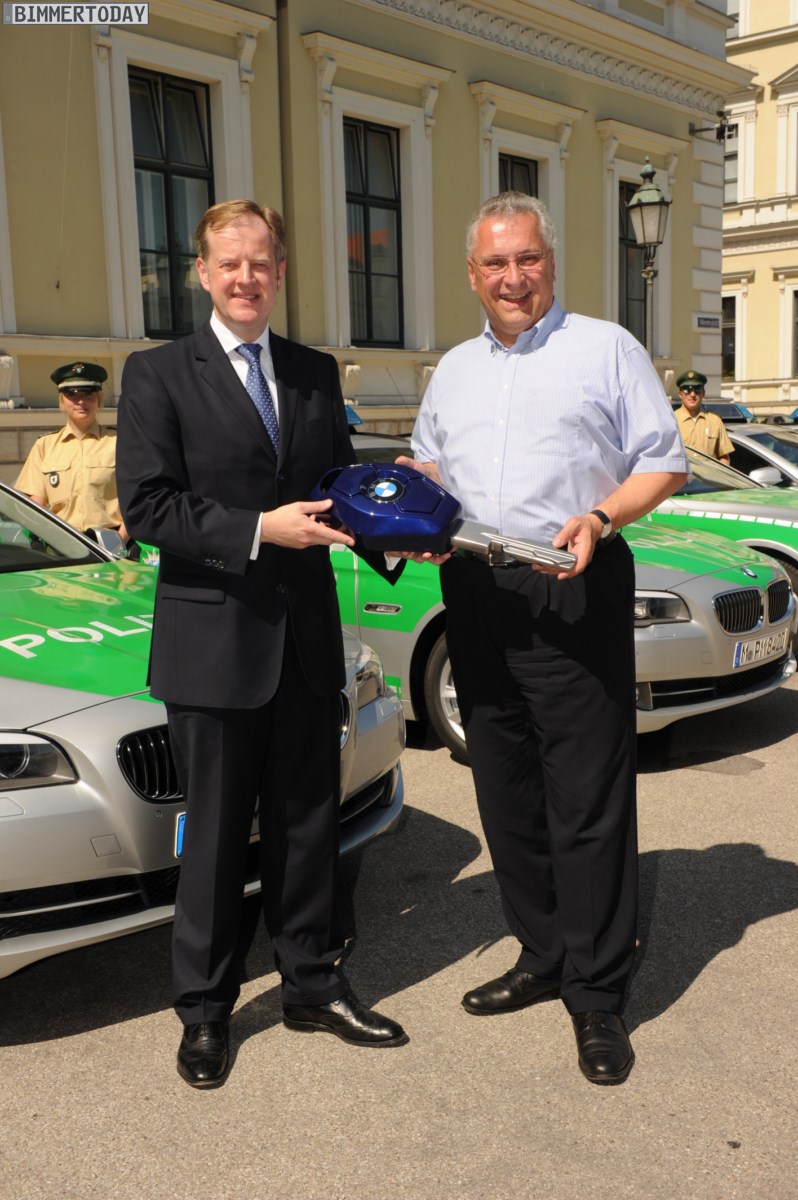 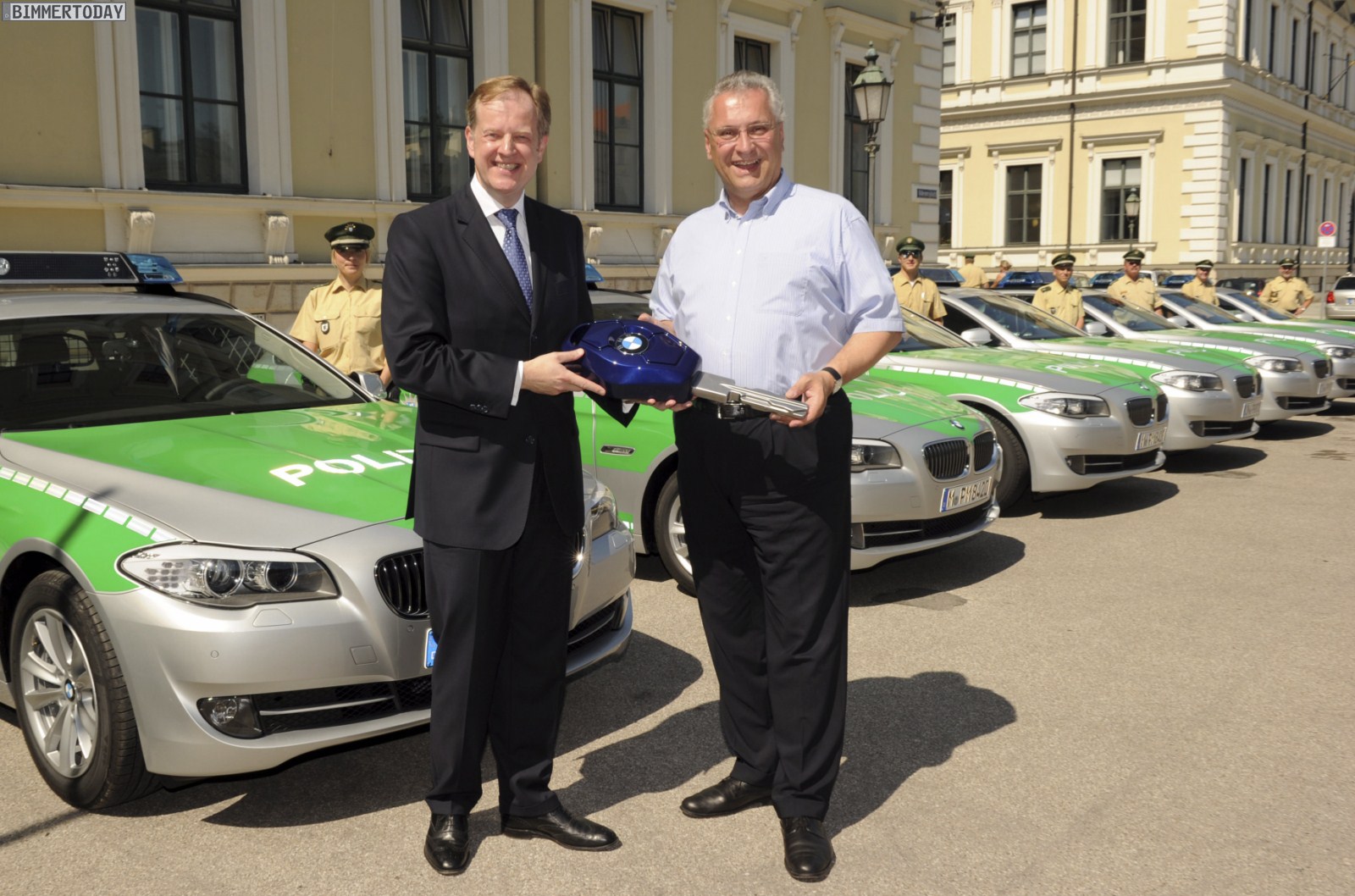