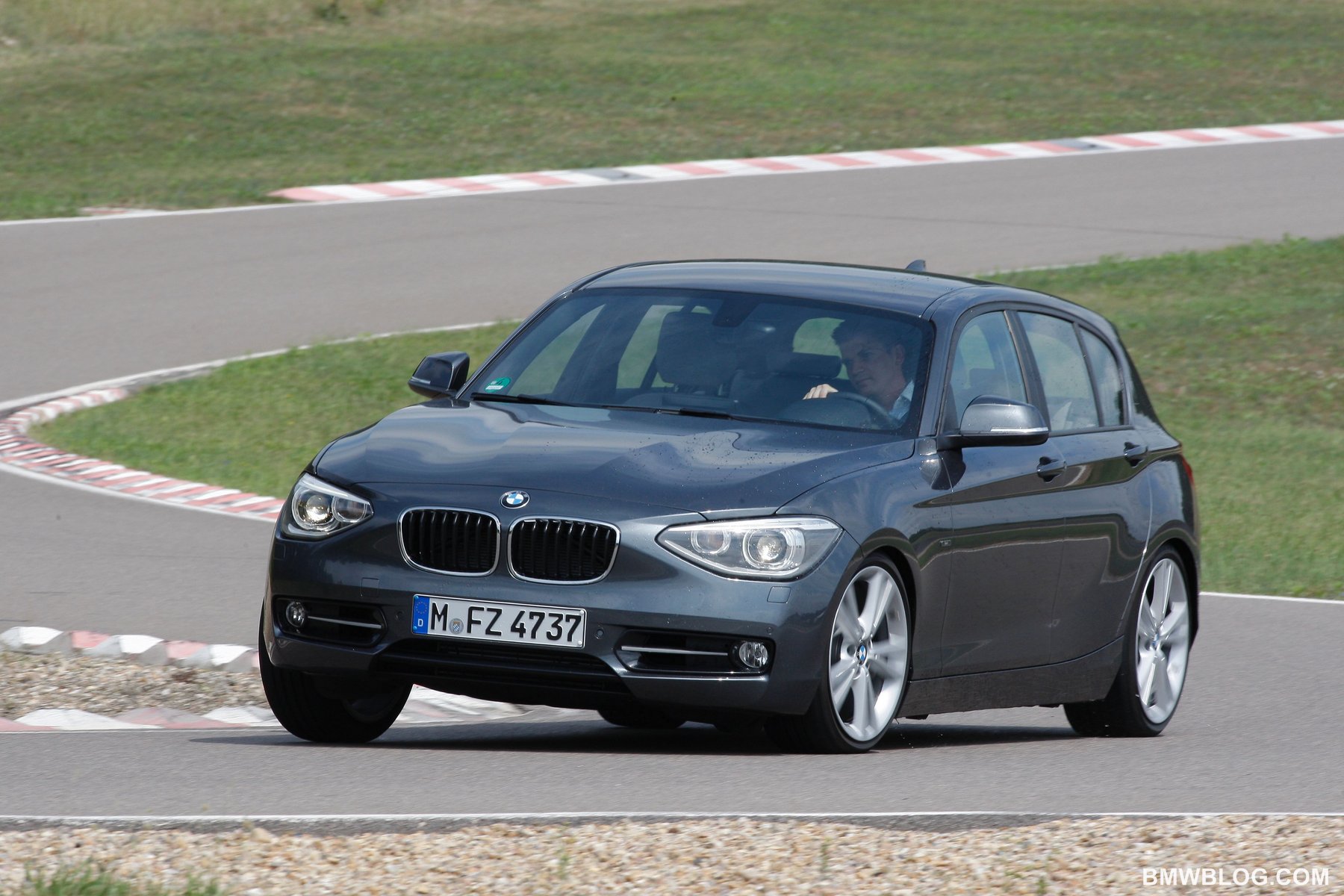 As we wrote prior to the official press launch, Styling wise, the F20 1 Series follows the design language initiated by BMW back in 2009 when the new 7 Series came to market. The car features a bold front that aims to stand out with what we believe are a pair of oversized headlights surrounding a flat and smaller than expected kidney grille.

In the back, the taillights are a bit too busy for our taste with an integrated LED L-shape. The car continues to feature a similar hatch-look as the previous generation with a lower positioned trunk and a a more emphasized trunk-lid. 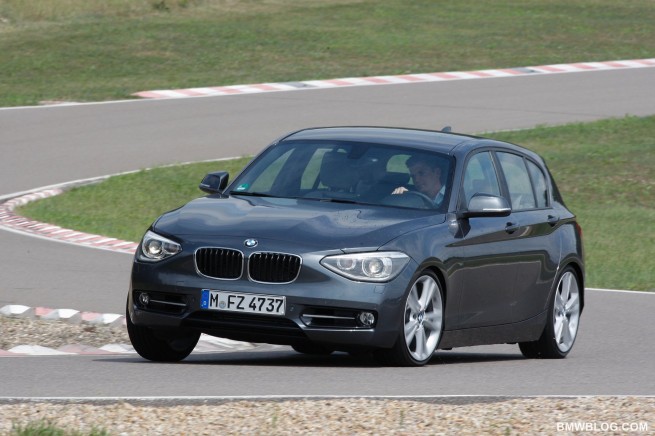 Inside is where the new F20 really shines. The interior upgrades are bringing back the premium feel and touch, along with the usual driver oriented position. The Sports line of the new 1er stands out even more, with beautiful red accents inserted and gorgeous dashboard and gauges.

But how does it drive?

Our test drive editor Shawn Molnar spent some time with the 1er Hatchback in Berlin and here are some his thoughts on the driving experience:

One of the best character traits of the new 1 series is its overt turbocharging. The 1.6 liter was full of playful turbo humor, audibly whining as the turbo spooled under throttle, and hissing as the waste gate dropped the boost pressure. What fun! Why not embellish the cheerful character of this turbo engine instead of trying to mask its forced induction? BMW has done a great job allowing the new 118i’s engine to shine through and delight – not just in performance, but in the sound department too.

The 1.6 liter inline-4 is equipped with Valvetronic, double VANOS and direct injection along with its turbo. The results are staggering from a 1.6 liter: 170 hp, at 4,800 rpm, 184 lb ft of torque from 1,500 rpm to 4,500 rpm, 0-60 in 7.4 seconds, and a blistering top speed approaching 230 km/hour (we believe it was good for more, but we had to get on the brakes for a slower car meandering into our lane). Pivotal to the new 4 cylinder’s performance was its balance and smoothness. Honestly, this was the smoothest 4 cylinder I’ve ever encountered and while it idles a bit rough, above idle it becomes silky – almost fooling you in the cylinder-count department for an inline-6.

Now, let’s have a look at the Fifth Gear review: