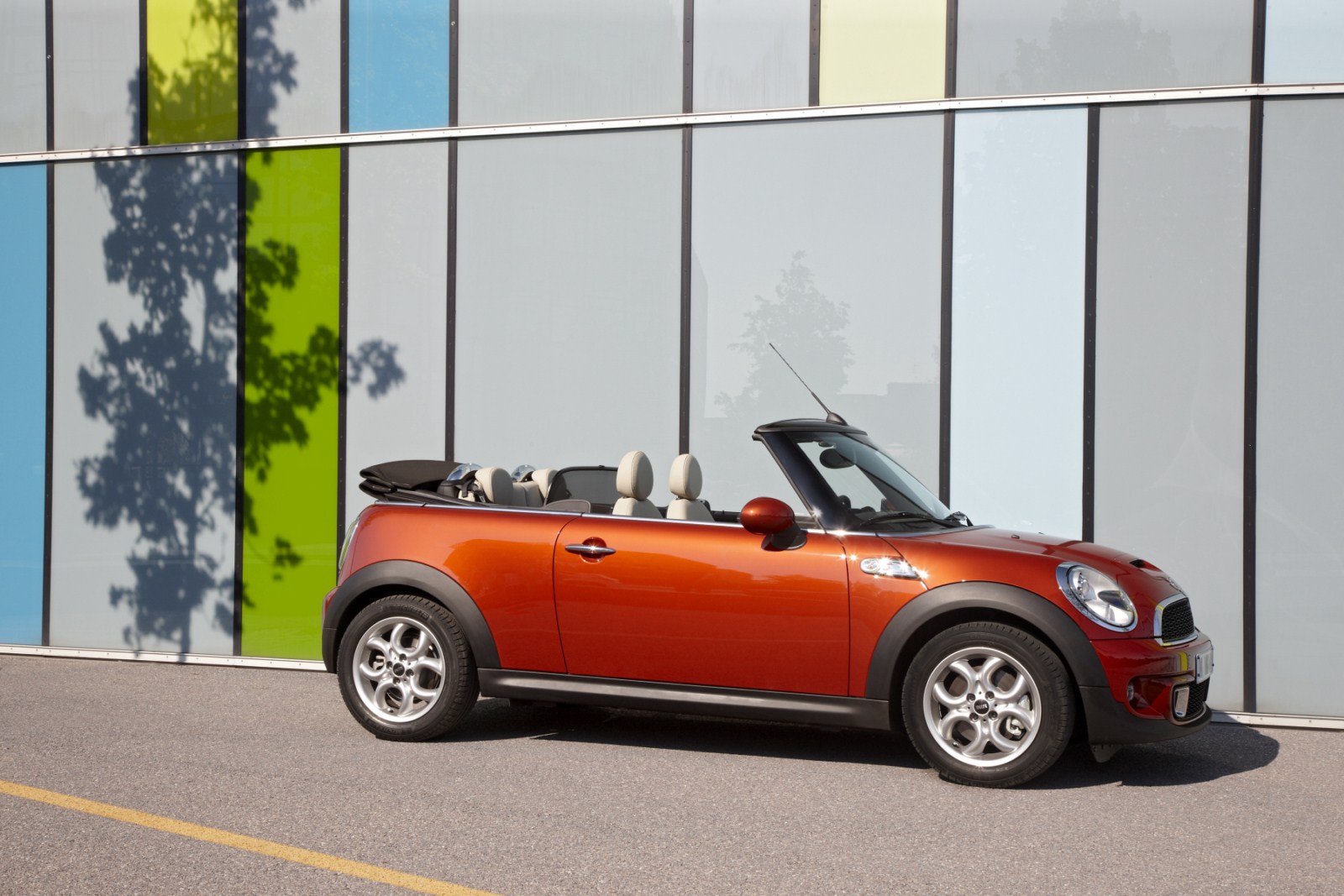 MINI has released earlier yesterday images and information about its facelifted range, which includes MINI, MINI Club and MINI Convertible, and MINI John Cooper Works models. The changes are minimal, however they affect the entire range of models, and they are oriented towards greater customization options available for customers.

The big novelty consists in the introduction of two all-new diesel engines, with increased power and improved fuel efficiency. The MINI models will be equipped with the 1.6-litre four-cylinder units produced by BMW Group, which boast common-rail direct injection and a turbocharger with variable turbine geometry. The aluminium construction of the engines makes them extremely lightweight, and they are also a breakthrough in terms of engine acoustics in the small car segment. 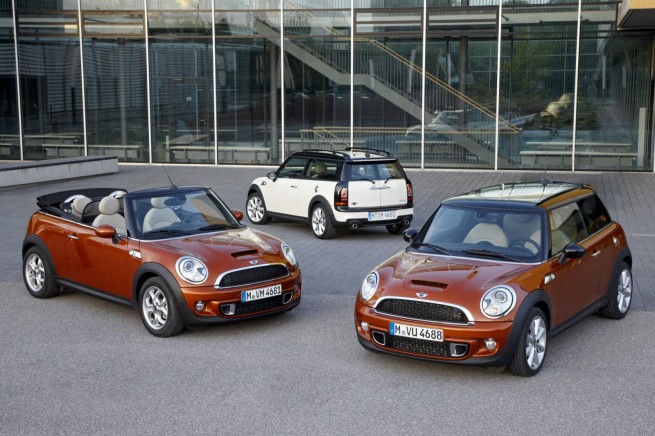 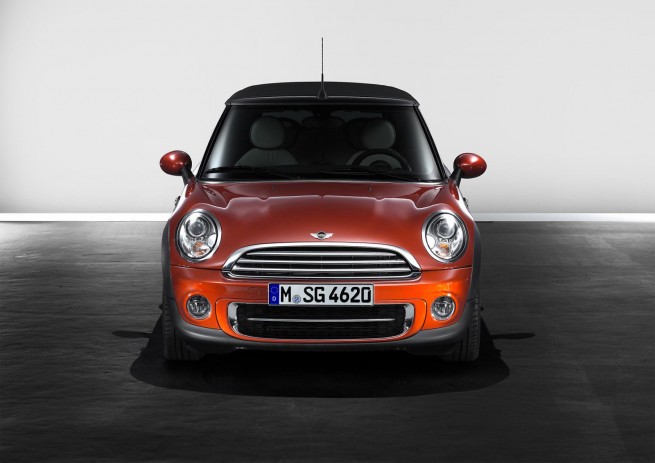 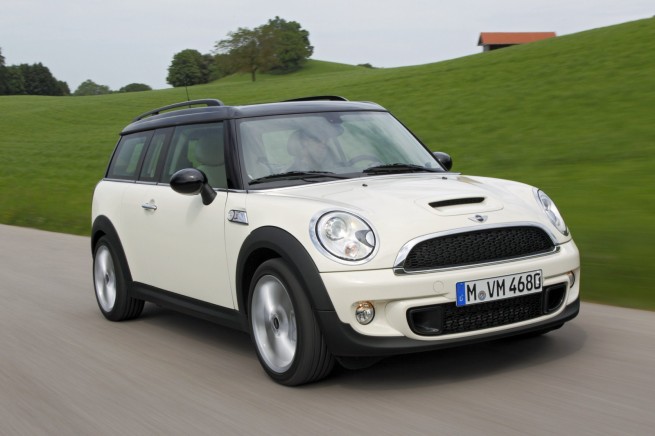 The launch of the new MINI family also sees the debut of diesel technology in the brand’s open-top variant, as MINI introduced the MINI Cooper D Convertible and the MINI One D Clubman. 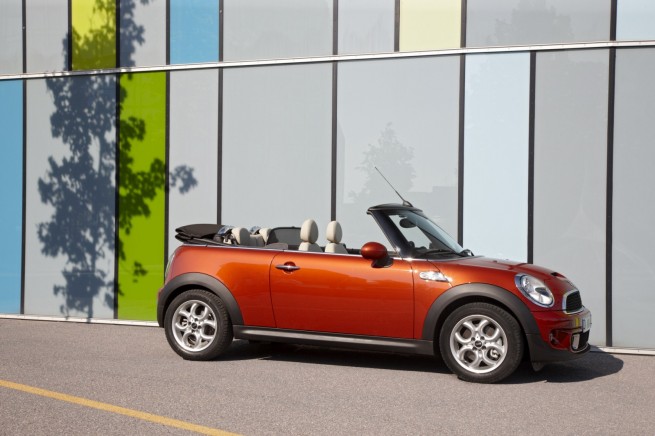 The petrol engines remained unchanged. The MINI family engines will cover now a spread of outputs from 55 kW/75 hp in the MINI One to 135 kW/184 hp in the MINI Cooper S.

MINIMALISM technology sees its way into the MINI diesel models and contributes to the reduction of fuel consumption and emissions. MINIMALISM technology is grouped into model-specific combinations, and includes systems such as Brake Energy Regeneration, the Auto Start/Stop function, Shift Point Display, electromechanical power steering (EPS) and the need-based operation of ancillary components.

Alongside the MINIMALISM technology, all the models in the new MINI family now also boast thermal encapsulation of the entire drivetrain. This addition optimises heat storage between one journey and the next in order to minimise the friction losses in the drive unit which occur as the engine temperature falls, and reduces fuel consumption from cold starts, by shortening significantly the warm-up period.

Design wise, the front bumper on each model has been redesigned to allow them to meet more effectively the pedestrian protection requirements. All models come with LEDs for the rear lights and brake lights, as well as the dynamic brake light function. To enhance the aesthetics, the air intake in the front bumper has been revised, and the brake air ducts add an extra stylistic flourish to the MINI Cooper S.

At the inside, MINI has redesigned the controls for the audio and air conditioning systems, to ensure optimized functionality and ergonomics. The customer can now choose between three customization packages – called “design worlds”: Rally, Classic and Scene – which include body paint finish, roof colour, wheel design, upholstery, trim elements, Colour Line and other visual features.

To assort the exterior, MINI offers now a series of exterior paint finishes and wheel designs. British Racing Green, Spice Orange and – for the MINI Cooper S – Eclipse Grey will be offered from launch, while Ice Blue will be available at a later stage. 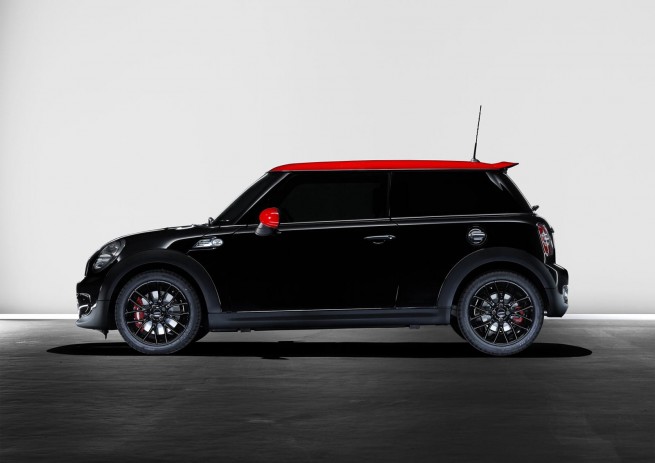 Chili Red is also one of the novelties in terms of exterior paint, available exclusively for MINI John Cooper Works and MINI John Cooper Works Clubman as a contrast colour for the roof and exterior mirror caps. And to complement the effect, the standard-fitted 17-inch light-alloy wheels in Cross Spoke Challenge design can also be specified in black as a no-cost option for the MINI JC Works models.

In terms of equipment, the MINI family benefits now from an extended range of items: Adaptive Headlights for MINI, MINI Clubman and MINI Convertible in conjunction with the optional xenon headlights, and automatically dimming exterior mirrors and new ambient lighting covering a broad spectrum of colours. 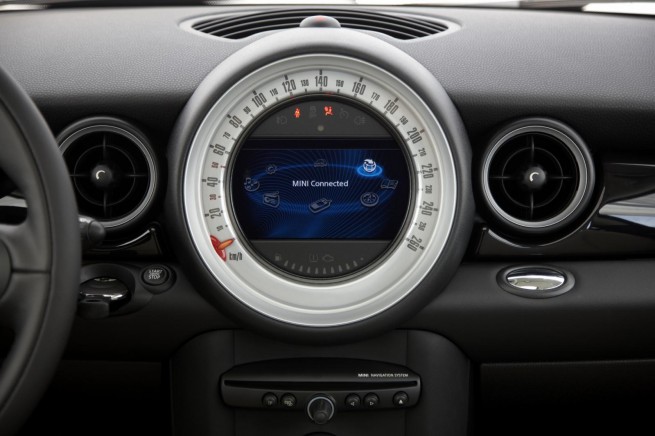 The tech features include a new multimedia system, called MINI Connected, which integrates Apple iPhone into the car’s system architecture and allows its telephone, music player and online functions to be operated using a joystick, steering wheel buttons and the on-board monitor. Using an application available from the Apple AppStore, users can receive now Facebook and Twitter posts inside the car, display them on the on-board monitor and have them read out via the optional MINI Connected voice output function. The radio systems, the navigation system and the Bluetooth were updated.

The facelifted MINI family will have its market launch on September 18, 2010.