The new BMW X5 is set to arrive in dealerships later this year and to ensure that customers order their cars configured to their exact specification, the first online configurators have surfaced this week, for…

The Rolls-Royce Cullinan is finally out and, as expected from the biggest car the British company made, it made a splash as soon as it came out. Coming filled with all sorts of metaphors emphasizing… 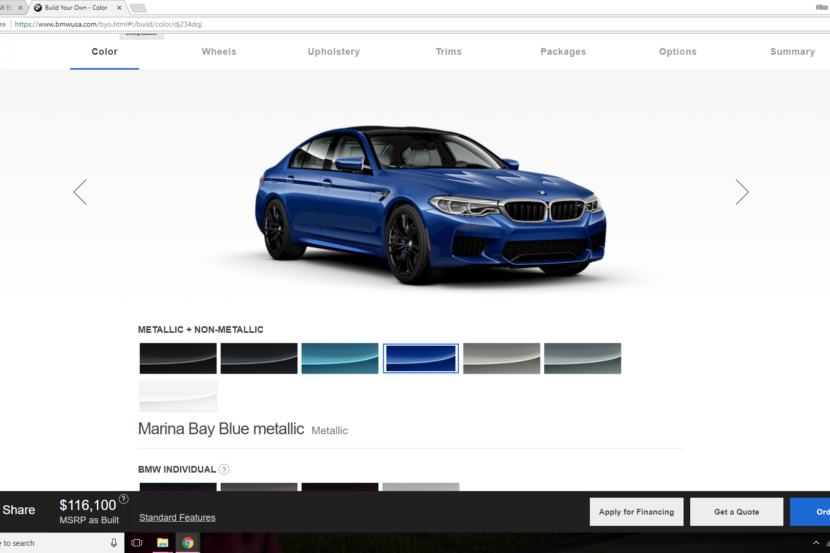 Now that the F90-generation BMW M5 has finally been revealed, fans with enough cash are champing at the bit to customize the car they’re eventually going to buy. They want to pick out colors, options…

Video: BMW Online Gets Funny Ads in the UK

Buying yourself a brand new BMW can be a deeply satisfying experience. Configuring a car from scratch to make it exactly as you dreamed it is what car buying should be all about. Car makers…

BMW Individual Visualizer Allows You to Choose the Perfect Color

The moment a lot of people have been waiting for is finally here, the BMW USA website now having a live 2018 BMW X3 configurator which will allow you to see exactly how much a…

The BMW M2 is definitely the best bang for your buck car you can get out of the entire Bavarian line-up these days. The popular Coupe recently received a well-deserved facelift and now looks even…

The title of the biggest MINI ever put into production now goes to the Countryman, after sweeping it from the Clubman model which was also recently unveiled. However, the price difference between the two isn’t…

Alpina B7 Configurator Is Now Online on BMW USA Website

The world has been waiting for a BMW M7 for quite some time now. Even though Mercedes-Benz has fully-fledged AMG models out on sale in the guise of the S63 or S65 versions of its…