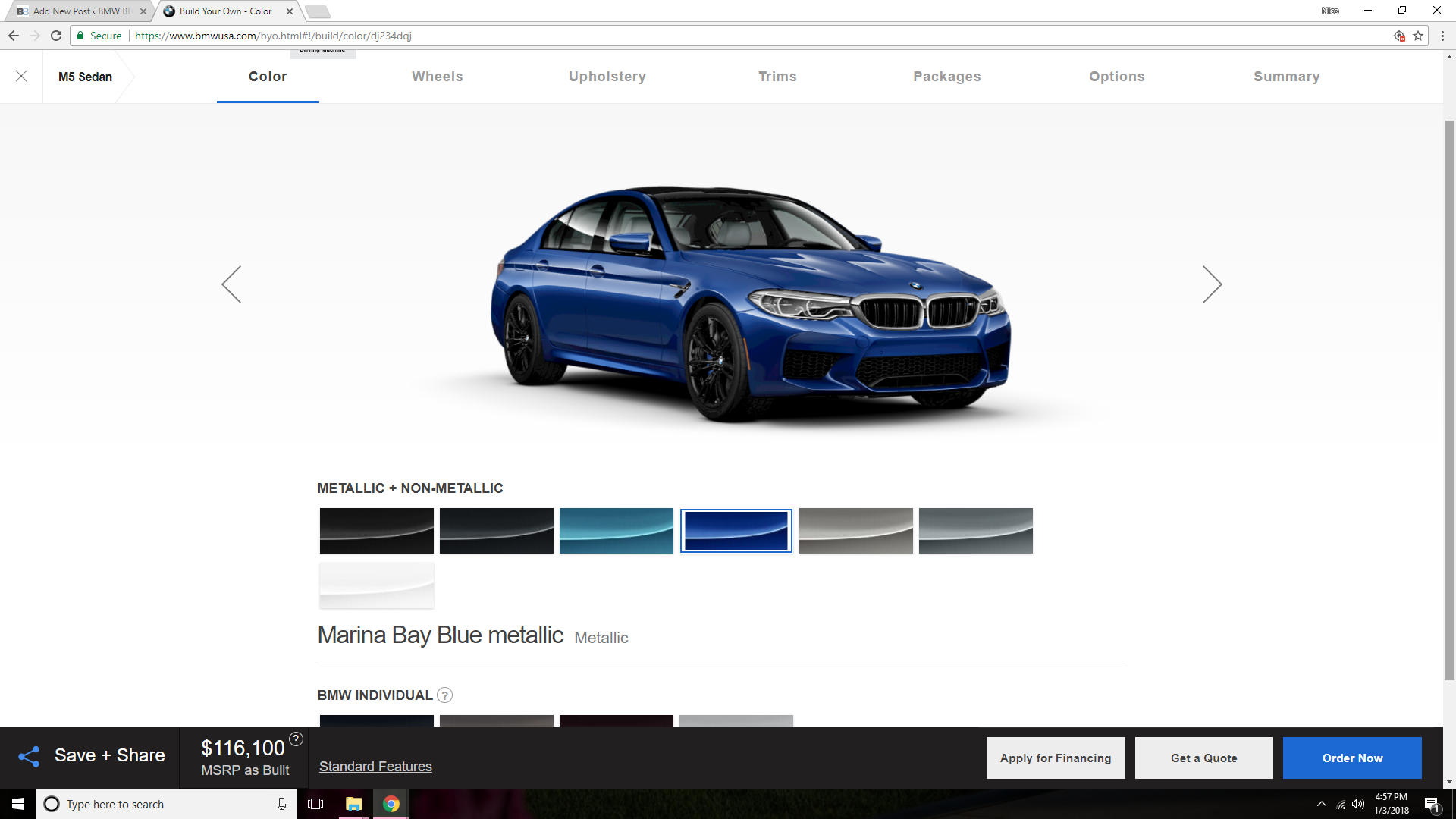 Now that the F90-generation BMW M5 has finally been revealed, fans with enough cash are champing at the bit to customize the car they’re eventually going to buy. They want to pick out colors, options and wheels so that their M5 is perfect. Those lucky fans can now do so, as the online configurator for the BMW M5 has just gone live on BMWUSA. Who am I kidding, though, this configurator is going to be used by nerds like me who want to build the perfect M5 that we can’t afford. It’s fun to play around, don’t judge me.

So now we’re going to play a little game of “I’ll show you mine and then you show me yours”. Stop it, perverts, I’m talking about out configured M5s. I’ll tell you exactly how I’d set mine up and then you tell us how you’d set yours up. Got it? Got it.

First, we must choose the color. I have to say, though, I’m not in love with the color choices. Where’s an interesting red or orange? How about some frozen colors? What would be perfect is if BMW offered the Frozen Red that all “First Edition” models came available with. That was a great color and we wish it was available on all M5s. Still, a regular red or even Sakhir Orange would do and a frozen color other than red would be nice, too. If someone is spending six-figures, they should be have some cool color options. Being that nothing really interested me, I went with the Marina Bay Blue, as it’s the prettiest and most eye-catching color. 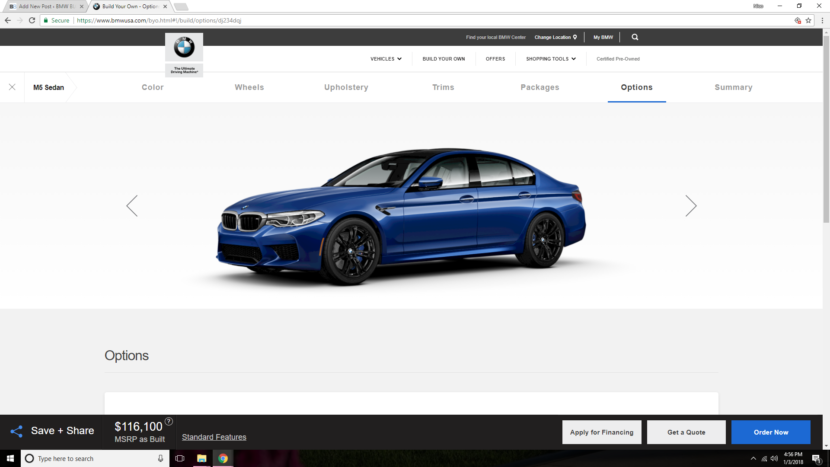 As for wheels, I chose the all black 20″ option. I think the gloss black wheels look good against the deep blue paint, especially with the blue brake calipers. Speaking of blue calipers, I won’t go for the optional carbon ceramics, which come with gold calipers, as they aren’t great in normal driving and I would never track a six-figure super sedan as luxurious as the M5. I know it can handle it and do really well but if I want to go to the track, I want something smaller and far lighter.

Inside,  I’d choose the Silverstone Extended Leather, as it’s the best color choice for me. All black is too boring and the Aragon Brown looks too luxurious to be in such a high-performance car. I’d also get the darker aluminum trim, rather than either the lighter one or the wood.

As far as packages go, load em up. Why the hell not? If you’re spending six-figures to begin with, get it loaded. There aren’t that many options or packages anyway. There’s the Driver Assistance Package and the Executive Package, both are great and worthwhile. The latter is pricey, at $4,000, but it comes with a lot of kit, such as the Surround View 3D camera system, WiFi capability and soft-close doors.

I’d also get every option except the sunroof and the carbon ceramic brakes. The Bowers & Wilkins Diamond Surround Sound system is expensive, at $3,400, but it’s incredible and worth every penny. What’s frustrating, though, is the fact that in a car that costs over $100,000, Apple CarPlay is still a $300 option. Why?

Anyway, that’s my BMW M5. It looks just like the one you’ve seen in all of the press photos and that’s because it’s the best color combination, in my opinion.