The new F40 BMW 1 Series is a controversial car from the get go. Nobody was actually surprised to learn that the new car is now built atop a front-wheel drive platform. BMW announced it for quite some time now but some people have been declaring themselves surprised by the car’s design. Since the new BMW has a whole different setup underneath though, that was only to be expected. Now, you can also configure your own and try and find a combination that works.

What you should know is that, at the moment, your selection is rather limited. The cheapest model is the 118i, which is the only petrol choice other than the top-dog M135i model. The 118i uses a 3-cylinder 1.5-liter engine making 140 HP and it’s available with a manual gearbox – a rather fun choice at 28,200 Euros. Of course, that starting price doesn’t include a lot, and it will go up fast once you start ticking options. 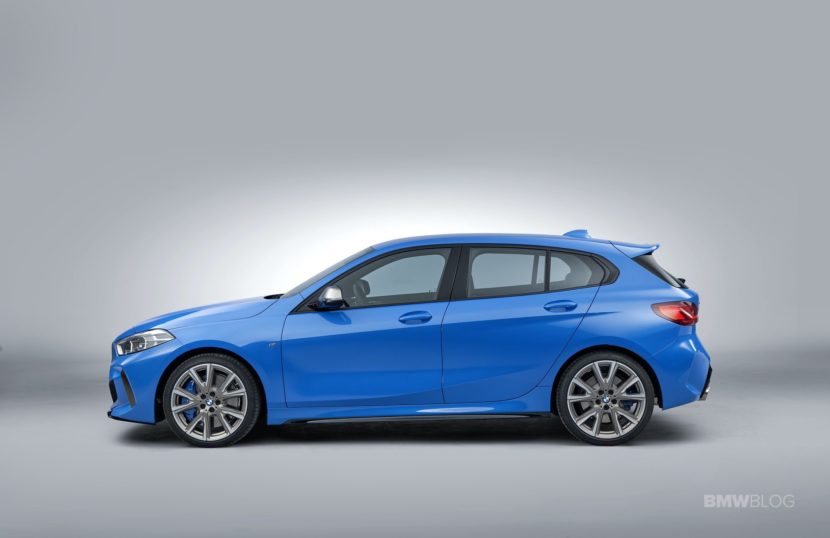 At the other end of the spectrum we find the M135i xDrive, available only with an automatic gearbox, starting at 48,900 Euros, but coming with a lot of kit as standard. On the diesel side of things you get three choices. The cheapest is the 116d, starting at 30,910 Euros. It has a manual option too for the 116 HP diesel engine under the hood. The 32,400 Euro 118d also comes with a manual. Get the automatic gearbox and the price goes up to 34,500 Euros.

Then there’s the pick of the range, the 120d available only with xDrive and an automatic gearbox for now. The 190 HP 2-liter diesel engine will cost 38,400 Euros to start with and 550 Euros more if you want to get Launch Control as well for a 0-100 km/h (62 mph) sprint of 7 seconds. Those are all starting prices and I have to warn you that things can get pretty expensive really fast, but you can get a better idea as to how much the perfect 1 Series would set you back with this configurator.