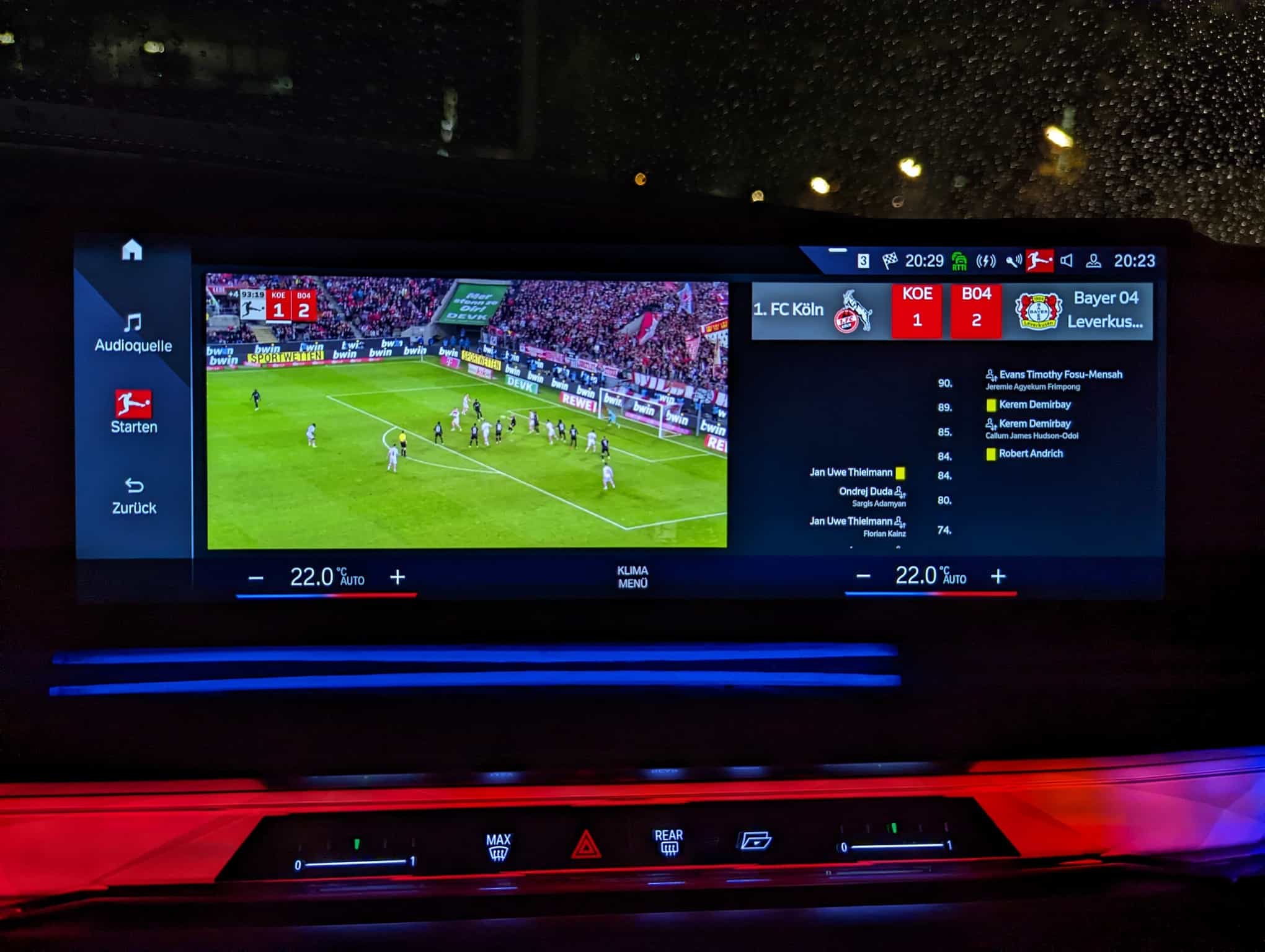 In October 2022, BMW announced plans to add casual video games to cars equipped with iDrive 8. If you’re looking for a different type of entertainment while you kill time, an over-the-air update is coming to the 7 Series G70 providing on-demand content from Bundesliga. The pilot program is initially being introduced in Germany and is programmed to run until March 31, 2024.

Football fans who watch the German league and own BMW’s latest flagship are in for a treat as the RB Leipzig vs. FC Bayern game will be broadcasted live on January 20. To benefit from the video streaming functionality, they’ll need to activate the Personal eSIM. The app is pushed to the vehicle overnight. The customer starts the car and the app appears among the entertainment apps. It should be a silky smooth stream on the 14.9-inch curved display since the sedan’s built-in antenna supports a 5G connection. 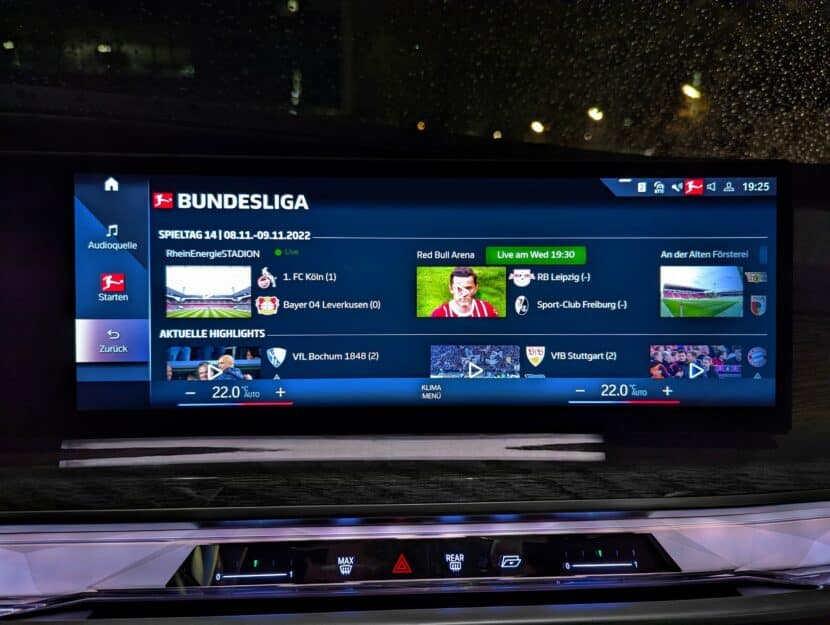 By now you’re probably thinking that watching a football game on the car’s screen while driving is a massive distraction and therefore a huge hazard. That’s certainly true, which is why the video stream only works when the 7 Series is stationary. Once you get going, it automatically shuts off, but not entirely as the audio stream will continue to work.

One neat feature is called “in-match highlights,” which are automatically generated during the game using artificial intelligence. Specifically optimized for in-car use, it relies on AI algorithms to detect important moments of the game and make them available as short clips, complete with English commentary. The Bundesliga In-Car App also contains summaries of match days, with further developments of the app planned.

Following its launch in Germany, the Bundesliga In-Car App will be introduced shortly thereafter in Austria and Switzerland. In the medium term, BMW intends to roll out the free OTA update in the UK and US, with Asian countries to follow at a later date. Another good news is that while it only works on the 7 Series for now, newly launched models will provide access to the on-demand service. 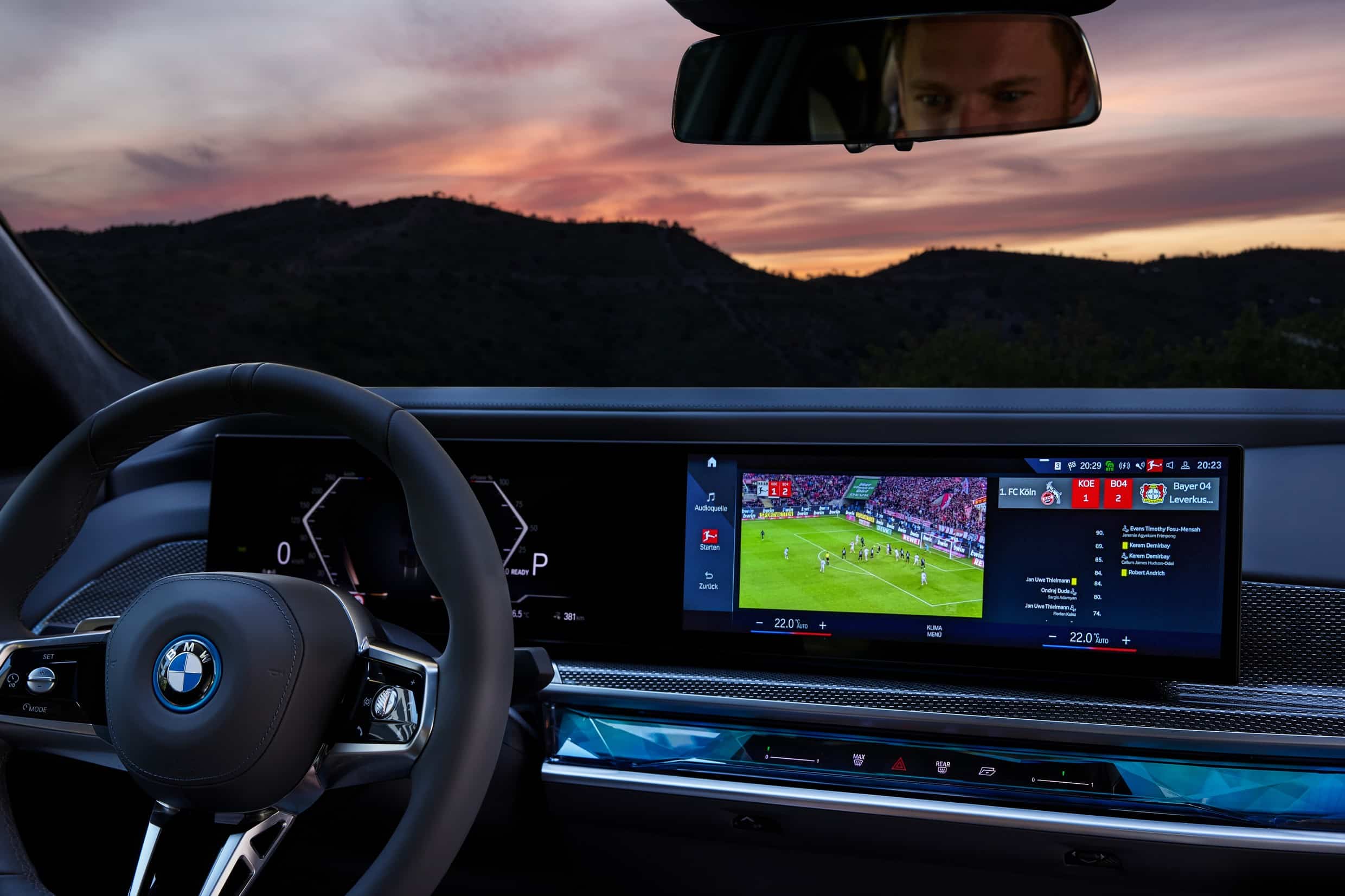 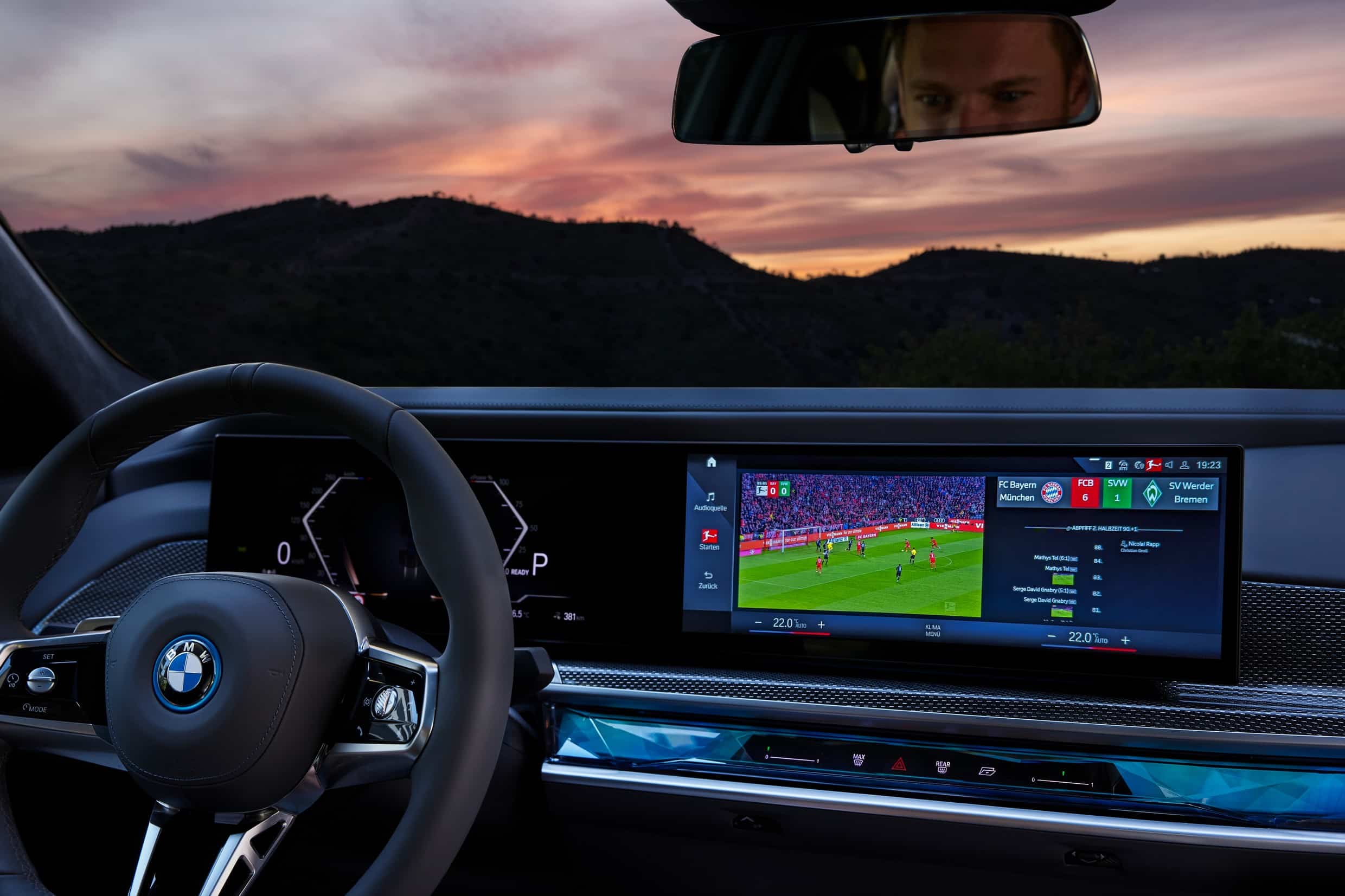 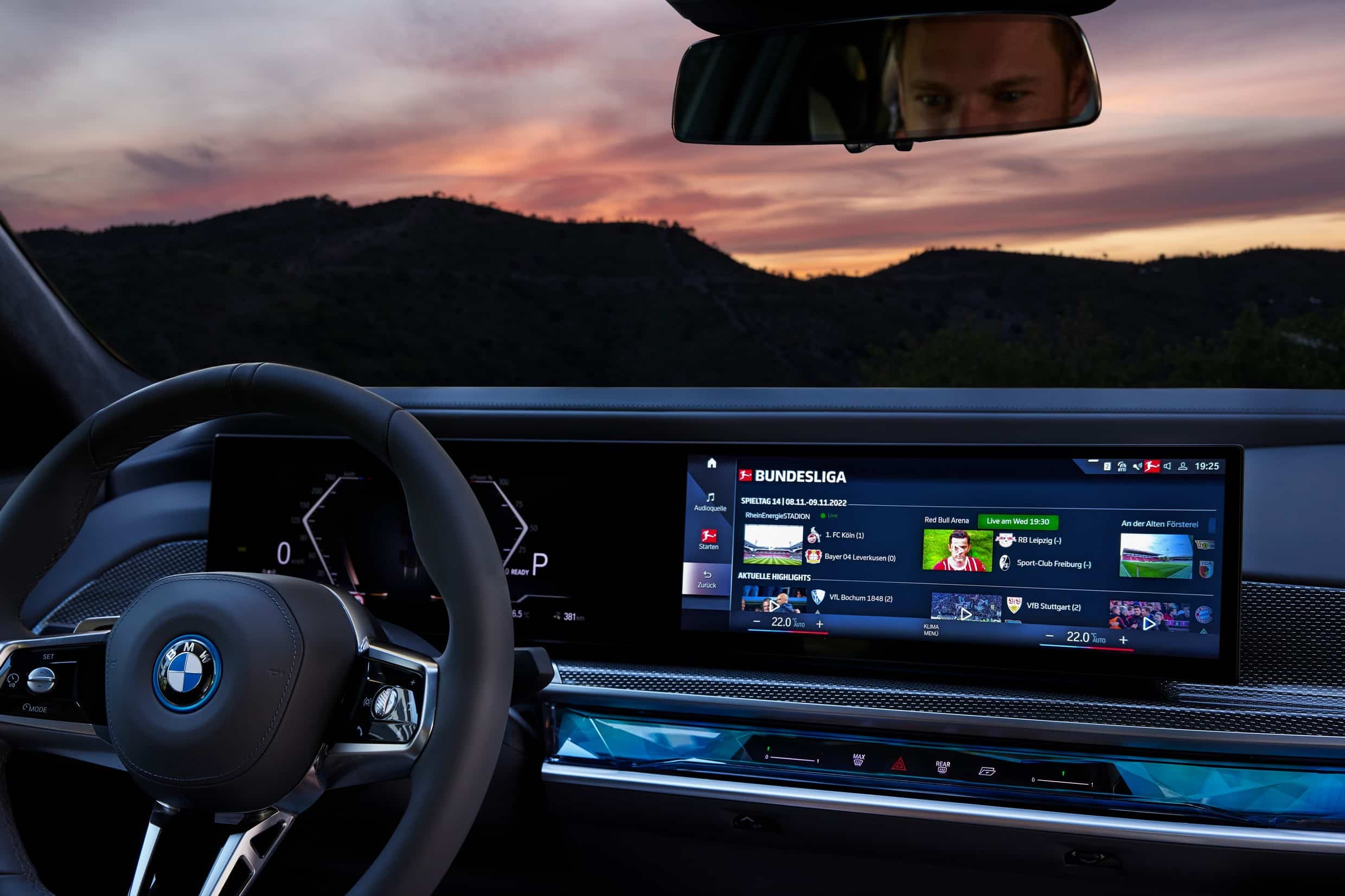 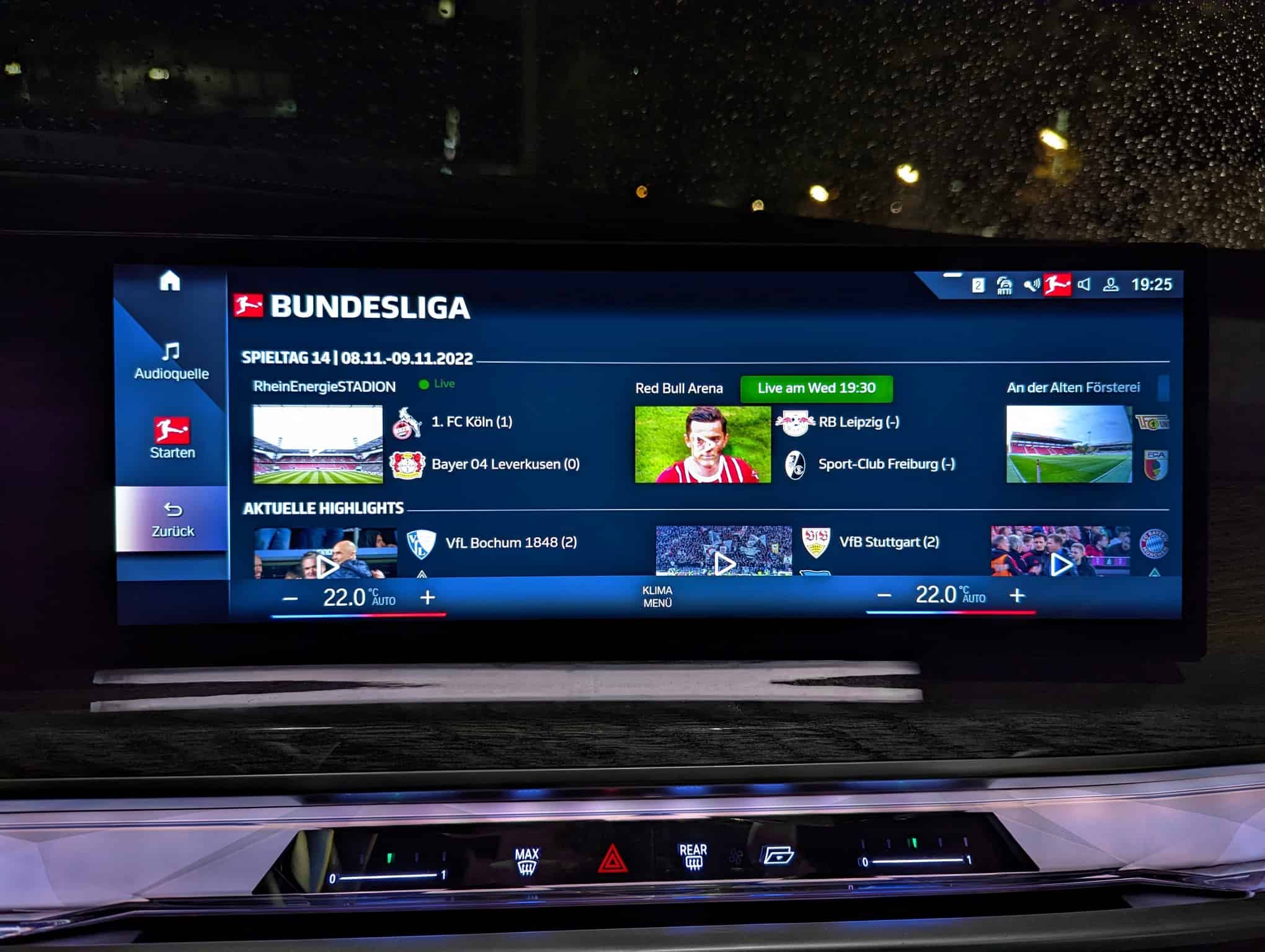