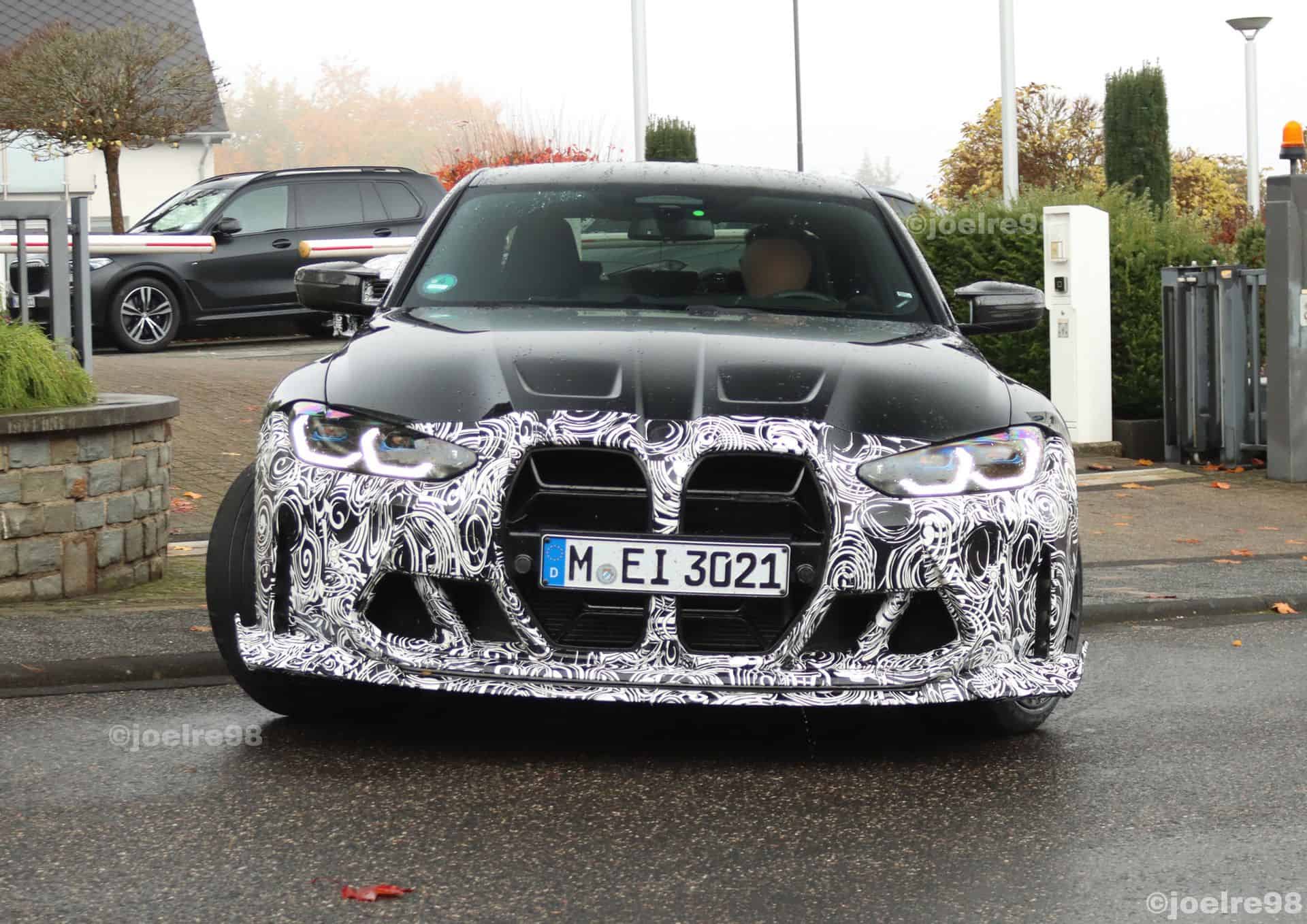 Even though the M3 CS won’t debut until the end of the month, BMW has already suggested it might follow up on the super sedan with an equivalent coupe version. In an interview with BMWBLOG at the beginning of December, M CEO Frank van Meel said there is room in the lineup for an M4 CS to echo the namesake limited-run special edition offered during the F82 generation.

An interesting comparison of spy shots seemingly reveals BMW has already commenced testing of an M4 CS. Featuring a lovely burgundy color and a carbon fiber roof, the coupe prototype has a CSL-like front bumper and grille also seen on the M3 CS. We can observe it boasts a rear bench since a potential Clubsport version would not go through the same extreme diet applied to the CSL to lose 100 kilograms (220 pounds). Anywhere between 20 to 30 kg (44 to 66 pounds) shaved off (or possibly a bit more) seems plausible for both the M3 CS and M4 CS. We’ll remind you the first-gen M4 CS lost 32 kg (71 lbs).

An internal document that emerged online near the end of last year showed the S58T engine making 543 hp in the M3 CS. That happens to be the same output available in the M4 CSL, and logic tells us an M4 CS would have an identical output. Unlike the rear-wheel-drive-only CSL, the M3 CS will be offered strictly with xDrive, and by extension, so should its two-door sibling.

An M4 CS is likely to come along with the iDrive 8 since the performance coupe has yet to transition to BMW’s latest infotainment system. It’s probably only a matter of time before the 4 Series will get the dual-screen setup since the 3 Series already made the switch for the 2023 model year. It remains to be seen whether an M4 CS will end up as a 2024MY or not.

BMW is likely to make more than the 1,000 units planned for the M4 CSL since a CS variant would be less exclusive. Logic tells us the asking price will undercut the $139,900 CSL while commanding a significant premium over the $82,700 M4 Competition xDrive. Somewhere in the region of $100,000 seems like a safe bet, especially with a few added options.