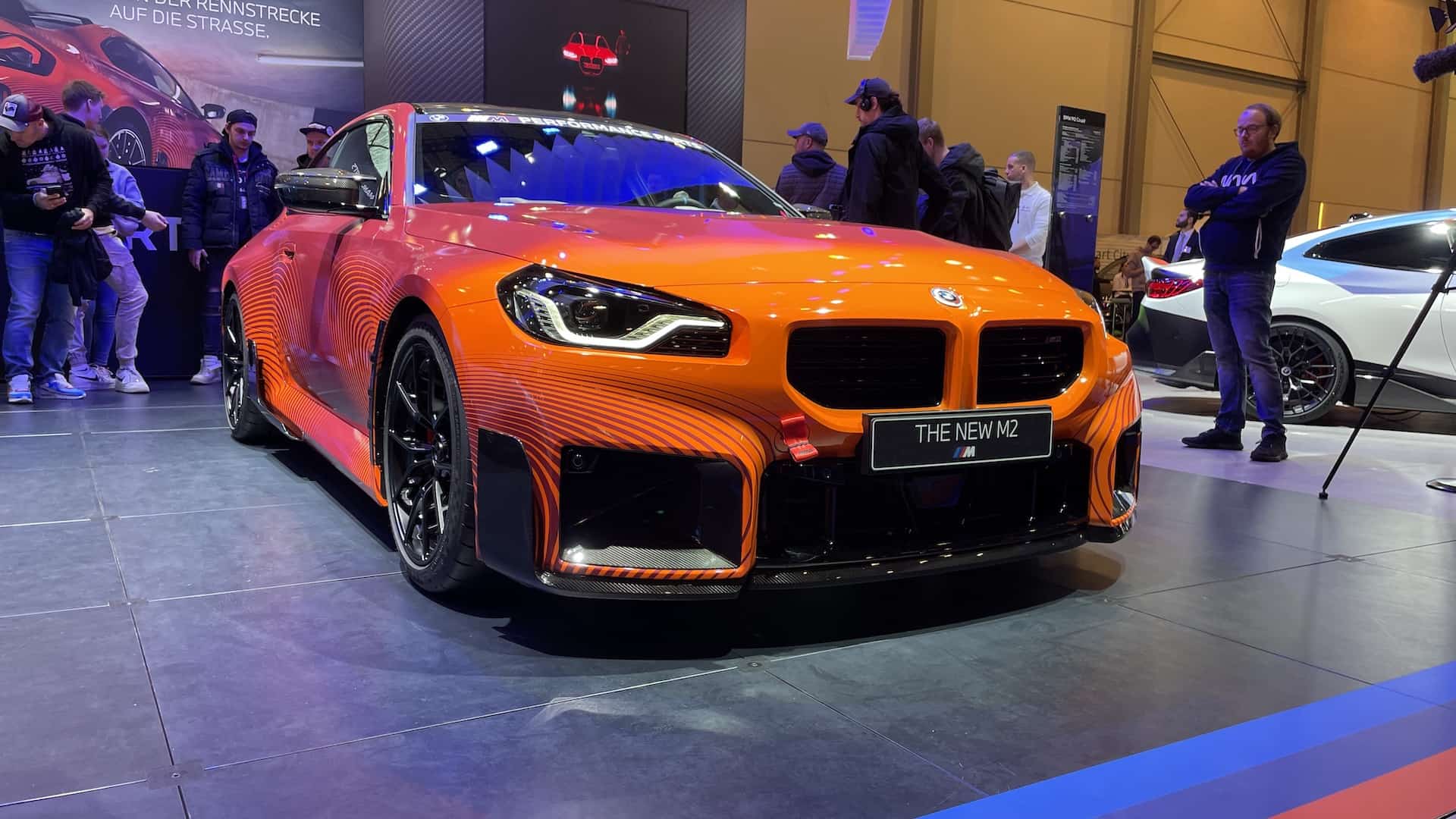 Now that the BMW M2 is here, and customers are placing their orders, many future owners will be looking very closely at the M Performance Parts catalog. There are plenty of reasons to go with BMW’s factory M Performance Parts over traditional tuning companies and they’re becoming more and more popular every year. So it makes sense that the M Performance catalog is expanding and featuring more interesting parts, as seen on the M2 at the 2022 Essen Motor Show.

By now, you’ve likely already seen BMW’s M Performance-covered M2. It’s a promotional car that’s been making its media rounds for months. It features a unique orange wrap and just about every M Performance part you can get. So if you want to essentially see the catalog come to life, check out these live photos from the Essen Motor Show. 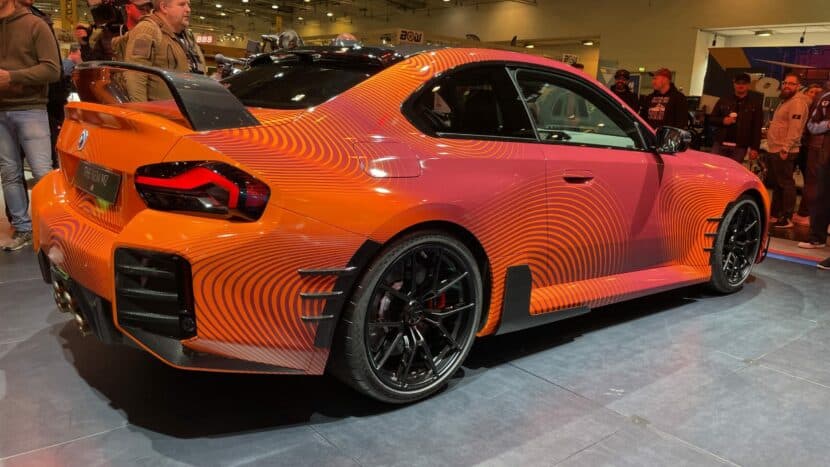 There are plenty of interesting M Performance parts for the new BMW M2. The first ones you notice are the carbon fiber aero bits, such as the large fixed rear wing, the front splitter, the side skirts, and the front fender strakes. There’s also a rear diffuser, which houses a new M Performance exhaust. That exhaust features a new exhaust pipe arrangement,  which its quad pipes stacked sort of triangularly in the center of the rear bumper, rather than having two adjacent pipes flanking the sides of the bumper, as per usual. It’s a design many enthusiasts are unsure about but, if you’re choosing to add this exhaust, you clearly like the design.

As expected, there are some mechanical upgrades as well, such as a coilover suspension, that lowers the ride height and increases handling performance. The suspension is manually adjustable and owners can play with the ride height, as well as the feel, of the coilovers. 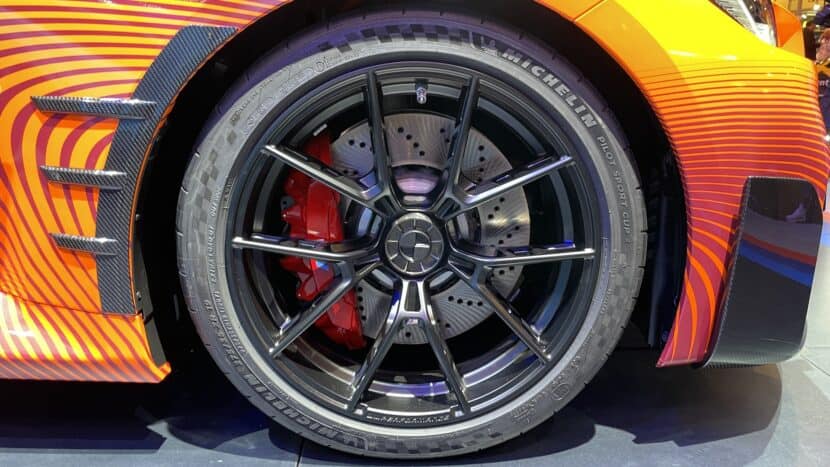 However, the biggest news from the M Performance Parts catalog is BMW’s new center-locking wheels. Center-locking wheels have just one central lug that holds the wheel on, which is what race cars use for quick pit stop wheel changes. Do road cars need center-locking wheels? Of course not but it’s cool. Plus, Porsche has been using them on its GT cars for years and customers love how cool they are, so it’s fun that BMW is now offering them too.

If you’re thinking about ordering a BMW M2 but don’t know if you want any M Performance Parts, check out these photos to see what they look like in the flesh. [Photos: Jonas for Bimmertoday] 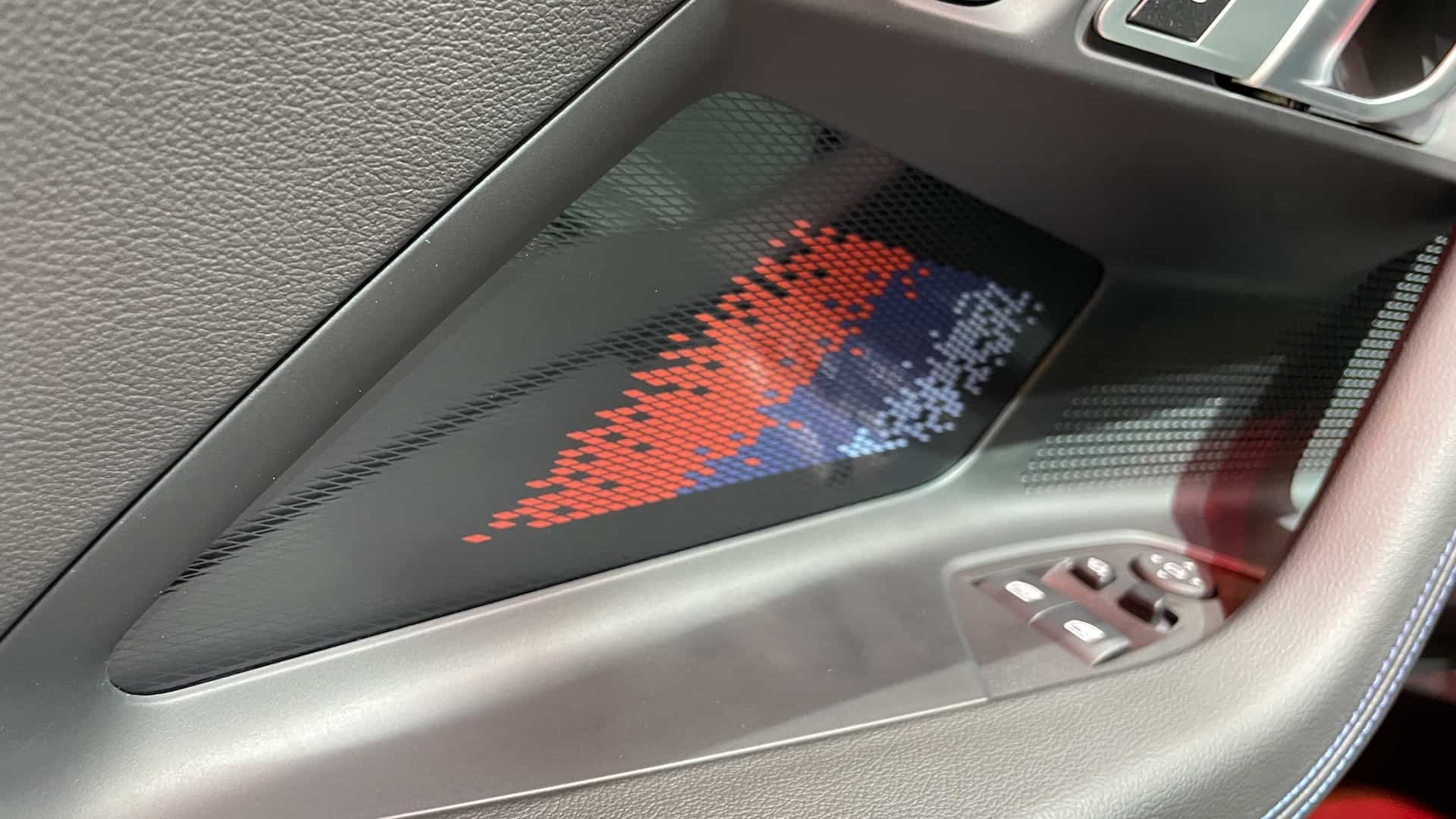 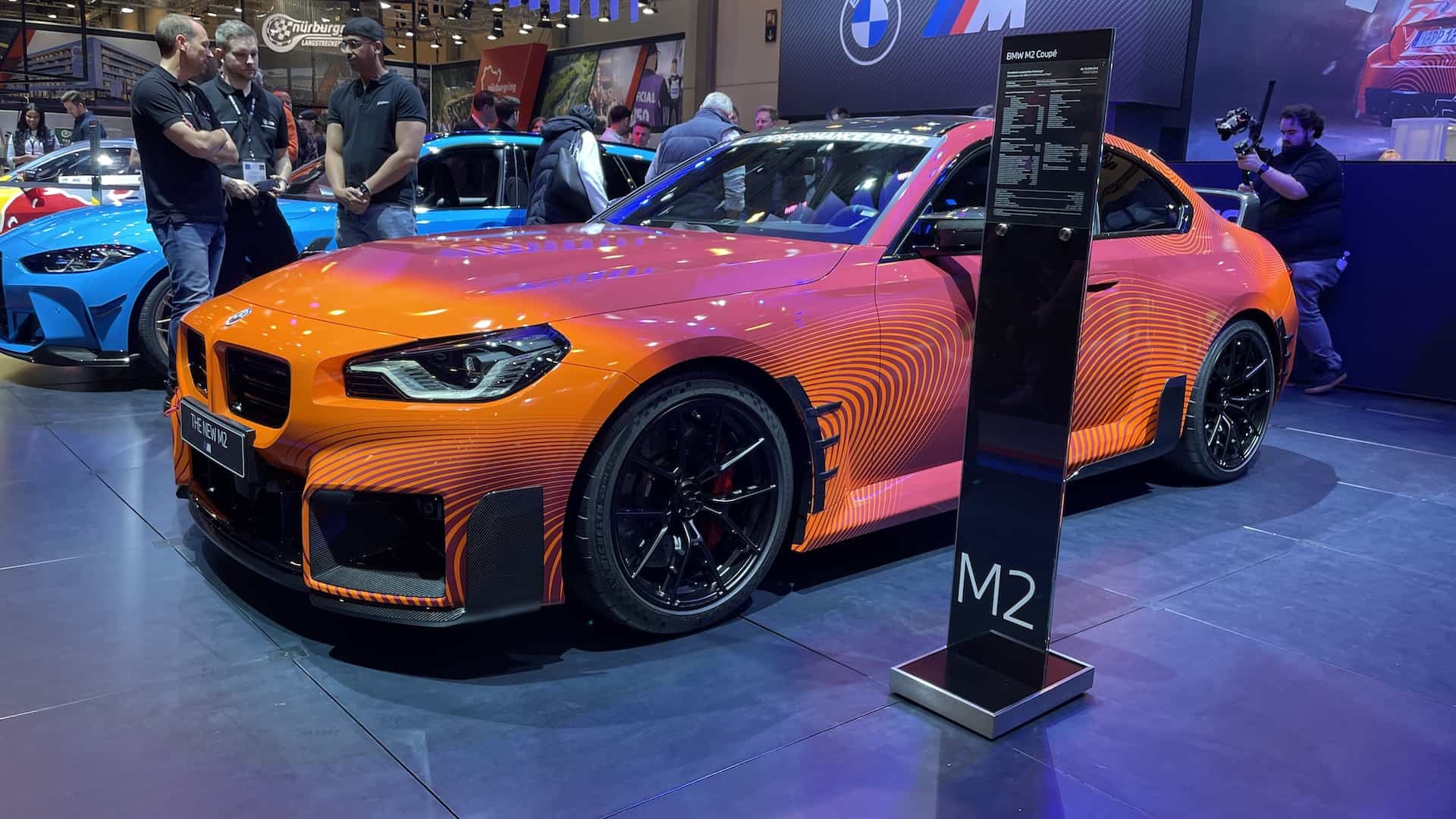 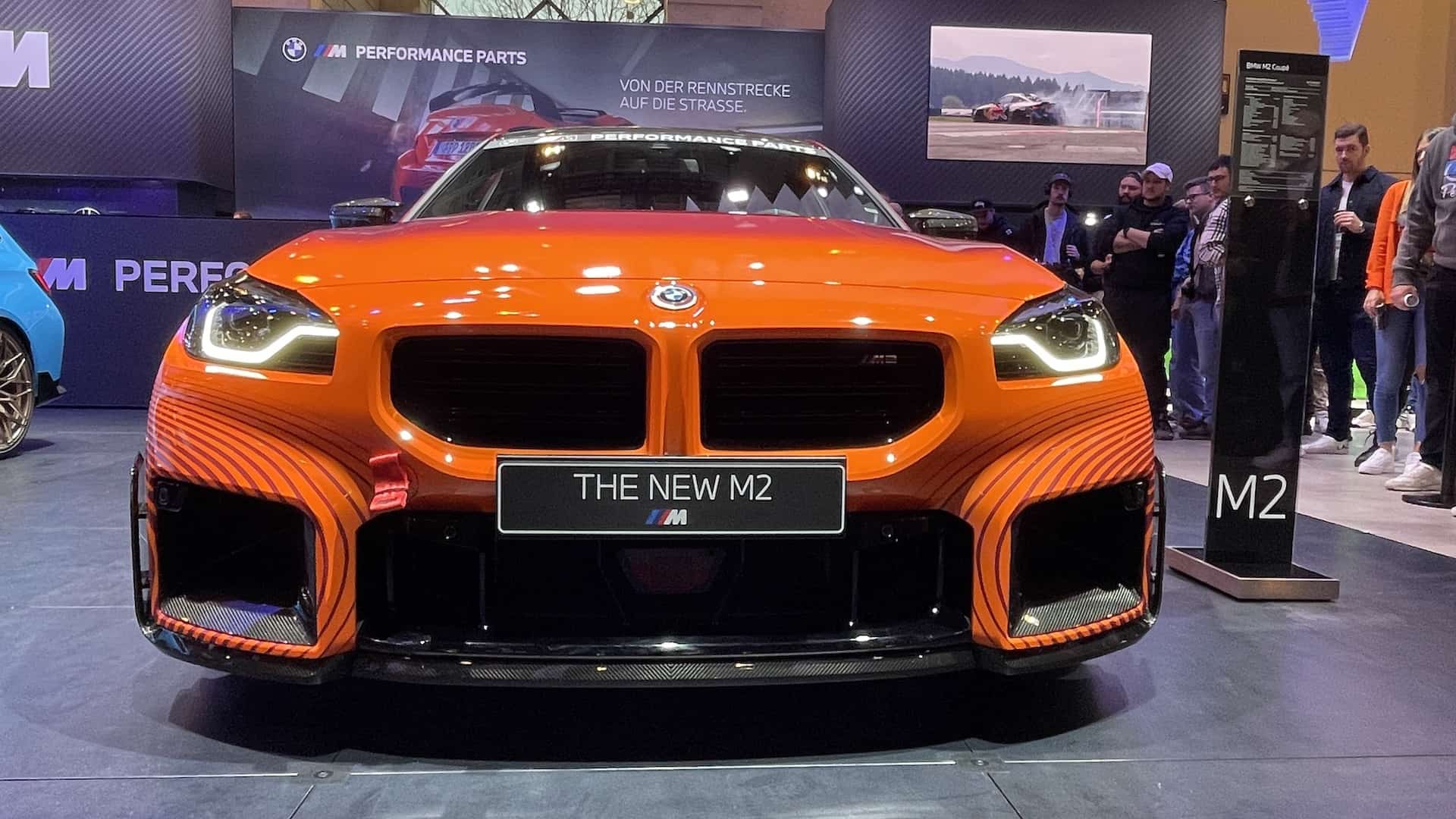 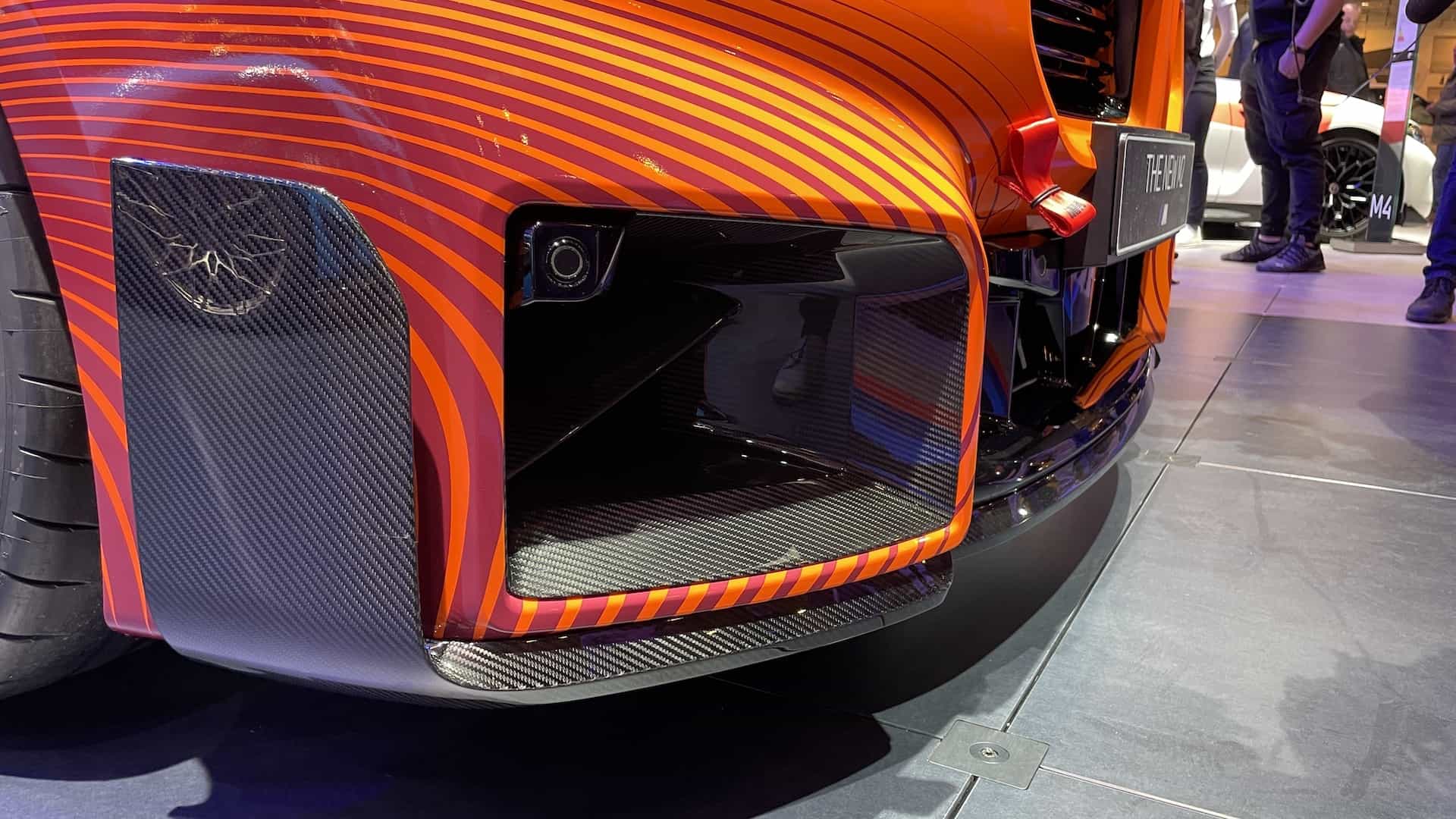 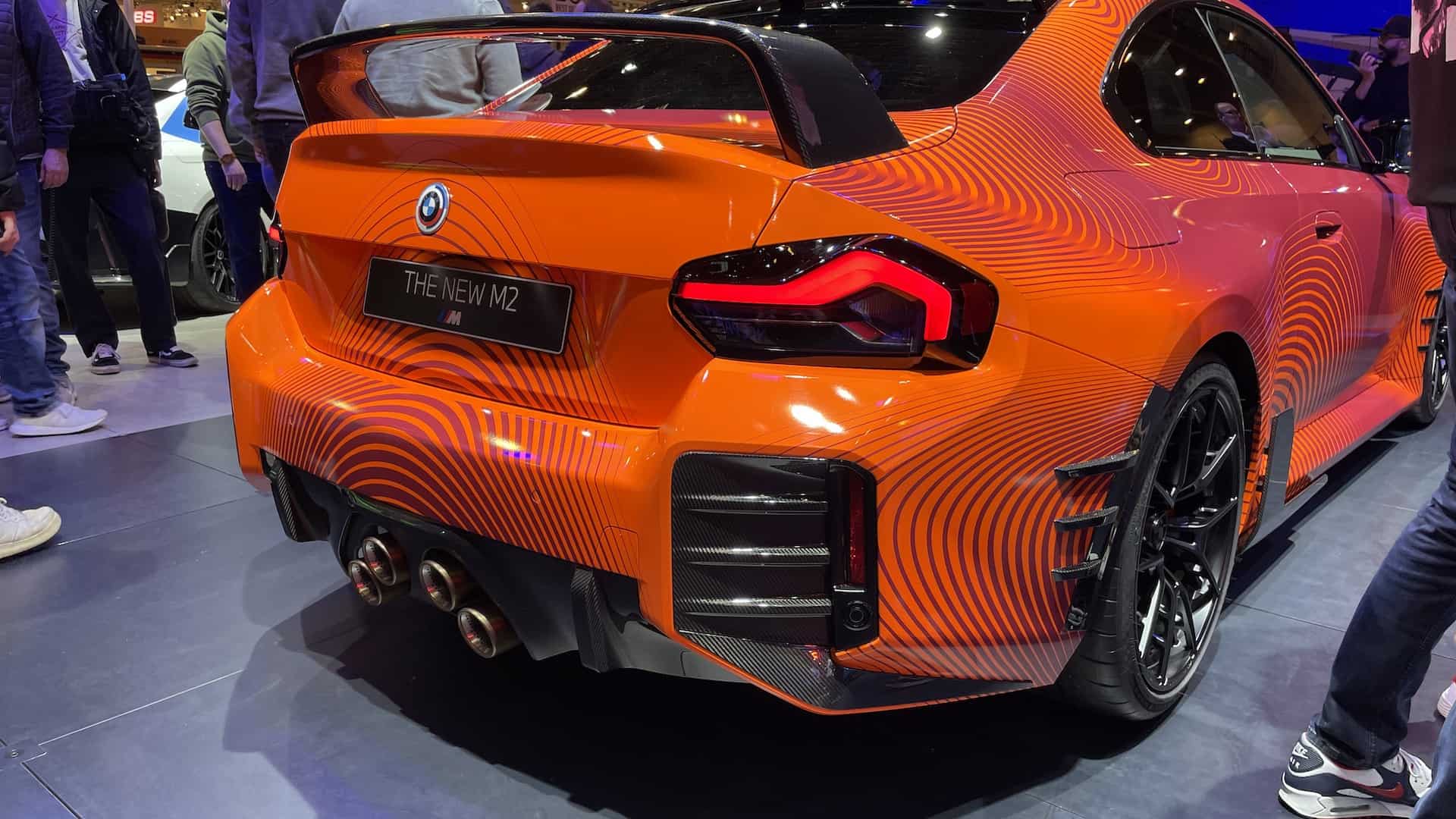 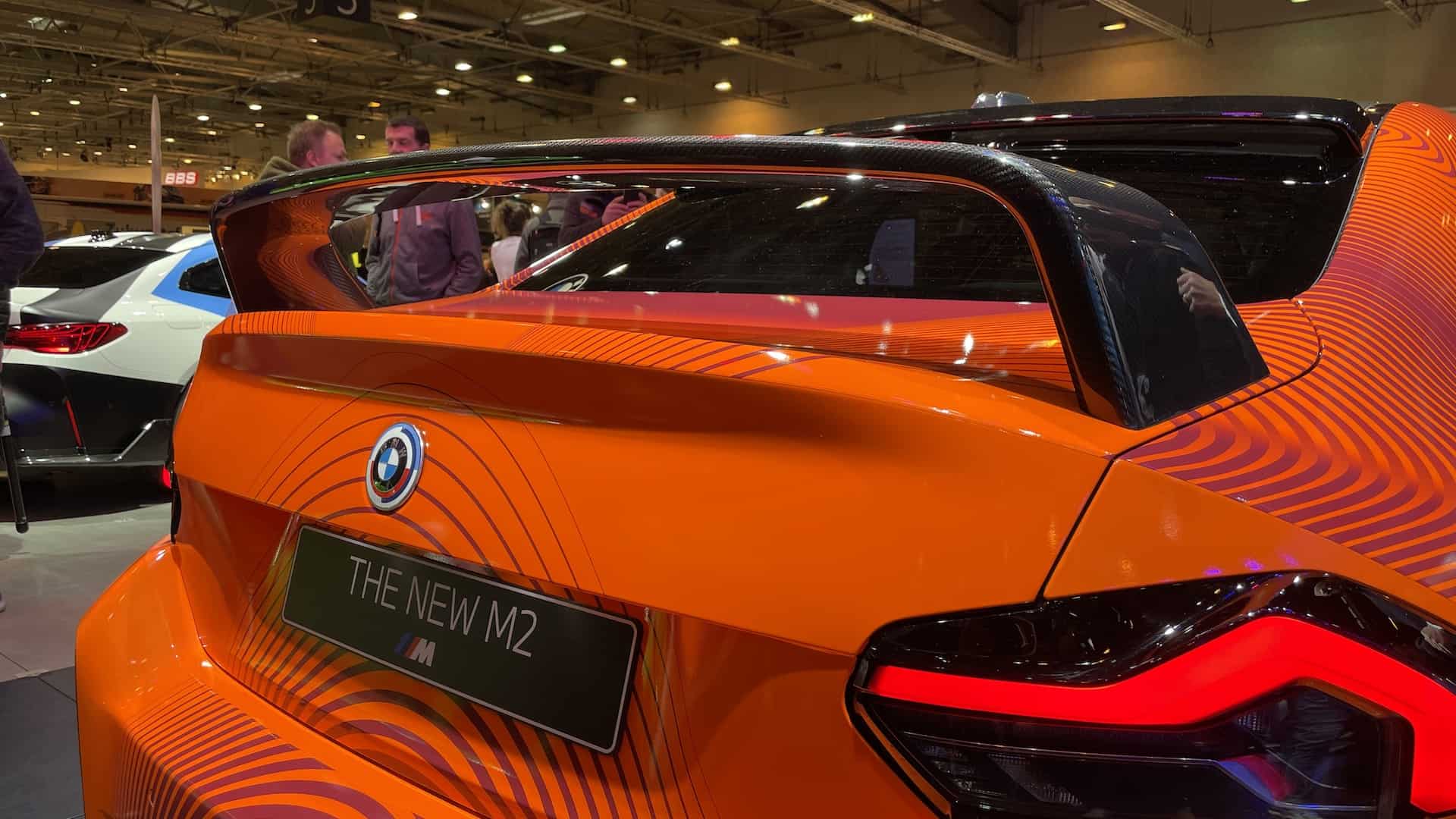 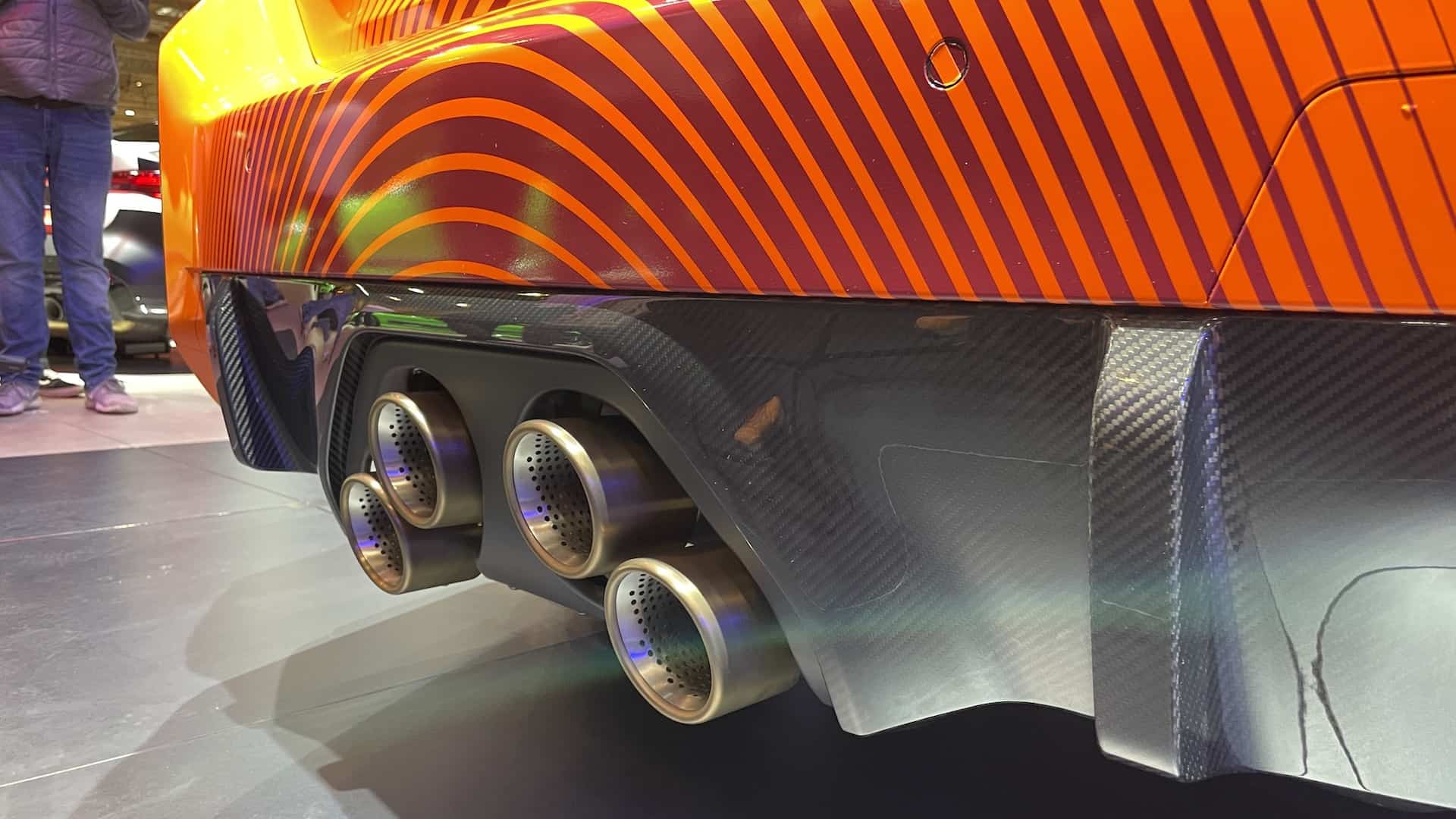 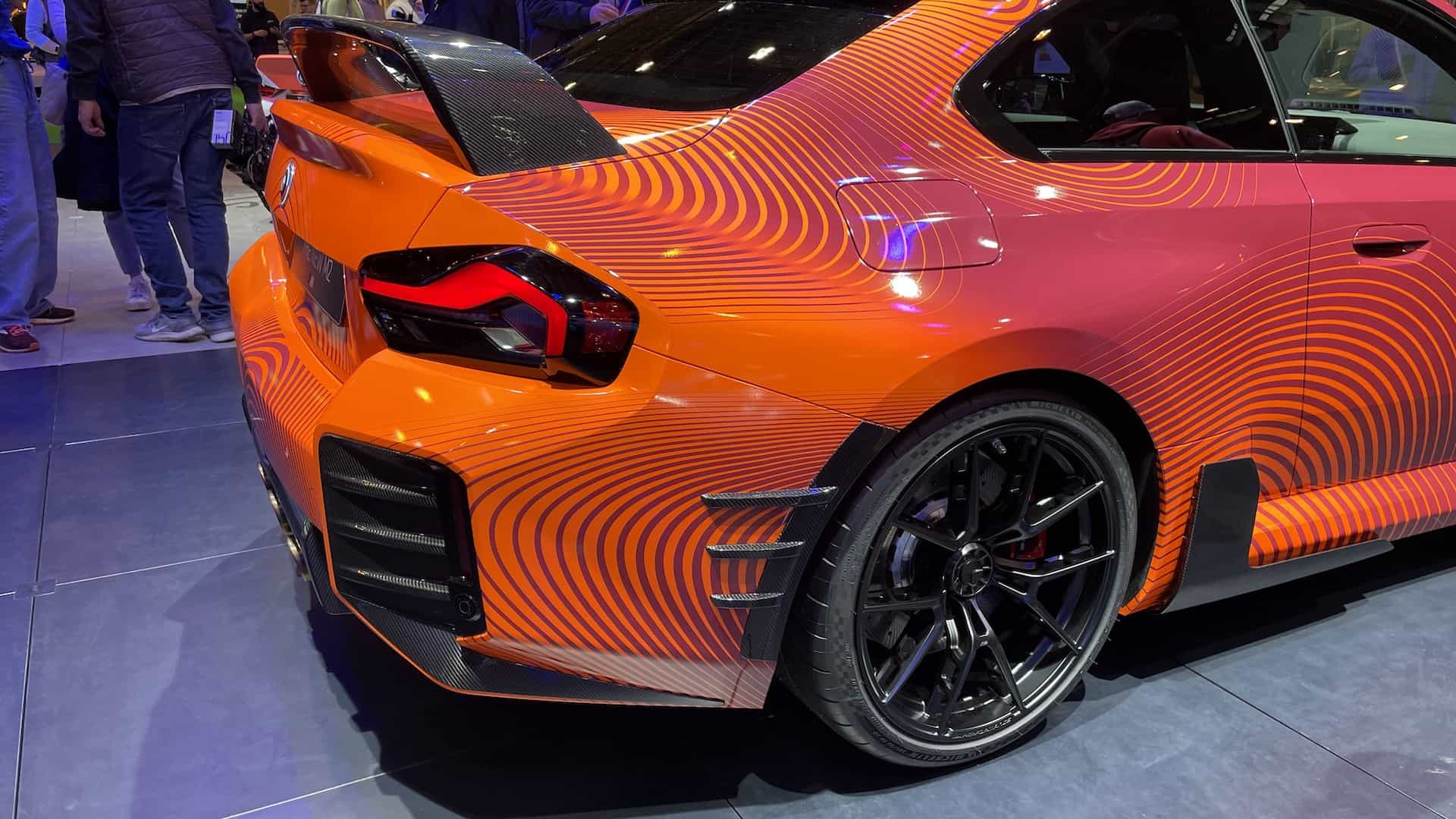 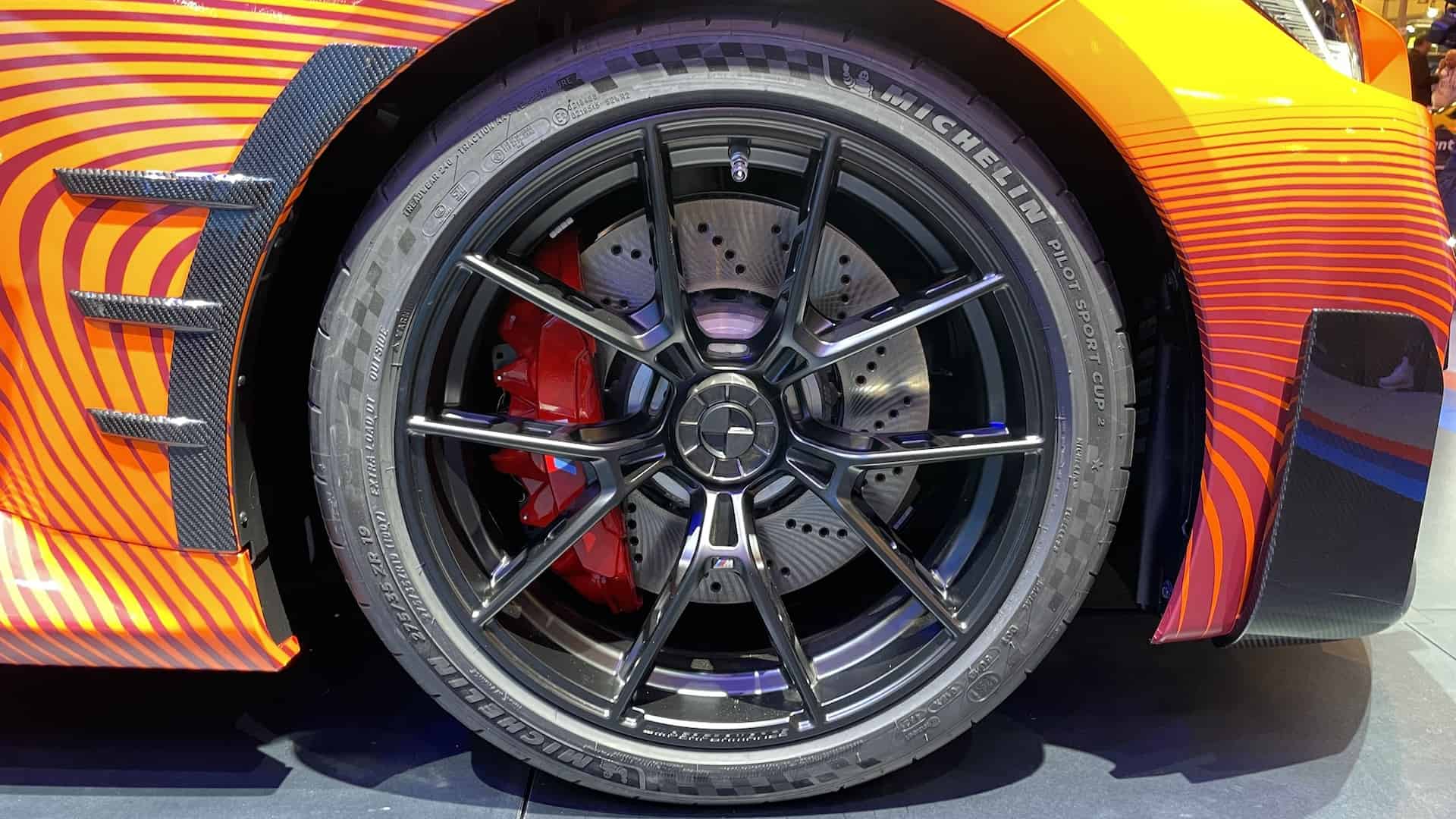 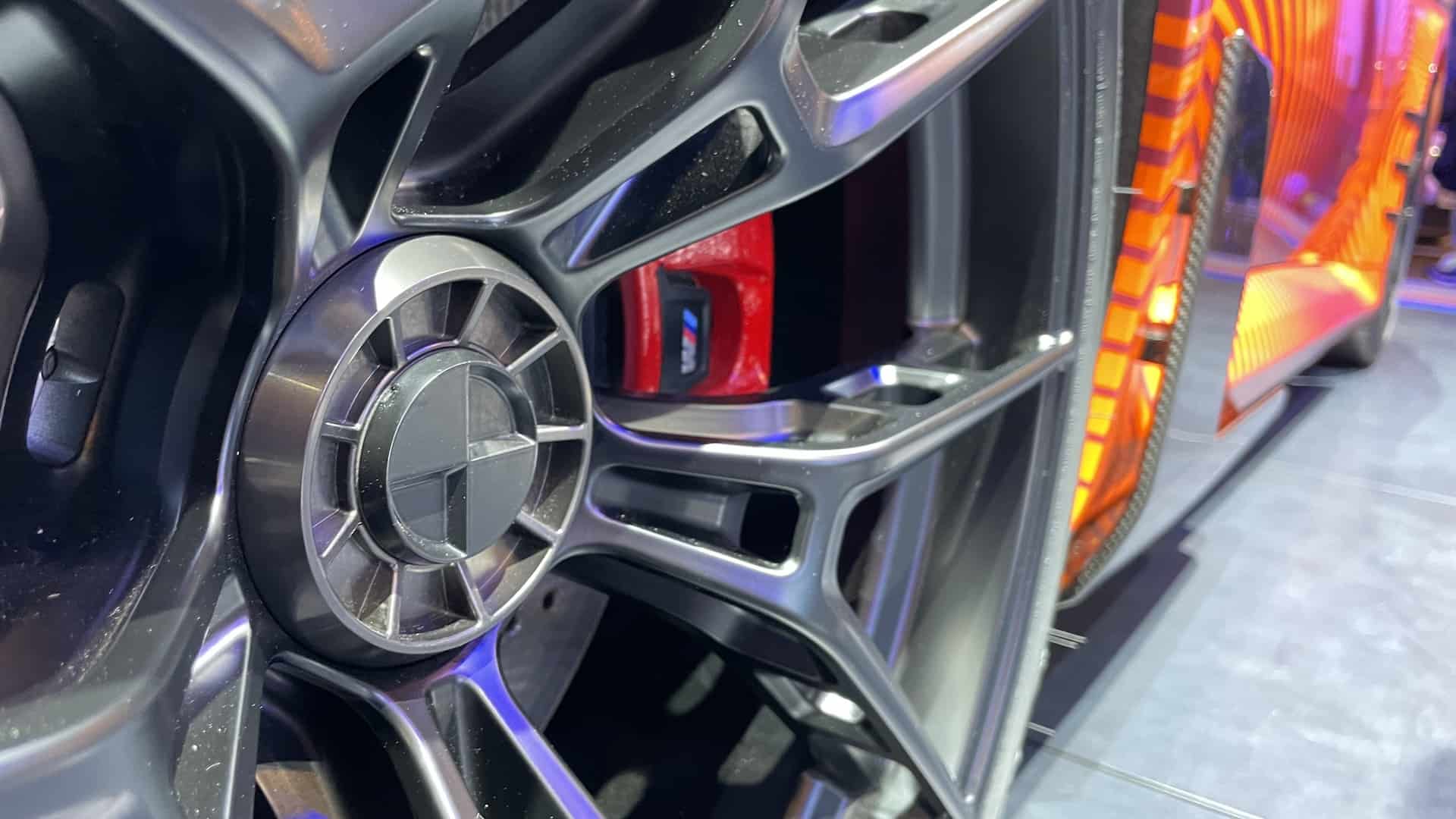 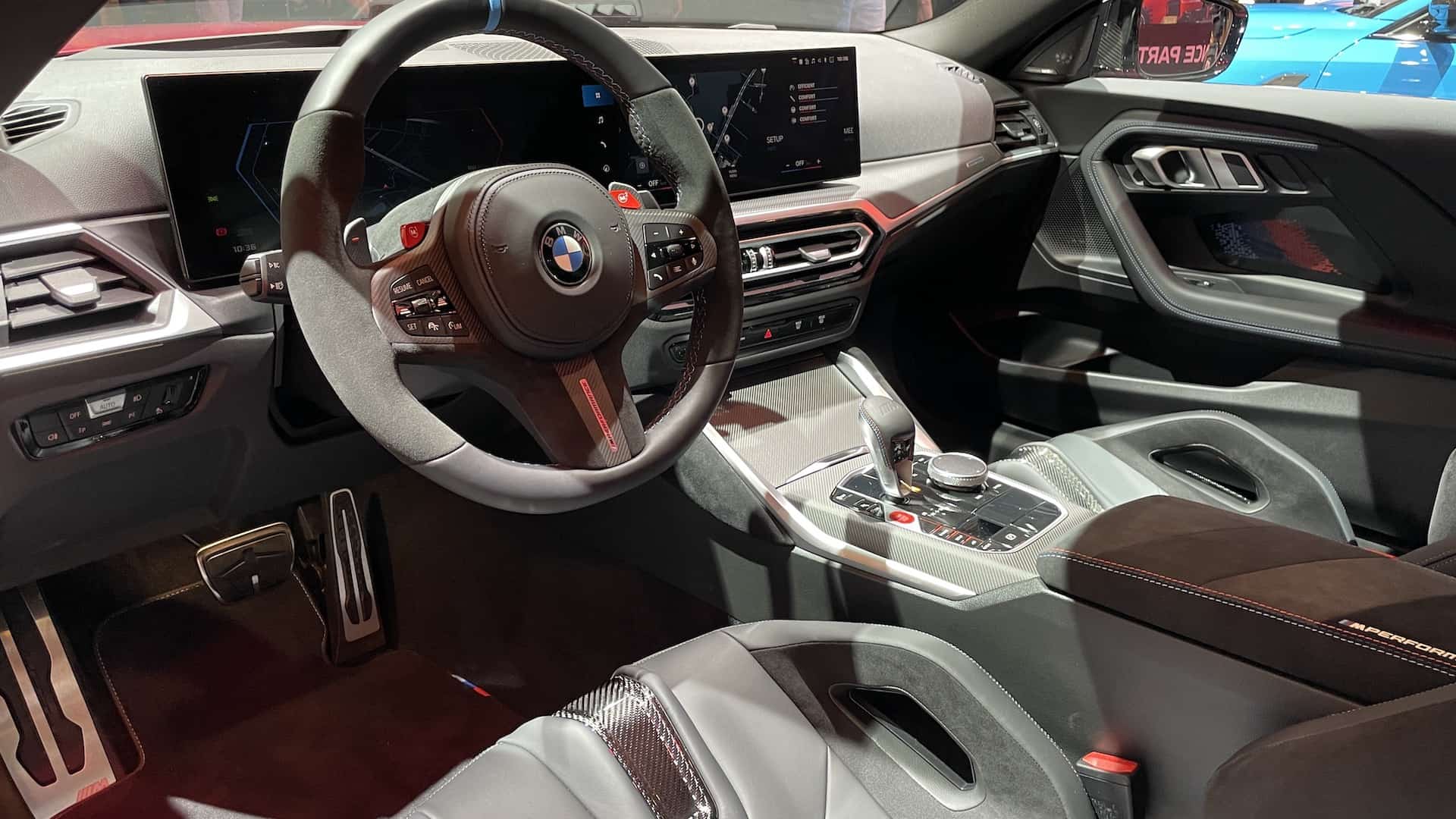