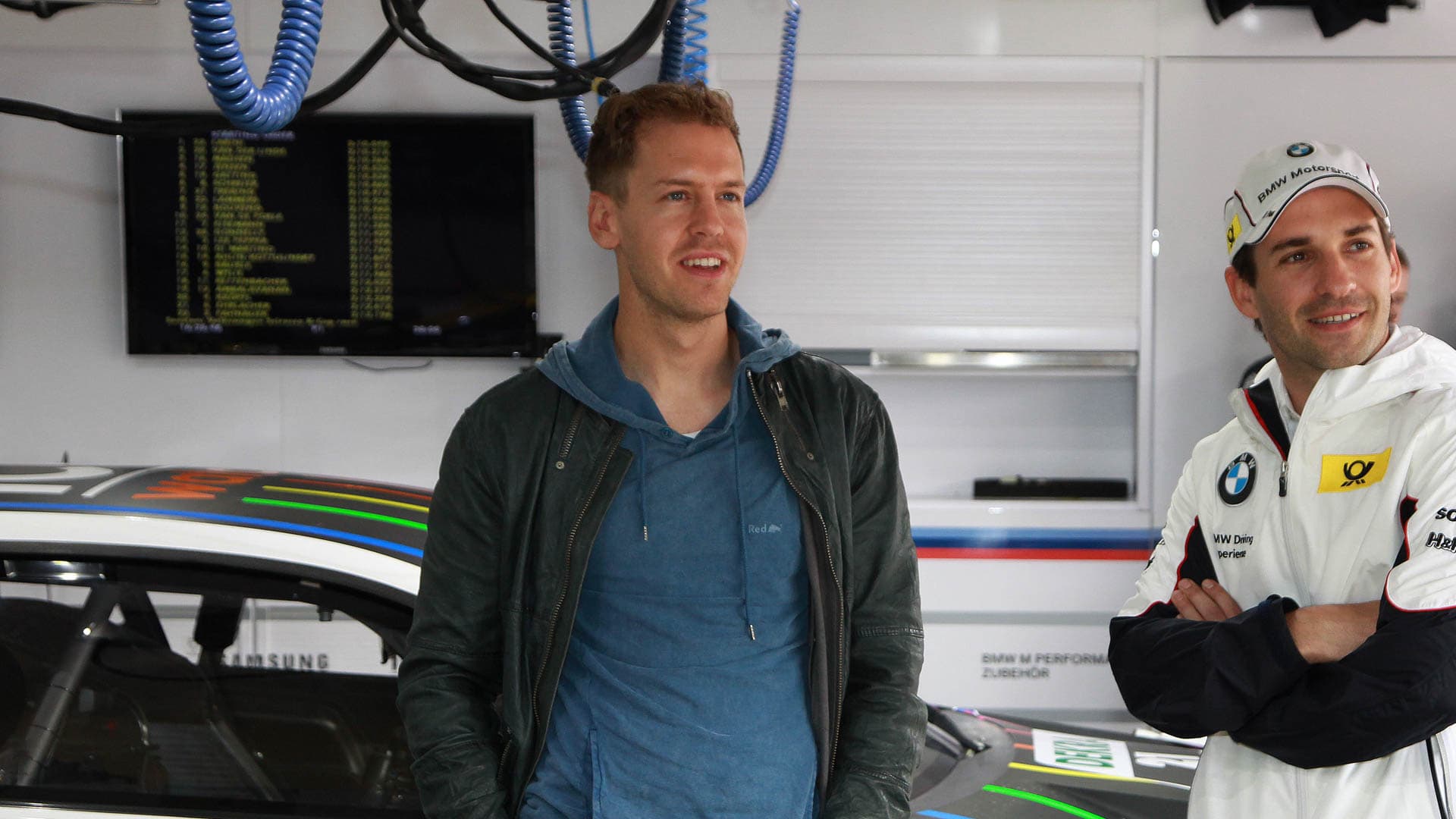 Sebastian Vettel officially retired today. Following his 10th place finish in the Abu Dhabi grand prix, to close out the 2022 F1 season, Vettel hung up his racing shoes and gave an impassioned speech. Vettel retires as one of the most successful drivers in the history of the sport and one that made an everlasting impact on so many current and future drivers. However, that incredible career, which saw him win four world championship titles, all started when BMW gave him a baby bottle and bib as a gag gift.

In 2007, Vettel was a backup driver for the BMW Sauber F1 team. Prior to the Indianapolis Grand Prix, starting driver Robert Kubica was injured, which forced Vettel into the starting lineup at just 20 years old, for the first time in his career. And he did well enough to score points for the team. It was at that moment that the entire F1-watching world recognized a world-class talent in the making.

Following the race, BMW gave Vettel the baby bottle, bib, and pacifier. On the bib, it read “A star is born.” It was clearly meant to jokingly congratulate him, while also recognizing his age. At the time, Vettel was the youngest driver in F1 history to start a race and finish in the points. He also looked even younger than he was.

After that, Vettel went on to join Toro Rosso (now AlphaTauri) as a full time driver. And since Toro Rosso was also owned by Red Bull Racing, that led to Vettel being signed by Red Bull, where he would win his four world championships. Following Red Bull, Vettel went to Ferrari, where he unfortunately found little of the success he had with Red Bull, and most recently raced for Aston Martin, with whom he retired.

Vettel’s retirement was an emotional one for a lot of fans. So many current F1 fans are only fans because of him and he gave every fan so many incredible moments. During his final race, his car’s halo read “Danke Seb,” as did signs all through the crowd. Countless drivers expressed their love and gratitude for him, even drivers who he had intense rivalries with, such as Lewis Hamilton. There’s no denying the impact he had on the sport in during his time and it all started on one fateful day in Indianapolis, though it’s unclear how much help BMW’s prank gift was to his overall career. Either way, Danke indeed, Seb.