2023 BMW i7 Ad Shows The Electric Sedan As Cinema Substitute

The fact luxury cars have become rolling computers is yesterday’s news, and with the new 7 Series / i7, BMW shows how a modern vehicle can also double as a cinema. A new ad for the purely electric fullsize sedan features a young couple driving to the cinema, but only to get the popcorn and juice up the large battery pack with its usable capacity of 101.7 kWh.

Rather than sharing the movie theater with other people, they decided to use the car’s built-in rear-seat entertainment system. An optional 31.3-inch panoramic display, the BMW Theatre Screen extends downwards from the roof to make the 7 Series G70 a veritable cinema on wheels. It comes bundled with Amazon Fire TV and is controllable via the touchscreens mounted in the door cards or a separate tablet between the rear seats. 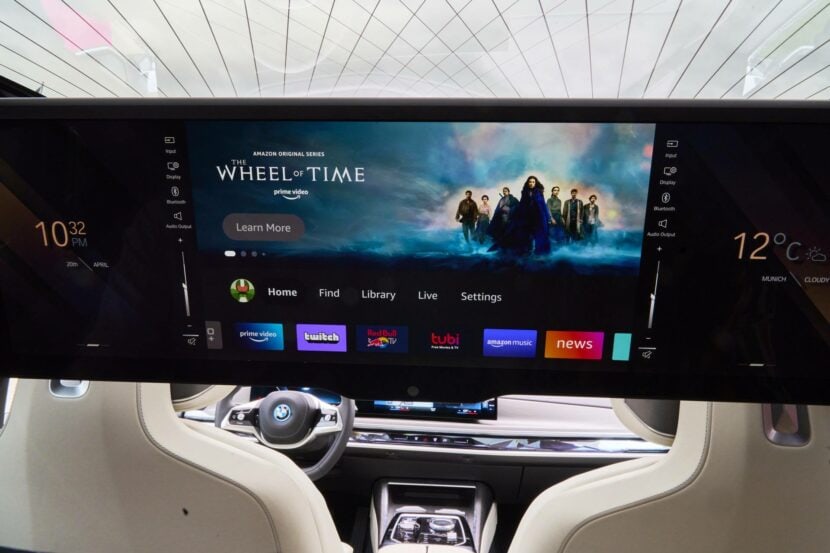 There is more room to stretch in the back of a 7er than ever before as the seventh-generation model has a supremely long wheelbase of 3,215 millimeters (126.5 inches). To put that number into perspective, the original MINI hatchback was considerably shorter, at an overall length of 3,054 mm (120.2 in). At the end of the day, we’d still prefer the cinema experience, but the Theatre Screen still makes sense in certain scenarios, like in the case of a chauffeur-driven car. If used as a family car, the sedan’s giant screen can keep the kids busy during long trips.

The i7 featured in BMW’s latest ad also has the optional Rear Executive Lounge Seating Package with an electrically operated footrest. It costs $7,250 in the United States and includes the Theatre Screen, a seven-inch tablet to control the big screen, and an electrically reclining seat. An M Sport version, the i7 xDrive60 keeps it simple in terms of paint since it’s finished in Black Sapphire Metallic while riding on the 20-inch aero wheels.