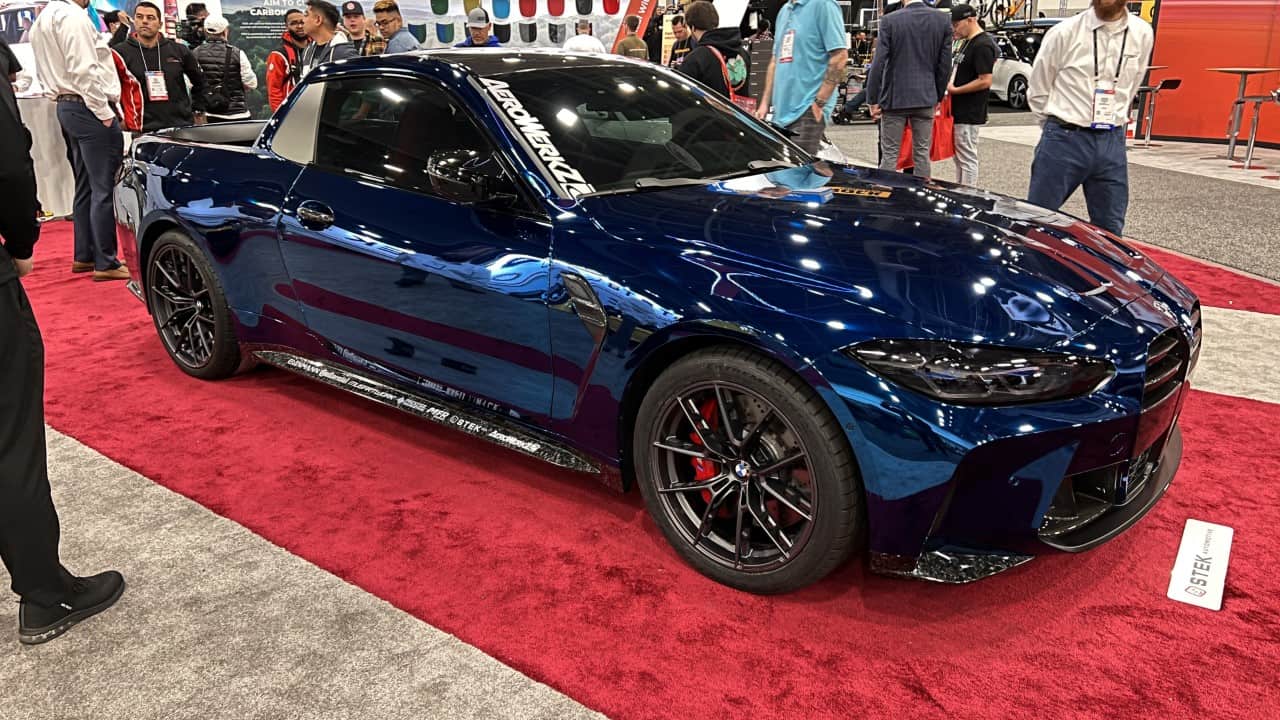 We first wrote about the BMW M4 pickup in mid-September and now the wild build has been (almost) finished by the talented folks from DinMann. As previously reported, the truck started off as a brand-new M4 Coupe rather than a crushed car as it’s usually the case with pickup conversions. Nicknamed “M4Maloo” and carrying the hypothetical “G84” codename, the Bavarian ute is based on the hotter Competition version in the xDrive guise.

While purists would argue it’s blasphemous to cut a perfectly good M4 to create a pickup, lest we forget BMW is no stranger to one-off trucks. The 2019 X7 with a bed springs to mind, along with the E92 M3 truck built as an April Fools’ joke more than a decade ago. If we were to go back in time, the E30 M3 received the truck treatment in 1986 and was used in-house for different hauling chores until 2012.

You’d be tempted to say that M4Maloo has a vinyl wrap but it’s actually covered with paint protection film. Not only that, but the PPF has self-healing properties and a chrome blue finish to make sure you’ll spot the makeshift truck from a mile away. The scratch-resistant, hydrophobic thermoplastic polyurethane was developed by STEK Automotive and the one-off contraption is displayed these days at the company’s stand at SEMA in Las Vegas.

DinMann kept the carbon fiber roof (well, most of it anyway) and installed a few carbon add-ons. Save for the mirror-like finish known as DYNOchrome, the M4 pickup honestly looks like something BMW would build itself as a unique project just for kicks in their spare time.

For a conversion that was completed in roughly six weeks, M4Maloo looks more than decent. It’s not perfect though as the team behind the project simply didn’t have the time to add the finishing touches.