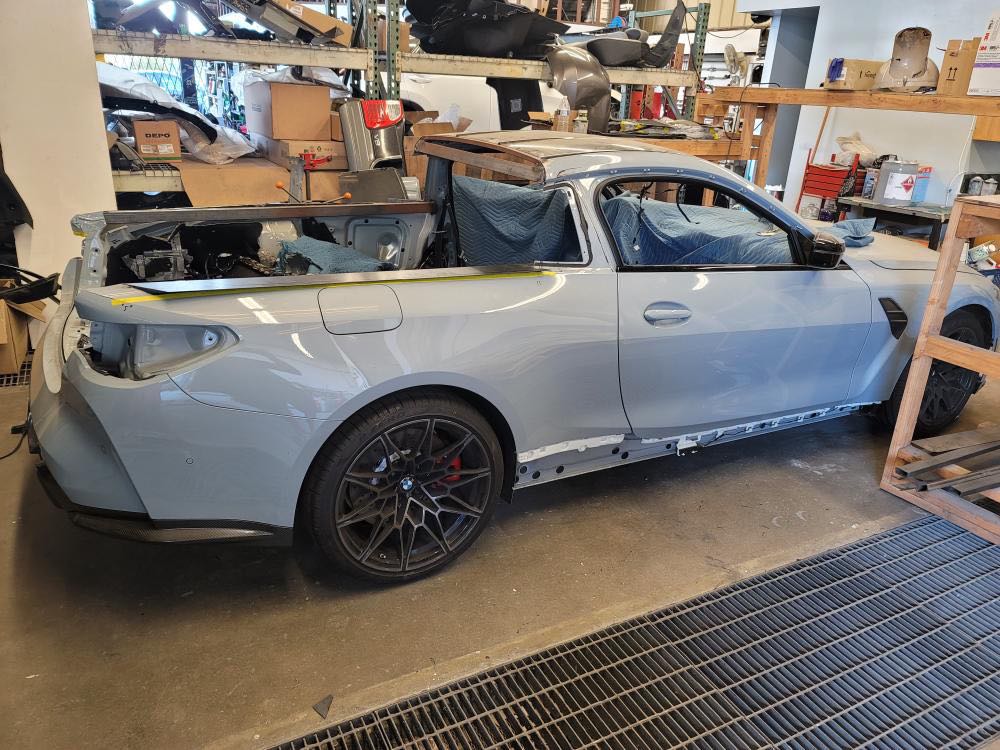 Unlike Mercedes with its ill-fated X-Class, BMW has yet to dip its toes into the truck segment, but it’s no stranger to pickups. Its most recent ute was the X7 with a bed from 2019, but if we go back in time, there was also the 2011 E92 M3 Pickup as an April Fools’ joke. In 1986, the Bavarians had already converted an E30 M3 for performing various chores. It wasn’t until 2012 that the workhorse was retired.

A new M pickup is in the works, but not from BMW. Instead, the folks over at DinMann are converting an M4 Competition xDrive Coupe to serve as a truck. Mind you, this is a brand-new vehicle they bought in April rather than a damaged car acquired from the scrap yard. The idea is not new as they originally planned to build an M4 ute at the end of 2019 based on an F82. Ultimately, they decided to wait for the G82. Speaking of product codenames, the project has been given the G84 internal designation, but once again, we should mention the car is in no way endorsed by BMW or related to the Bavarian brand.

The aftermarket shop has baptized the M4 truck as “M4MALOO” and hopes to have it ready just in time for this year’s SEMA show. They’re on a tight schedule as the event takes place in early November, so they only have about six weeks to finish the custom build. As you can see, the upper rear section has already been chopped off but the pickup needs quite a few custom body panels and a truck bed.

Some would argue it’s sacrilegious to heavily modify the body of a new car as desirable as the M4 Coupe, but let’s all admit this is a neat idea that BMW itself has had from time to time. We’re anxious to see the end result in Las Vegas, provided the project car will be ready by then.