We like a loud car as much as the next person, but even enthusiasts have certain limits. This BMW M8 might have crossed that limit since the soundtrack it delivers is undoubtedly your neighbor’s worst nightmare. Featuring the 50 years of M anniversary badges, this heavily modded convertible sounds overly aggressive even when the engine is idling.

An M8 Competition model, we’re being told its S63 engine has been massaged to deliver a whopping 800 horsepower. That’s quite the bump considering the standard M8C offers 617 hp from the factory. There’s no word about torque, although we’re expecting a healthy increase over the stock 553 pound-feet (750 Newton-meters). Upgraded engine aside, it’s the exhaust that gives it an angry attitude with numerous pops and bangs. 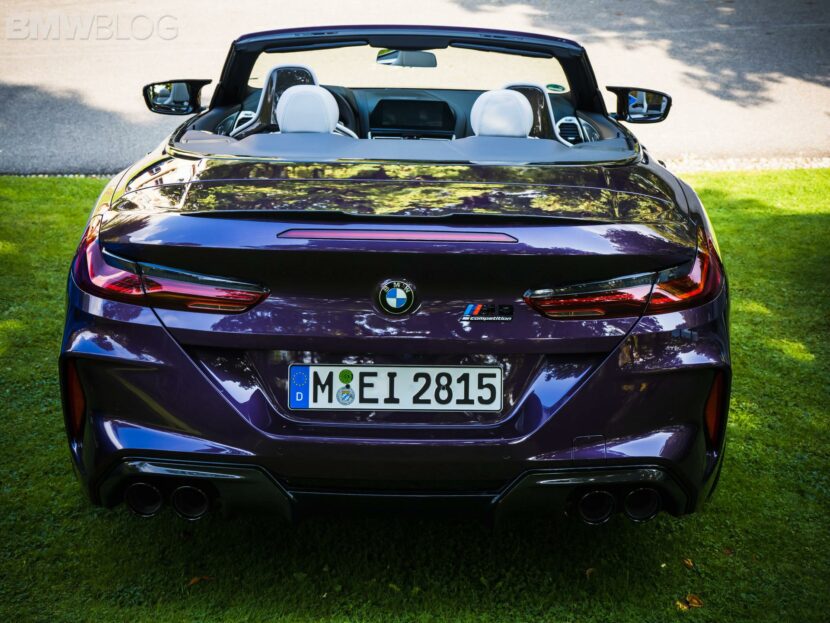 We’d argue the brutal and persistent noise is overkill but to each his own. You’ll also notice the custom steering wheel wrapped in Alcantara and carbon fiber while featuring shift lights and a small screen at the 12 o’clock position that shows the rpms and speed. We’re dealing with a pre-facelift M8 Competition as the LCI introduced at the beginning of the year has some mild updates, including a 12.3-inch screen for the iDrive 7.

As if the convertible wasn’t already flashy enough, it also has a black hood to contrast the Marina Blue Bay Metallic paint. Maybe it’s because we are getting older, but those crackles coming from the exhaust could get tiring after a while. We will say the M8 Competition Convertible sounds great under hard acceleration although we’d still prefer the stock exhaust since it’s far less intrusive.

There’s no word about how the massive power increase has improved the performance of an already quick car taking into account that the stock model needs just 3.3 seconds to hit 62 mph (100 km/h) from a standstill in this hotter Competition guise. BMW quotes a top speed of 190 mph (305 km/h) provided the M8 Convertible is equipped with the optional M Driver’s Package.