2022 has been one of the busiest years in recent BMW history regarding product launches and it all started with the discreetly updated 8 Series in January. We wouldn’t go as far as to say it was a full-blown Life Cycle Impulse since changes were borderline unnoticeable. Seen here is the most practical of the three 8er models, a Gran Coupe in the M Performance guise with plenty of optional goodies.

The 2023 M850i xDrive stars in a POV video as it goes for a night on the town, flaunting its optional Tanzanite Blue Metallic paint that costs an extra $1,950. It also happens to have the larger 20-inch alloy wheels with a two-tone look and performance run-flat tires. Whoever configured the car certainly had good tastes as the swoopy sedan’s cabin is draped in full Merino leather with a Cognac finish while the Crystal controls add to the interior’s posh ambiance. 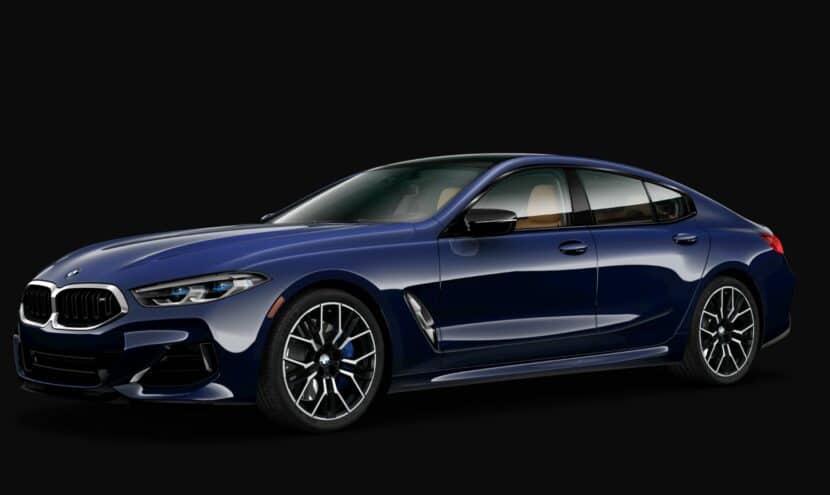 For the 2023 model year, BMW decided to stick to the previous-generation iDrive but did bump the infotainment’s display to 12.3 inches. Tweaks were also made to the adaptive LED headlights, which can be optionally had with laser technology. The mildly revised lights flank a discreetly modified kidney grille with standard illumination. This minor facelift has also brought an M logo on the kidney grille for the M850i, which also gets a specific steering wheel design.

Latest intel suggests the clock is ticking for the 8 Series in the two-door body styles as the Coupe and Convertible will apparently not be renewed for a next generation. Sources close to Munich indicate only the Gran Coupe will survive, but even the four-door model is set to be drastically different by losing all combustion engines. It is believed BMW intends to make the third-gen 8er completely electric while keeping it on the CLAR platform instead of switching to the Neue Klasse.

The revamped 8 Series is unlikely to arrive sooner than 2026, which means BMW will have the current ICE-powered models on sale for about three more years.