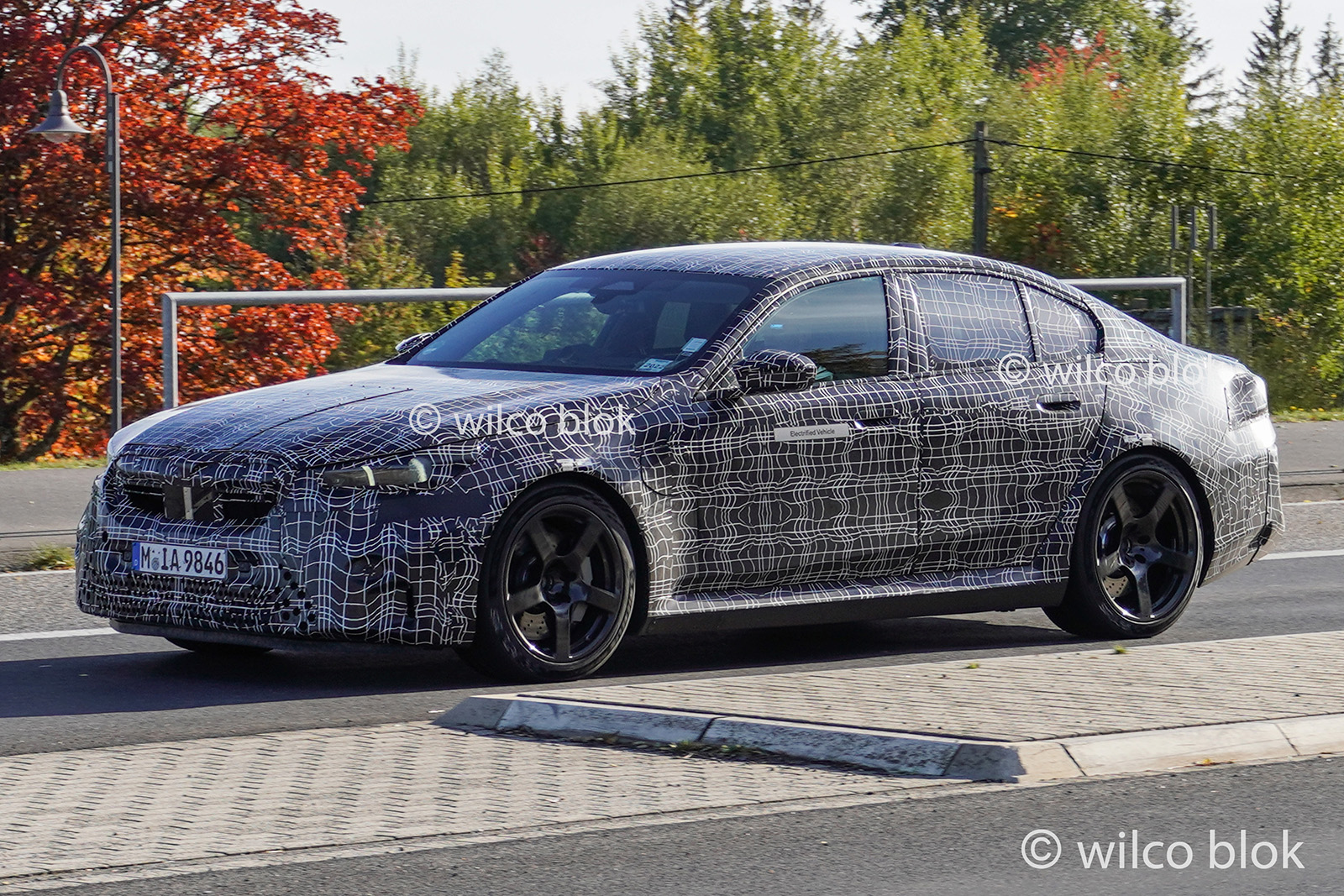 The G90 BMW M5 is going to represent a massive shift in history of the M Division, as the first-ever hybrid M5. While it won’t technically be the first hybrid M car, as the hybrid XM will come out before it, the M5 is a more important car for BMW, as it’s one of the brand’s legends and will be a far better seller. With its new hybrid powertrain, it will also get a new interior that also has some novelty, as seen in these new spy photos. (We don’t own the photos but they can be seen here)

In these new photos, you can clearly see the new BMW M5’s steering wheel, which is similar to the one found in the BMW 760i and i7 and features a flat-bottom. BMW hasn’t really used flat-bottomed steering wheels in the past but it seems that it’s shifting toward using them in its m cars. Behind that steering wheel seem to be new paddle shifters, which are thicker than the plastic-fantastic jobs found in the M3 and M4.

While the curved dual infotainment screen, housing both iDrive 8 and the latest Live Cockpit Professional, isn’t anything new, there does seem to be a new air vent design below it. As with most new Bimmers, gone are the physical climate controls, as they’re now built into the touchscreen. So in their place seems to be an interesting rectangular vent design. As frustrating as the lack of physical climate controls are, losing them does free up visual clutter on the dash.

The center console also gets BMW’s new toggle-switch gear selector, what seems to be a new iDrive rotary dial, and pretty standard looking leather seats. The latter of which will likely be replaced by sportier buckets when the car gets closer to production.

So far, the BMW M5 is shaping up to be a good looking car, inside and out. The exterior is going to feature a simpler, more traditional design than cars like the XM, 7 Series, or even M4. BMW wants to keep the more extroverted designs for its more luxurious models. And on the inside, it will get a smart, simple, but sporty looking cabin, instead of the strange, dual-themed XM interior. There are still some concerns and question marks about the upcoming M5, such as how heavy it will be and what sort of efficiency/range it will get. However, we’re optimistic so far.