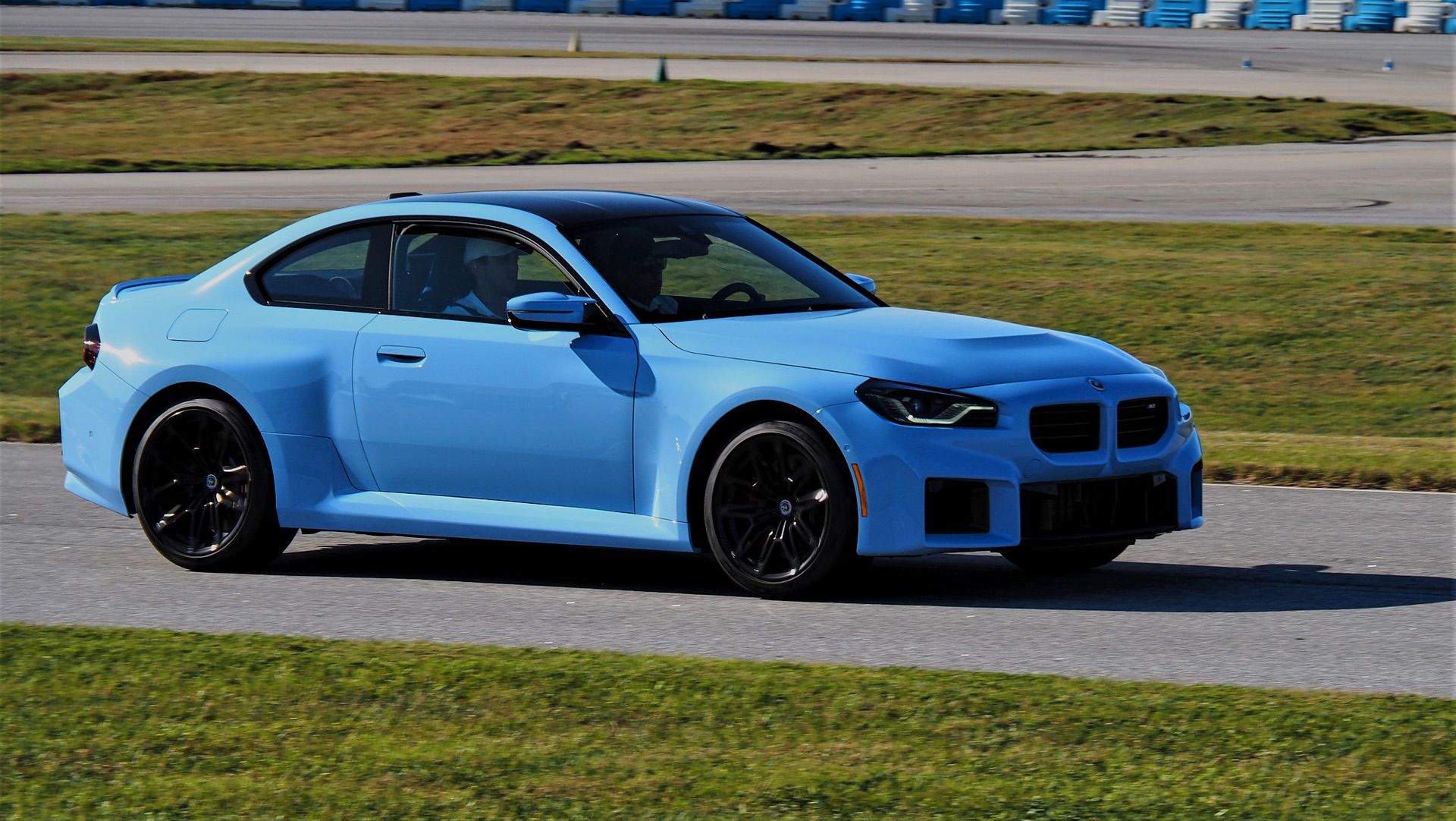 The new G87 M2 configurator has gone live in a couple different countries, and since I’ve got more time than money, I decided to give it a go and build one out. The configurator for the UK can be found here, and while pricing is likely a little bit off, it’s a good way to visualize how the car will be packaged.

Standard Equipment, Engines, and Exterior Options for the G87

Nothing much to mention here – no surprises. LED headlights and taillights are standard, which is nice since the original M2 didn’t get LED taillights. iDrive 8 comes free of charge, too, with its massive curved display. M Drive Professional, which includes 10-way adjustable traction control and some neat driving analyzation tools, is standard, too – which is a nice freebie, considering M3 and M4 owners need to pay for it if they want it on their build.

There are no engine choices, just the standard S58, but I did click the box for manual transmission. I had a tough time choosing a color, but ultimately settled on Zandvoort Blue as it is currently unique to the M2, and I like it. A close second goes to Toronto Red, as the “hero car” in all the press photos. It doesn’t look terrible in white, either.

There’s wheel options, but it ultimately boils down to black wheels or no black wheels. I chose the Y-spoke, non-black ones because I enjoy the contrast of an alloy wheel. I also opted for red calipers, which I also think add to the contrast of the car. Had I gone with Toronto Red, I think I would build it with black calipers (should they be an option).

As much as the contrarian in me wanted to spring for a Cognac interior, I just couldn’t do it. Black is too classic, so I went with the Black Vernasca with “exclusive highlight”. It adds M coloring to the sides and bolsters of the non-carbon seats and looks fantastic. Since I did not add the “M Race Track Package” (adds carbon roof and bucket seats, among other goodies), that’s pretty much where my build ended. I did end up clicking the box for the “M2 Comfort Package”, though I get the sense that most of those features will be standard in the US.