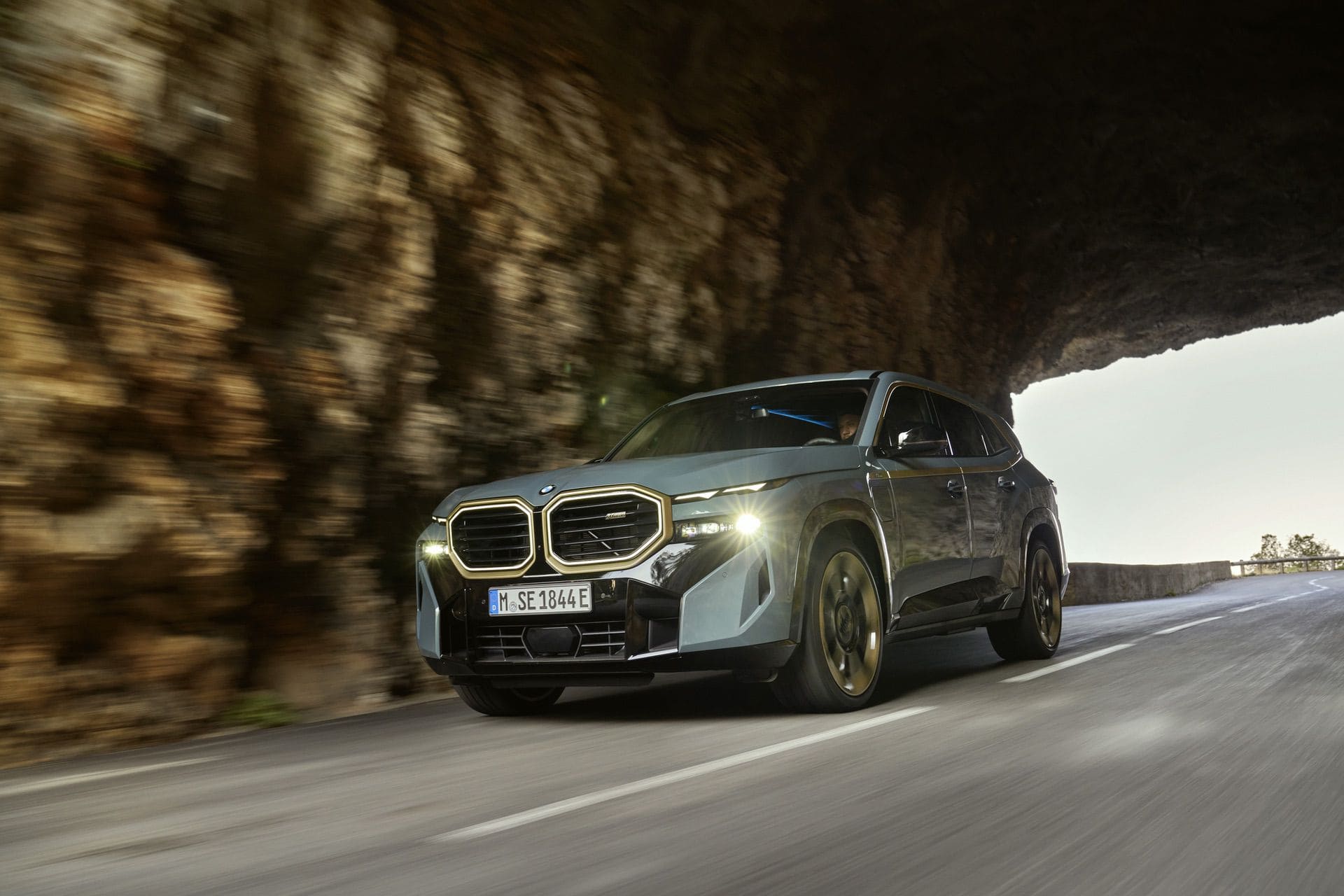 The XM might be a love/hate affair because of its striking design, but let’s take a moment and appreciate how BMW unveiled its flagship M car to the world. Aside from the traditional modus operandi of releasing photos and a press release on its official media site, the Munich-based marque had a rather frighteningly realistic ad in Times Square.

At precisely 6:01 PM EDT on September 27, the XM made an appearance in an immersive commercial on a 3D billboard. The featured SUV was the same we saw in the images, a Cape York Green vehicle with gold accents on the body as well as on the 23-inch wheels. With an extremely bold design and unusual combination of colors, the XM is guaranteed to make a splash in the high-end SUV segment, more than the X5 M / X6 M can make.

As to why BMW decided to have the swanky ad up high in Manhattan and not at home in Munich or in a different country, there are a few logical explanations. First of all, the XM will be assembled exclusively in the United States at the Spartanburg plant in South Carolina where all the X3 through X7 SUVs are manufactured. In addition, the key market for the M among X models is expected to be the US, followed by China and the Middle East.

The XM will enter series production before the end of the year. It starts at $159,000 (plus $995 destination and handling) and you can preorder it already by making a refundable deposit of $5,000. Doing so today means you’ll be getting the electrified SUV sometime in April 2023. Later next year, a Label Red version will be added to the lineup and is going to carry a starting price of more than $185,000 before options.

BMW has only confirmed the V8 models so far, but it is believed a more attainable inline-six variant will be released at a later date. Rumored to be called XM 50e, it’s said to feature the same plug-in hybrid powertrain as the new 7 Series in the 750e specification.