With BMW accelerating its electric product onslaught, it’s perfectly understandable why the iX1 was put at the forefront of the 2023 X1’s debut. However, not everyone can afford the EV version and there’s also the issue with the charging infrastructure still deficient in some parts of the world. For these reasons, the compact crossover is also offered with gasoline and diesel engines alongside a pair of plug-in hybrids.

Although diesel engines have been largely criticized by environmentalists in the wake of the Volkswagen Group’s messy scandal a few years ago, many people still believe they’re relevant. It’s especially true in Europe where automakers are reluctant when it comes to give up on the once hugely popular engine. Take for example BMW and its entry-level crossover still offered with diesel powertrains. There’s a front-wheel-drive X1 sDrive18d and then there’s this, the xDrive23d.

A new video shot at a BMW and MINI dealer in Switzerland puts the spotlight on a well-equipped version fitted with the M Sport Package. Painted in Mineral White metallic, the X1 rides on the largest wheels ever offered from the factory for this model, a 20-inch set from the Individual catalog. However, you can go a size higher by getting the 21-inch wheels available through M Performance Parts. 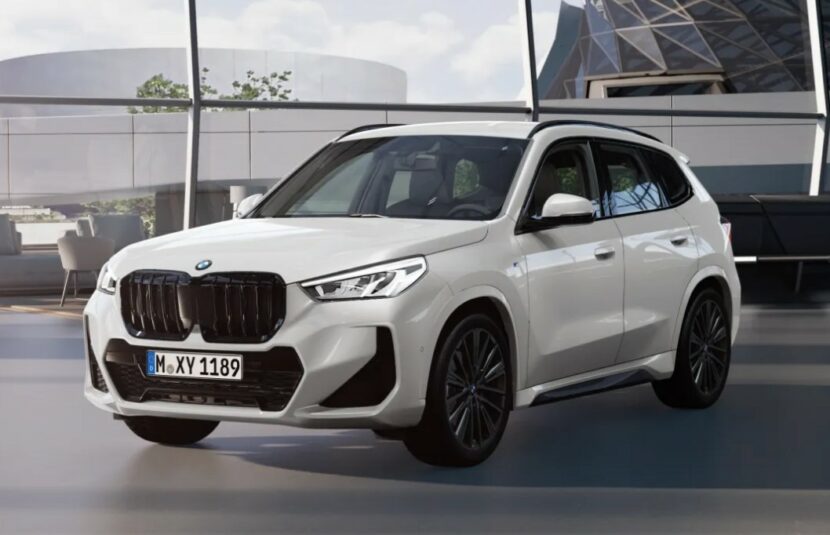 This specification also includes the Shadowline upgrade with the blacked-out kidney grille. More goodies can be found inside where the X1 xDrive23d gets the dual-pane glass sunroof and Vernasca black leather. You’ll also notice the aluminum trim (with a mesh effect) on the dashboard, a Harman Kardon sound system, and an electrically operated tailgate.

As for pricing, this 2023 BMW X1 xDrive23 featured on video costs around €60,000 in Germany once you add the M Sport Package and all the other extra equipment.