While the new M4 CSL is all about maximizing performance by removing weight and adding power, it also has a neat new feature that doesn’t make it go any faster. No, we’re not talking about the yellow daytime running lights because we’ve seen them before on the M5 CS. As standard, the Competition Sport Lightweight Coupe is the first car to use Laserlight technology for the taillights.

A full-LED cluster, the rear taillight uses a glass cover with light threads woven into it. They’re illuminated using laser tech to give the M4 CSL a unique light signature when viewed from behind. There are three threads running parallel to one another across the inner section of the taillight and they overlap each other in the outer area. Doing so gives the familiar “L” theme a new twist, while the “BMW Laser” lettering lets everyone know these aren’t your run-of-the-mill taillights. 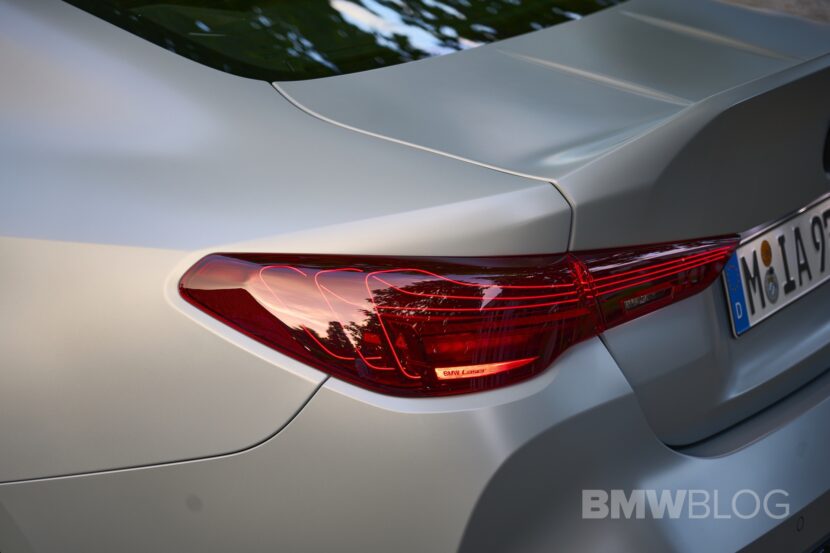 The good news is you can have them on the regular M4 as well as on the standard 4 Series Coupe, Gran Coupe, or the purely electric i4. IND Distribution is currently accepting preorders for the European-spec laser taillight set for a cool $5,395. A new video released today shows the nifty lighting signature of the CSL, both at the front and rear.

Lest we forget the previous-generation M4 in GTS flavor also had special lights at the back. The track-focused machine was the first BMW to use OLED taillights while sticking to the “L” motif. You don’t stumble into one every day since the German automaker made only 803 units, which ended up being 103 more than originally planned.  Despite the extended production run, the M4 GTS is still rarer than the new CSL of which 1,000 will be assembled.

Aside from the swanky laser taillights, the CSL also has different badges than all the 4er versions by adopting a black surface with a red outline.