In this video, we take a closer look at the design of the 2023 BMW M340i Facelift. First units of the 3 Series Facelift are starting to arrive at U.S. dealerships while first press drives are just weeks away. The high selling premium sedan received a refresh earlier this year and it is now ready to land in customers’ hands. The sedans shown here is the BMW M340i M Performance model, painted in Black Sapphire. 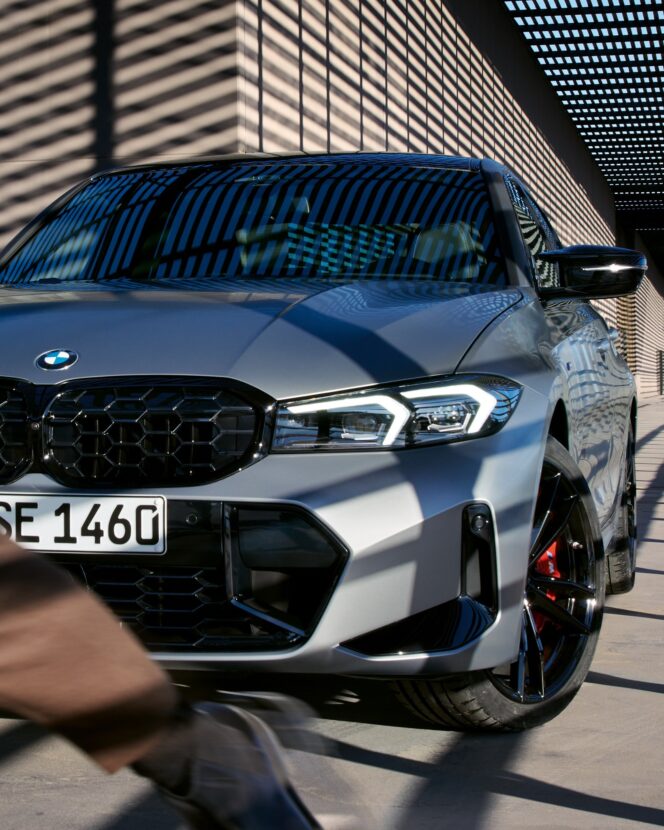 BMW says that the 3 Series Facelift comes with a “significantly more muscular and distinctive” kidney grille, a glossy black inside with a chrome frame and double slats. or optional mesh design. The sports sedan gets slimmer headlights with sharper LED daytime running lights looking like an upside down “L.” The BMW M340i Facelift M Performance version gets the adaptive LED headlights with blue accents as standard equipment. To simplify the light design, the new 3 Series has lost its separate fog lights as these have been integrated into the main headlights.

Beneath the new mesh grille and headlights, much larger air intakes replace the old, smaller ones. This is probably the largest area of improvement. The large air intakes of the M Sport Package are also painted in the same body color as the car, compared to black as before. Next, the front fascia received a hexagonal air intake flanked by air curtains. At the back, the taillights have remained essentially the same, but the bumper incorporates a meaner diffuser and a large glossy black area with vertical reflectors.

Due to pedestrian regulations, the nose is also more angles, shark-like, while the gap between the kidneys and bumper is extremely slim. According to BMW, the car is now 4mm longer, but that’s mostly due to the aforementioned changes to the front fascia. 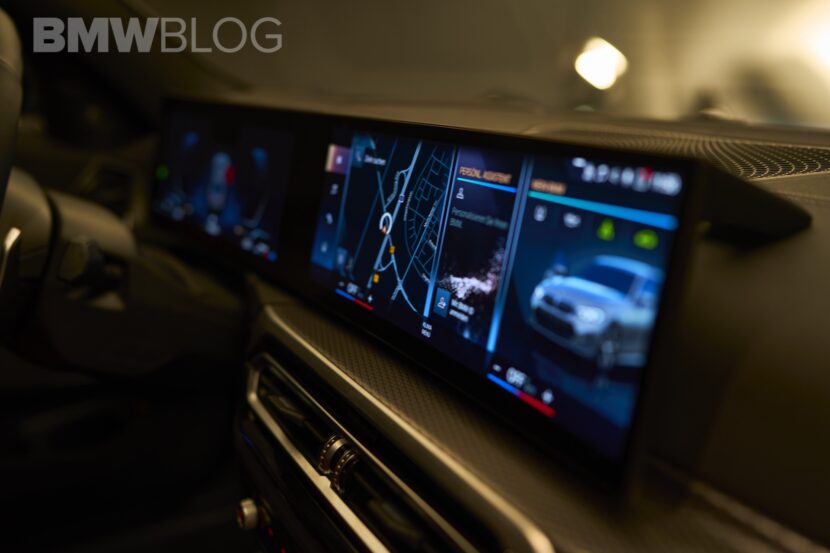 Major changes took place inside the car. Just like the i4, the 2023 BMW M340i is powered by the iDrive 8 displayed on a large and curved display. Unlike the i4, though, the new 3 Series ditches the old robot-leg shift lever for the iX’s toggle switch.

BMW’s workhorse engine – B58 – was also upgraded. The 2022 BMW M340i features a mild-hybrid technology providing a temporary 11 horsepower boost. The inline-six 3.0-liter unit still generates 374 horsepower and 500 Newton-meters (369 pound-feet) of torque. As for performance, the sedan will do 0 to 62 mph (100 km/h) in 4.4 seconds while the wagon is going to need an extra two-tenths of a second due to its slightly higher curb weight. Both are electronically capped at 155 mph (250 km/h).

Let’s take a look at the video below and don’t forget to subscribe to our Youtube channel! [Video: instagram.com/bmw.product.genius]