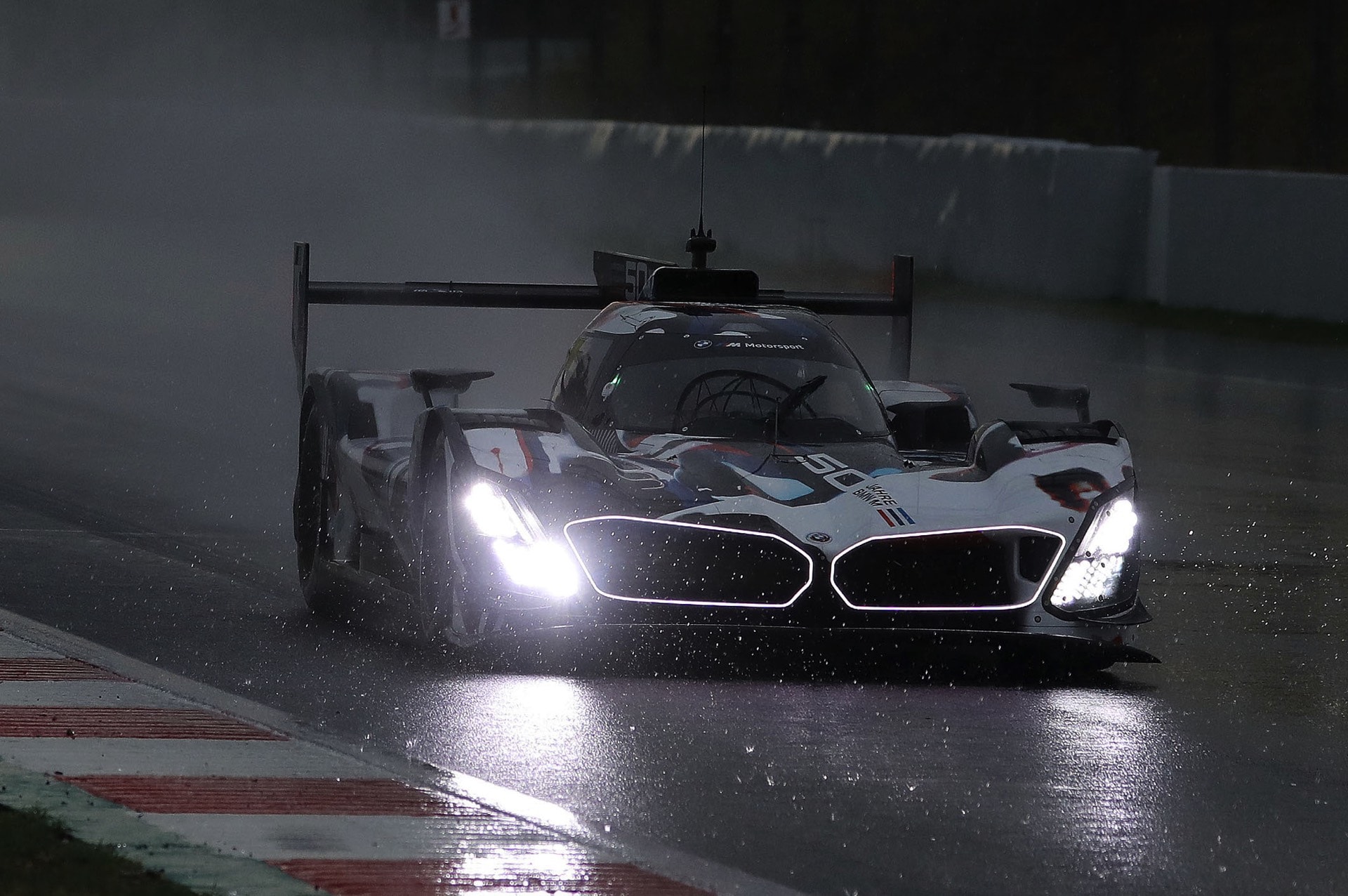 One of the most awaited debuts next month is that of the BMW M Hybrid V8 LMDh. The new racing car will officially be presented in September and all the final details will be revealed. But ahead of its debut, BMW Motorsport continues to test LMDh prototypes at various tracks around the world. Current photos from the Circuit de Barcelona-Catalunya give us the first impressions of the night optics of the LMDh racing car.

While the main lighting technology is placed directly in front of the front wheels, the outlines of the BMW kidney grille shine across the full width in between. The illuminated contour not only encompasses the central air inlets, it also extends into the fenders. They are more of an extension of the main headlights. And of course, they are large in size to stay in tune with the recent BMW design language.

While some rivals have decided to go with a V6, BMW will use a larger V8 that traces its origins in the Deutsche Tourenwagen Masters. The P66/3 with a 4.0-liter displacement started off as an engine developed for the M4 used in the 2017 and 2018 DTM seasons before switching from a naturally aspirated setup to a twin-turbo configuration. The new twin-turbo 4.0-liter V8 develops approximately 640 horsepower and 650 Newton-meters (478 pound-feet) of torque. For the LMDh race car, the engineers not only had to develop a new combustion engine but also add the necessary hybrid hardware to meet the series’ regulations.

Specifically, all prototypes will be fitted with an electric motor from Bosch, a battery pack developed by Williams Advanced Engineering, and an Xtrac transmission. The next order of business was to finalize the actual race engine, dubbed P66/3. It had to be adjusted to meet the requirements of the prototype’s Dallara chassis. BMW’s motorsport division also had to install the LMDh-spec exhaust system and oil tank.

Set to go racing next year in the IMSA WeatherTech SportsCar Championship, the BMW M Hybrid V8 will also compete from 2024 in the FIA World Endurance Championship, meaning it’ll take part in the famous 24 Hours of Le Mans. Back in 1999, the V12 LMR was the first to cross the finish line in the LMP class, with a V12 LM taking fifth place that year. BMW will compete with Audi, Porsche, Toyota, and even Cadillac in LMDh. Not only will those brands provide excellent competition for BMW on track, which will in turn create some thrilling racing, but they’ll also create competition on the road.

[Photos by BMW Motorsport] [Via BimmerToday]