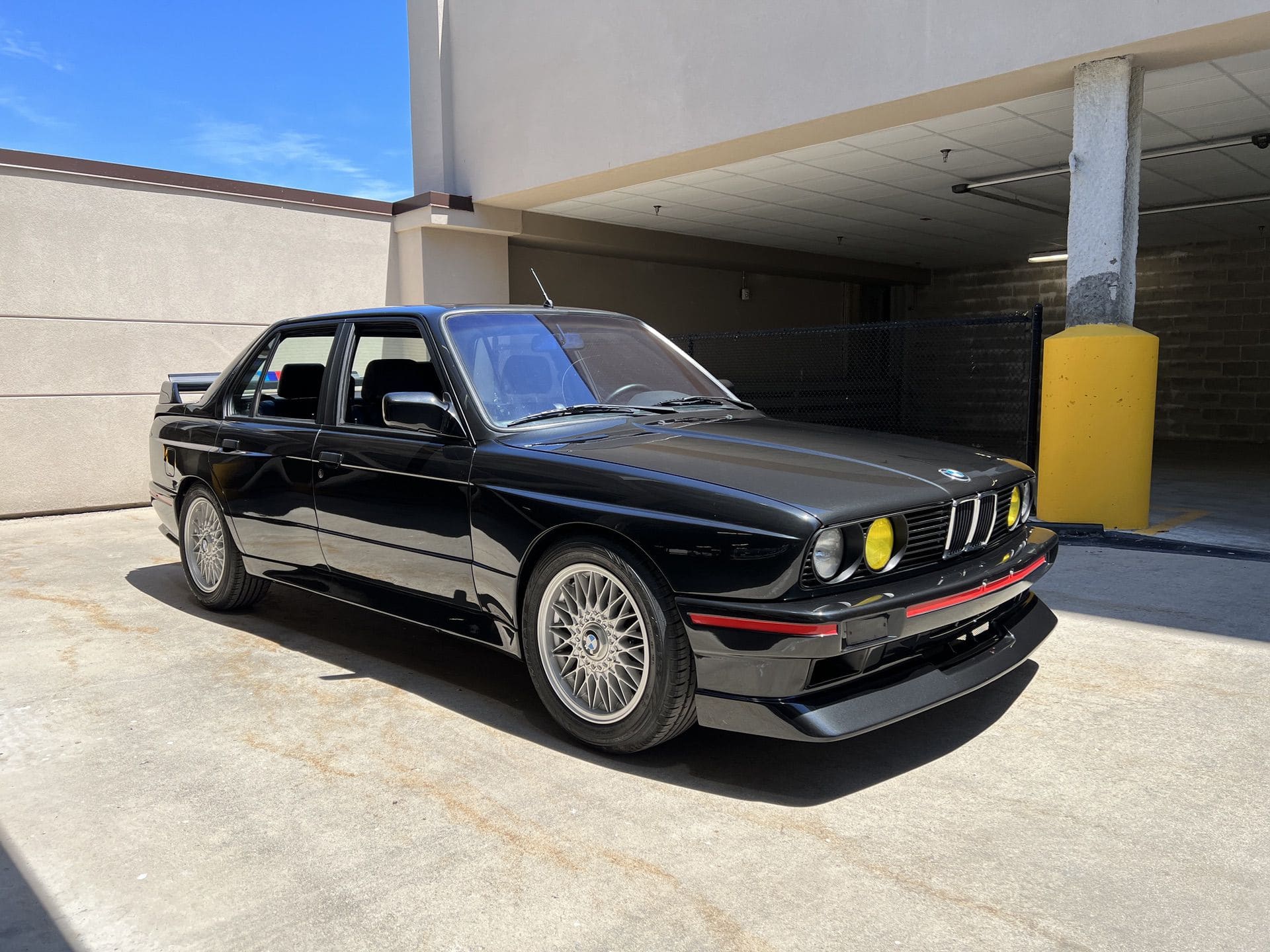 BMW didn’t make an E30 M3 sedan. To be honest, such an idea was probably never even discussed. The M3 wasn’t designed to be practical back then, it was a homologated race car. Its successor, the E36 M3, did get a sedan variant, though, and there’s been a sedan variant of almost every M3 since. However, none of them had the ’80s boxy fenders or massive wing like the E30 M3. So what would the E30 M3 have looked like had it been made into a sedan? Someone decided to find out, by taking an E30 BMW 316i sedan and modifying its body to look like an M3.

It looks surprisingly good and the boxy fender flares actually work well on the sedan body style. It somehow looks even more ’80s than the real E30 M3 coupe and I’m very much here for it. The car looks really well done, too. There don’t seem to be any real quality issues and it looks like it could have been made by BMW. I also really like that it doesn’t have M badges anywhere, so it isn’t saying it’s an M car but it has the awesome boxy fenders of one.

The M3 body kit for the 316i was custom fabricated out of metal and fiberglass, it was given 16-inch BBS wheels, Bilstein shocks with H&R springs, and a new exhaust. While the inside gets a cloth/leather upholstery with an M-colored pattern, a three-spoke M Sport steering wheel, and an aftermarket JVC head unit.

Under the skin, it’s still just a BMW 316i, with a 1.8-liter naturally aspirated, making 89 horsepower and 103 lb-ft of torque. That isn’t exactly punchy. However, at least it has a five-speed manual gearbox to keep it entertaining. It isn’t a perfect example, with a few issues like non-functioning air conditioning, door locks, and radio. However, those are all pretty easily fixable problems. It might not be fast but it’s going to be fun to drive and look awesome.