MINI is fashionably late to the electric crossover party, but the Aceman shows the BMW-owned company still knows how to make a small and stylish car. Many of the design cues will rub off onto the new Cooper and Countryman as the concept featured here ushers in a new styling approach that will eventually be used by all models.

Arriving probably in 2024, the new member of the lineup will slot between the traditional Cooper hatchback and the Countryman crossover. However, while those two cars will come in both ICE and EV flavors, the Aceman will be strictly an electric affair. Staying true to its UK roots, the concept makes generous use of British Racing Green and Union Flag that will definitely trickle down to the production model. 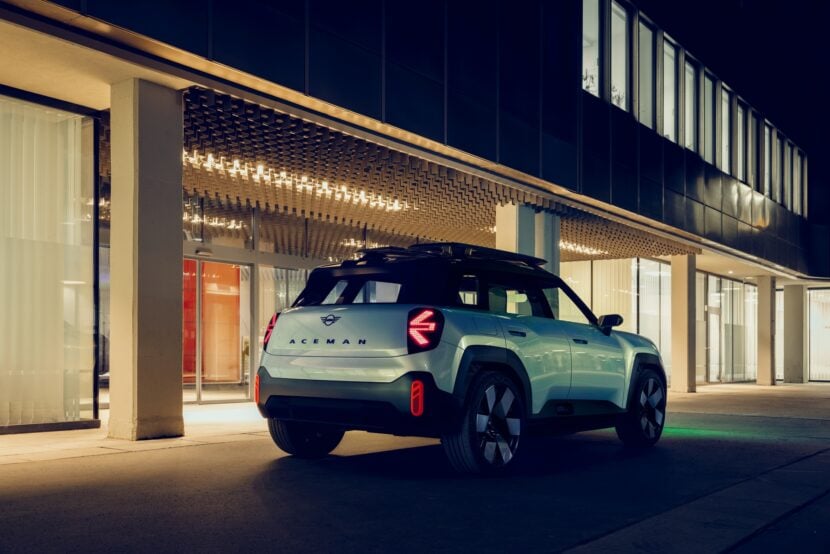 It’s still instantly recognizable as a MINI, but with a more futuristic look enhanced by those matrix LED lights embedded into the faux front grille as well. The almost square wheel arches make generous use of plastic cladding to give the Aceman a rugged side profile while 20-inch wheels lend it an imposing silhouette. It’ll be interesting to see whether the subsequent road-going version will combine so many exterior colors.

The interior is perhaps even more interesting, featuring boldly colored upholstery and a large OLED round display incorporating most of the vehicle’s functions. There’s also a projector mounted on the headliner to bring the dashboard to life as an extension of the center screen. With the Aceman, MINI is expressing its commitment to more sustainable materials by removing leather altogether. In addition, the Oxford-based marque is largely bidding adieu to chrome elements, which is a bold move, to say the least.

Since the electric crossover won’t be released anytime soon, it’s understandable why MINI is being tight-lipped regarding the technical specifications. We do know it’s 4.05 meters (159.4 inches) long, 1.99 meters (78.3 inches) wide, and 1.59 meters (62.6 inches) tall, but that’s about it. The production version will be built in China by the Spotlight Automotive Project joint venture created by BMW and Great Wall Motors.