Right off the bat, we should point out that no real 3.0 CSL was actually hurt during the making of this electric conversion. It used to be a 3.0 CSi before Electric Classic Cars gave it the heart of a Tesla Model S P85 by utilizing the same battery pack and electric motor. We’ve talked about the zero-emissions Batmobile before, and now the car is back to duel a Ford Mustang GT in a drag race.

Not just any version of the iconic 5.0 pony car, but a more powerful build from Clive Sutton. The naturally aspirated V8 has been pushed from the series 450 hp to 490 hp while torque has remained the same at 530 Nm (390 lb-ft). The extra oomph was obtained thanks to a new cold air intake, exhaust system, and a remapped ECU. 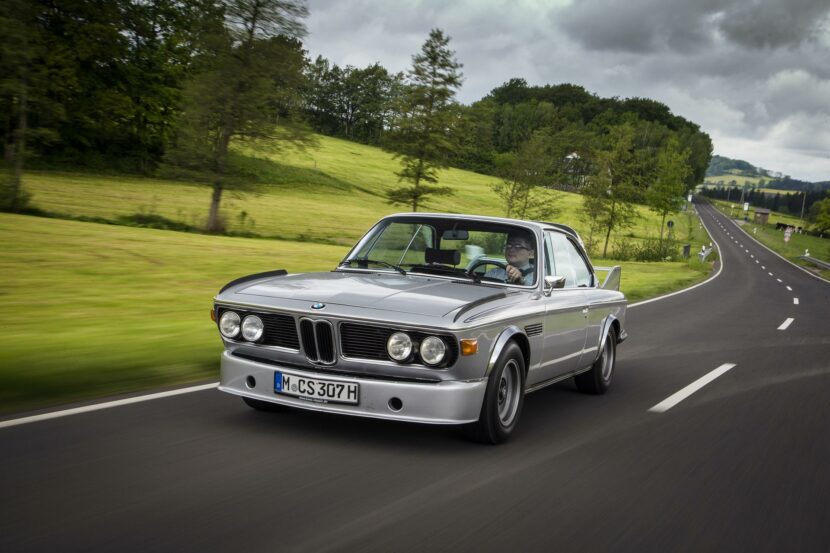 Rarely does it happen for an electric car to be lighter than its ICE contender in a drag race, but that’s the case here as the E9 weighs about 1,500 – 1,550 kilograms or 200 kg less than the Mustang GT. Because of the power limitations caused by the width of the rear tires, the 3.0 CSL tribute has been dialed down to 350 hp.

Despite having less punch than the Tesla Model S from which it borrowed the drivetrain, the electric E9 was still faster in a drag race thanks to its lower weight and instant response. The Mustang was beginning to catch up near the end, but it was too little too late. Even with a poor launch in the second drag race, the 3.0 CSL by Electric Classic Cars was still the first to cross the finish line.

In the first roll race from 50 mph (80 km/h), the pony car’s 10-speed transmission took its sweet time to kick down, allowing the BMW to take a comfortable lead and claim another win. It was a different story when the roll race was repeated with the Mustang’s gearbox in manual mode as Mat Watson’s response was much quicker, allowing the Blue Oval to win that one.

The Mustang GT passed the brake test from 100 mph (161 km/h) with flying colors whereas the electric 3.0 CSL needed a lot more road to reach a full stop due to its lack of ABS.