Although we’ve obsessively covered the M3 Touring in recent weeks, we couldn’t miss the opportunity to share an in-depth video released by BMW M itself. The belated AMG C63 Estate rival is the star of the latest “All you need to know” episode on YouTube in which the video host admits the G81 has been “missing all along” from the M3/M4 lineup.

Dressed to impress in Individual Frozen Black, the first-ever M3 with a long roof shows how it echoes the Sedan in almost every way but with the added practicality that comes with a wagon body style. It’s a proper Touring with 500 liters of cargo volume with the rear seats in place and 1,510 liters once you fold down the 40:20:40-split bench. 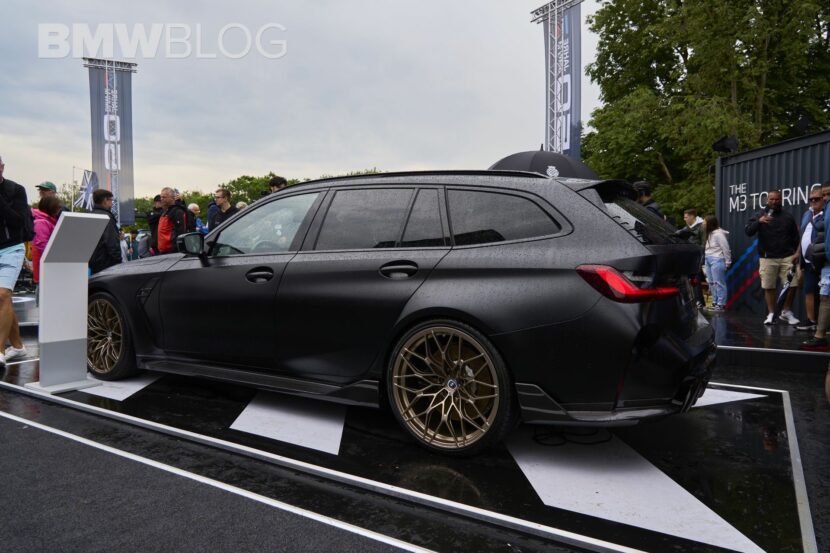 We’re being reminded the M3 Touring is just as configurable as its Sedan sibling when it comes to the color choices and interior trim. However, the lineup is substantially more simplified since you can only buy the car in the more potent Competition flavor with an automatic transmission and xDrive. Those willing to shell out more money with their purchase can get the M Carbon Exterior Package encompassing air intakes, side mirror caps, and rear diffuser in carbon fiber.

Bear in mind there’s no carbon fiber roof available for the G81, with BMW explaining it would’ve been too costly to modify the assembly line to offer the feature on what will likely be a relatively low-volume car. The M3 Touring here is a high-end version judging by the glossy black design tweaks but it is missing the M Performance Parts we saw at the Goodwood Festival of Speed last month.

Much like the 2023 M3 Sedan, the fast wagon adopts BMW’s latest iDrive 8 and is optionally available with the carbon fiber front bucket seats. The leather Merino upholstery comes standard on the base seats and can be optionally fitted onto the dashboard as well as the door cards to spruce things up inside an otherwise sporty cabin.

BMW will begin M3 Touring production in November at its plant in Munich, with no plans to bring the estate to the United States.