BMW’s M Town hyped up on social media may be fictional, but this car meet in The Netherlands is as real as it gets. The M-Cartel XL event organized over the weekend by AutomoTim was the perfect opportunity to see M cars from various eras coming together during the year when the M division celebrates its 50th anniversary. YouTuber ExoticCarspotters attended the gathering where around 60 cars paraded the streets of Odijk, a town in the Dutch province of Utrecht.

Entrants had to pay a ticket to attend the event and had to meet one criterion – owning a BMW M car. Tuned vehicles from G-Power, Manhart, and Hartge were also allowed, along with other exceptions assessed on a case by case. That said, we do notice an “intruder” as a black Mercedes-AMG C63 Estate was infiltrated among the tasty M&M’s. 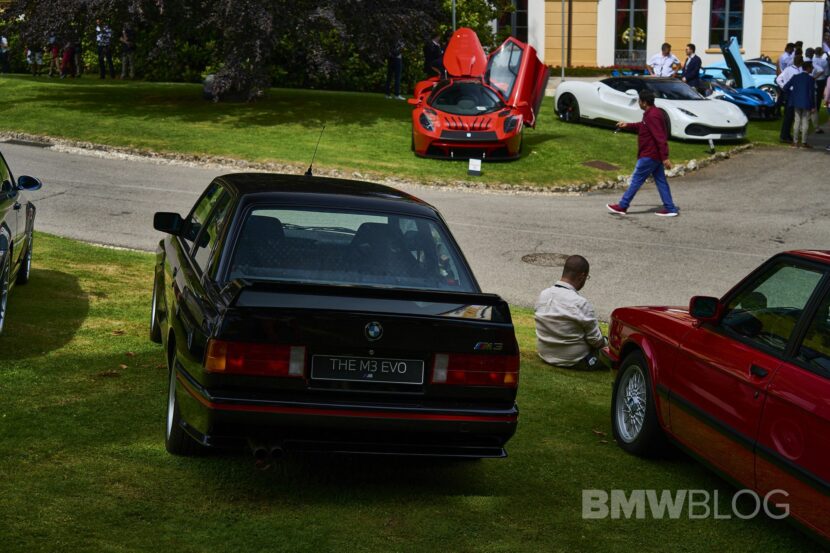 From compact cars like the 1M Coupe and an M2 to large ones including an M6 E63 and several M5s from different generations, the M-Cartel XL was an excellent gathering of some BMW M greatest hits. One car we’d like to highlight is the M5 E61 Touring with its long roof and naturally aspirated V10 engine, shared with an E60 Sedan that also appears on camera.

In case you haven’t noticed, many of these vehicles are equipped with aftermarket exhaust systems for an angrier soundtrack, including an M5 F10 pushing out 720 horsepower. Representing the old guards were an M3 E30 and a supremely classy ALPINA B6 2.8 from the same generation.

Our pick of the range would have to be the red 850CSi, which is technically not a fully fledged M car, but does it really matter when the E31 is such an icon? The M3 E46 remains as desirable as ever and we can’t help but notice there aren’t any current-generation M8 models in the video.