The original BMW M3 E30 may have had only a four-cylinder engine, but this race car has lost its S14 powertrain in favor of something larger. Taken from the subsequent M3 E36 was the S50 inline-six, specifically the S50B32 configuration introduced in 1995. The new version bumped displacement to 3.2 liters and output grew to 316 horsepower. In this application, it has been further modified to extract approximately 380 hp.

Ok, but what is this race car anyway? It started out in life as an E30 M3 from 1987 before being modified by Fink Motorsport in Austria. We’re being told it took part in the Youngtimer class of the Austrian Histo Cup championship where it triumphed in its class two times. Upgraded throughout the years, the track-only machine has been in the hands of Swiss team R Ackermann Motorsport. Aside from the engine transplant, the five-speed manual gearbox has made way for a six-speed sequential transmission. 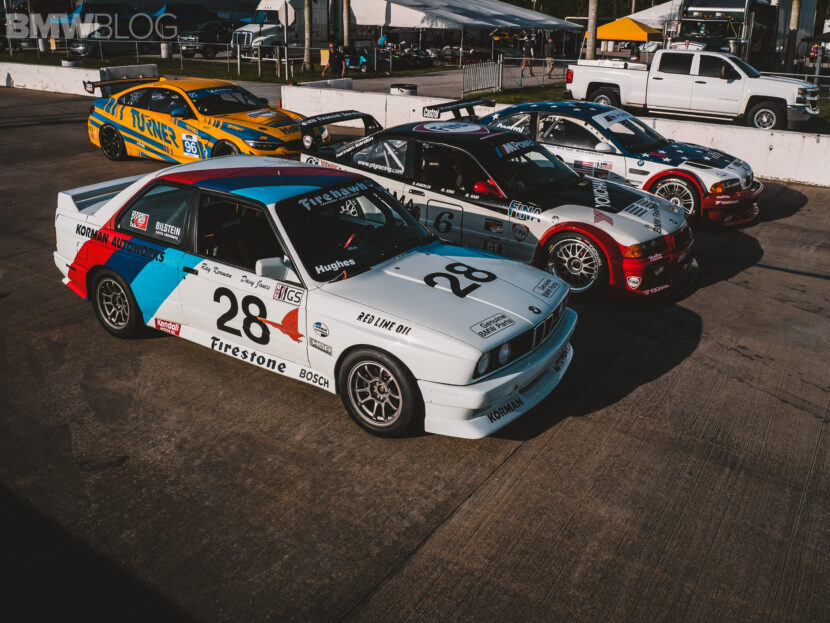 While an M3 E30 weighed about 1,165 kilograms (2,568 pounds), this one is even lighter despite having a larger engine. Indeed, the race car has shaved off a full 100 kg (220 lbs) while gaining AP Racing brakes for superior stopping power. Moreover, the OEM wheels have made room for a BBS centerlock set with a bronze finish.

The adjacent footage was shot a few days ago at the famous Monza circuit in Italy where the purpose-built BMW M3 E30 participated in a Pistenclub track day. With three-cylinder engines and gasoline particulate filters becoming the norm, it’s refreshing to hear the music played by a good ol’ naturally aspirated straight-six mill.

The E30’s boxy styling has aged like fine wine and this race car with M colors and a massive gurney flap looks as good as it sounds. The 380 hp might not sound much by today’s standard, but with the car being about as light as Mazda MX-5 ND, it must be a real hoot to drive.