Pitting the BMW M3 against the Porsche 911 Turbo S in a drag race seems like a waste of time, even if the sports sedan is the quicker xDrive model. However, this is no ordinary G80 as it has been upgraded by UK shop Wrench Studios who managed to crack the inline-six’s ECU to unlock more power. With the remapped engine control unit, the S58 has been taken to a nice round figure of 600 hp.

Courtesy of the stage 1 kit, the twin-turbo 3.0-liter engine now delivers a more generous 750 Newton-meters (551 pound-feet) of torque, representing a healthy increase of 100 Nm (74 lb-ft) over the standard M3 G80. A bump in output is nice and all, but can it really be enough to beat the all-conquering Turbo S? 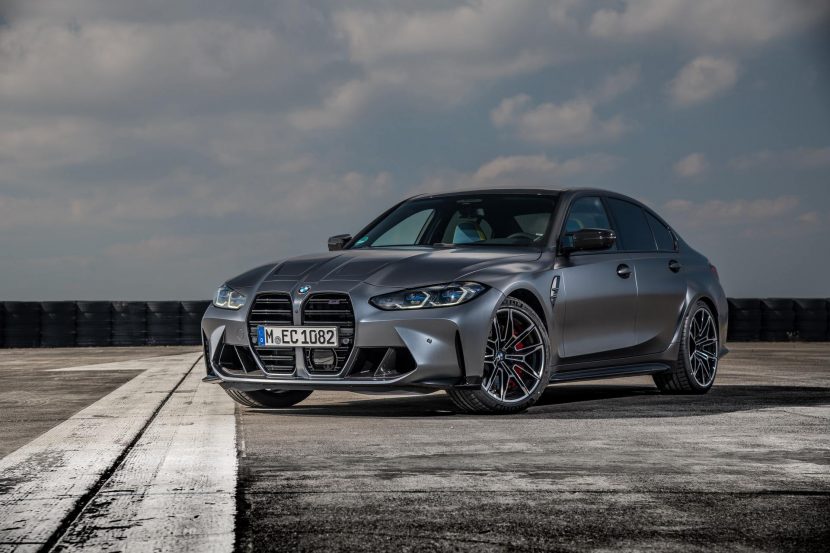 After all, the top-tier 911 is still stronger both in terms of horsepower and torque, at 650 hp and 800 Nm (590 lb-ft). It too has an AWD system receiving the flat-six engine’s oomph from an eight-speed automatic transmission, but it’s of the dual-clutch variety rather than a torque-converter. Not only that, but it is also 140 kg (308 lbs) lighter than the M3, so the BMW is still the underdog at the end of the day.

Carwow wanted to find out whether the amped-up saloon would stand a chance against the coupe and therefore decided to organize a showdown consisting of drag and rolling races, followed by a brake test. Rather surprisingly, the tuned M3 xDrive won the first duel, primarily thanks to a far better start. Or should we say the 911 Turbo S had a poor launch?

It was the other way around in the second drag race as the BMW had an unfortunate start due to a lack of traction off the line, causing the wheels to spin. It couldn’t catch up, so the winner was ultimately decided in a third fight. The Porsche won that one too, completing the quarter-mile in 10.3 seconds or three-tenths of a second quicker than the M3 xDrive with its stage 1 aftermarket upgrade.

In the subsequent roll races from 50 mph (80 km/h), the BMW had to settle for second place once again, but we should point out it wasn’t substantially slower than the Porsche. The gap was much bigger in the brake test from 100 mph (161 km/h) as the Turbo S came to a halt considerably quicker. The outcome isn’t all too surprising considering the 911 costs more than double the price you pay for the M3 xDrive.