Due to its higher center of gravity and increased weight, an SUV can’t be as dynamic nor as quick as a sedan, let alone a purpose-built sports coupe. Nevertheless, even a two-tone vehicle such as the X3 M is absurdly quick off the line, especially if it has been modded. Such is the case here as although BMW quotes the performance crossover with a 0 to 62 mph (100 km/h) sprint in 3.8 seconds, some folks want it to be even quicker.

It may look fairly standard on the outside – and even has an ironic “1StockX3M” Instagram handle plastered on the tailgate – this X3 M is anything but that. Featuring an upgrade from Pure Turbos, the inline-six engine now pushes out a colossal 750 horsepower and 940 Newton-meters (691 pound-feet) of torque. Doing the math, that’s a massive increase of 240 hp and 340 Nm (250 lb-ft) over the standard vehicle. 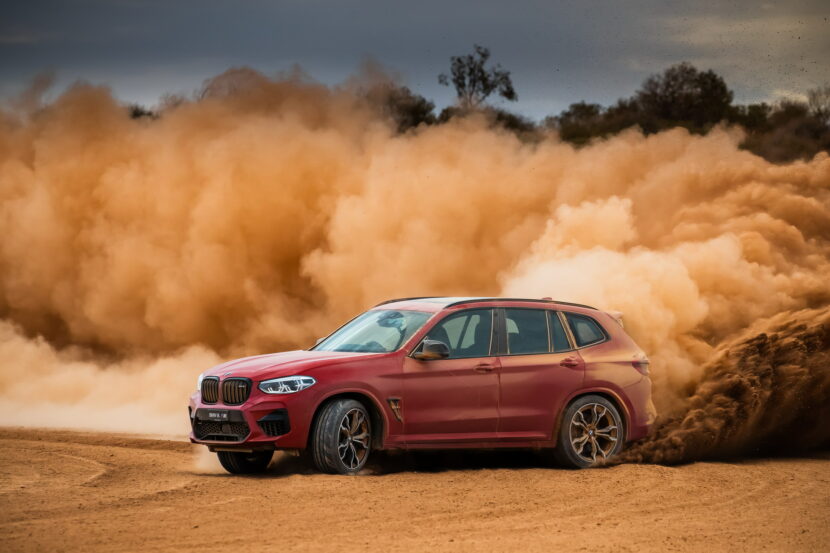 With the heavily upgraded 3.0-liter engine, the BMW X3 M Competition accelerates to 62 mph (100 km/h) from a standstill in a staggering 2.91 seconds, which is essentially supercar territory. Just as impressive is the time it takes to reach 124 mph (200 km/h) from zero – only 9.6 seconds. The amped-up SUV completed the quarter mile in 10.53 seconds. In a subsequent run, it went on to accelerate to 180 mph (290 km/h).

It’s easy to imagine such an upgrade on a lighter car such as the M3 Sedan for even better performance. With the upcoming M2 getting basically the same engine, it’s safe to say the tuning scene will be all over the G87 once it’s out. Then there’s the noise it makes as the S58 delivers an appealing soundtrack to perfectly match the added oomph. It’s still an X3 at the end of the day, so practical and comfortable enough for a family car.