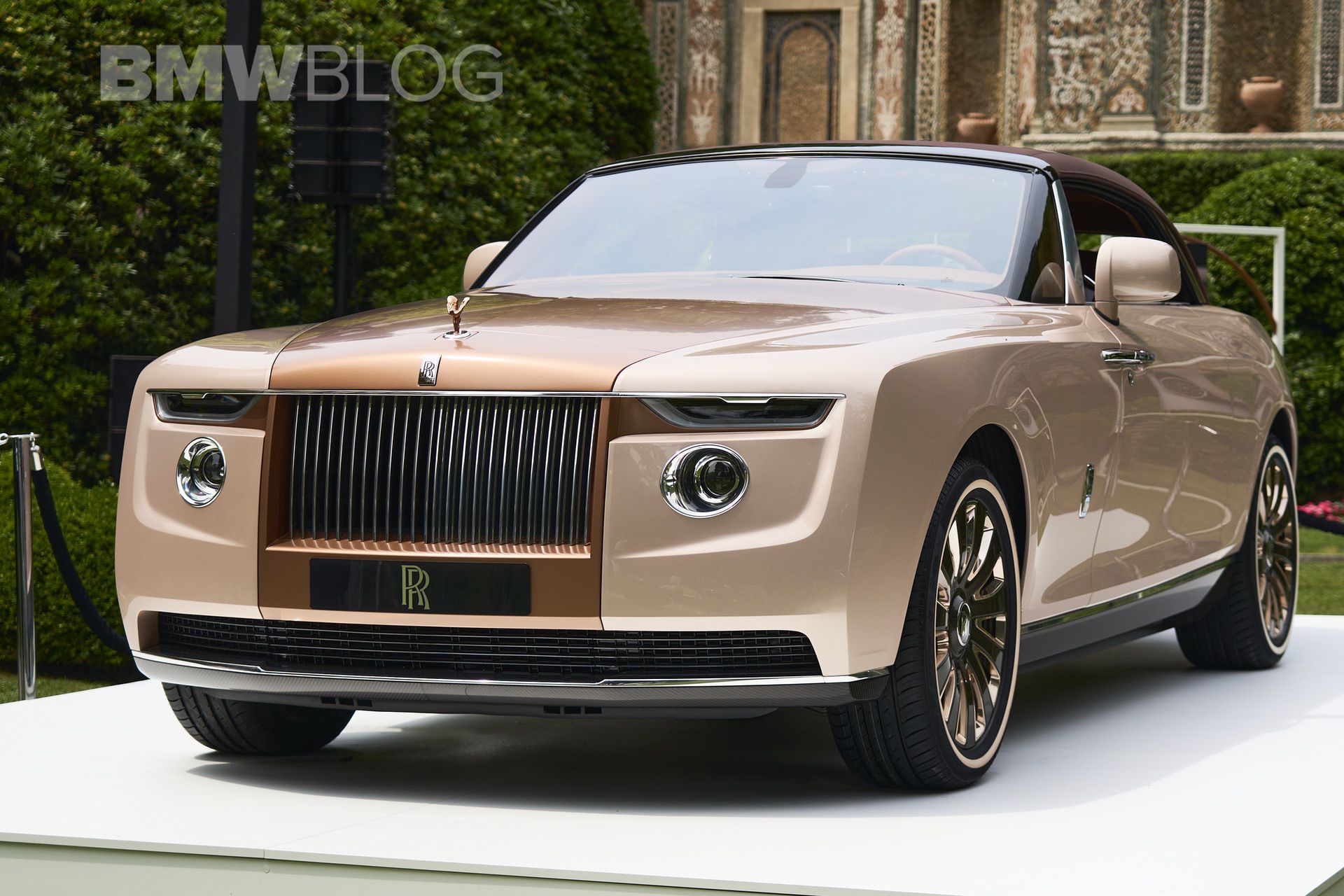 At the 2022 Concorso d’Eleganza Villa d’Este, Rolls-Royce debuted its second Boat Tail, a nearly $30 million bespoke car that’s been designed for one specific customer. Though, if it’s the second one–and there’s gonna be a third–is it actually all that bespoke? But I digress. We had a chance to see the stunning Rolls-Royce Boat Tail in person at the Concorso, overlooking Italy’s breathtaking Lake Como, and were able to discuss its design with Rolls-Royce designer Alex Innes, who’s head of coachbuilding at Rolls.

The Rolls-Royce Boat Tail is interesting because its body is entirely unique but is undeniably a modern Rolls-Royce. Its color scheme is interesting, as it’s a sort of brown/mauve-ish color scheme and it features rose gold accents throughout the entire car, including the Spirit of Ecstasy. 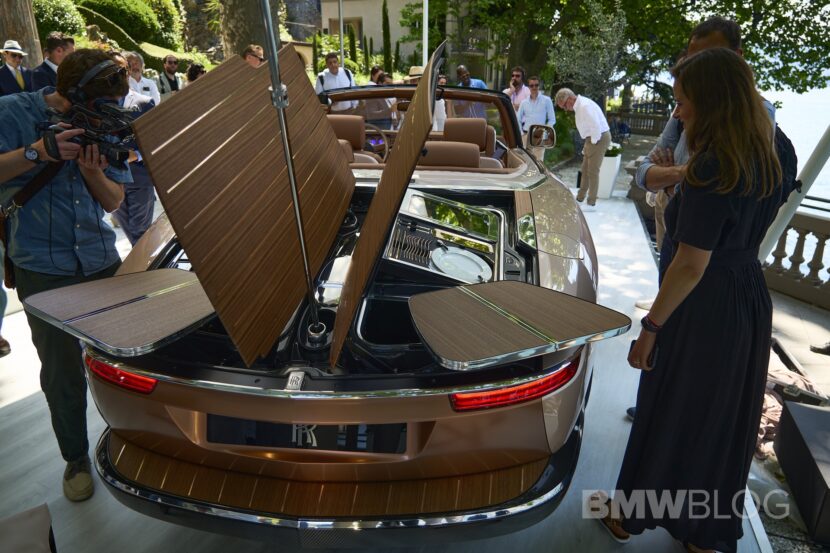 However, the main event is the spectacular wooden rear deck that opens up to provide an umbrella, cutlery, champagne coolers, serving plates, and more. Pop the back of the Boat Tail open and you can have the picnic of Bond villains. It’s equal parts lovely and hilariously over-the-top. Which basically sums up the entire Rolls-Royce brand. Though, I do have to wonder: after the picnic is over, where do you put the dirty plates and forks? I guess that’s Nigel the Butler’s problem to deal with.

The Rolls-Royce Boat Tail costs more than several mansions combined and this is the only one like it in existence. Unless the owner of this car is sneakily reading this article (shoot me an email if you are! I have all the questions), none of use are ever going to see this thing again. So check this video out to get the closest tour of it you’re ever going to get.