SPIED: BMW M3 CS Seen in the Wild Around the Nürburgring

Home » SPIED: BMW M3 CS Seen in the Wild Around the Nürburgring 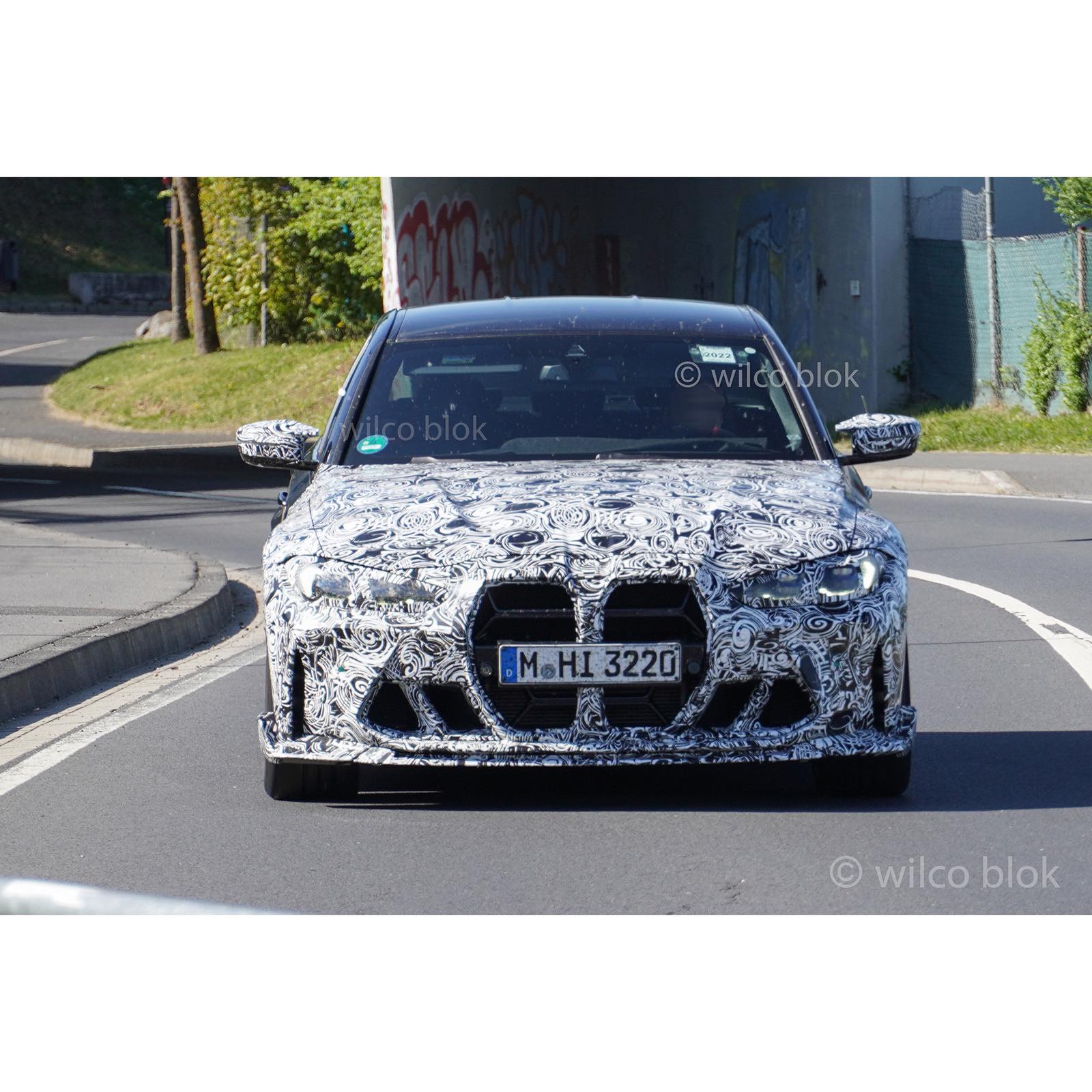 At the moment, there are two BMWs taking up most of the brand’s internet bandwidth–the BMW M3 Touring and the M4 CSL. For good reason, too, both cars are incredibly exciting, kick-ass performance cars. However, there’s another Bimmer that’s flying a bit under the radar but could actually be the best of them all–the BMW M3 CS–and it was just caught testing outside the Nürburgring. (We don’t own the spy photos but they can be seen here)

These photos show off a mostly production-ready BMW M3 CS, with minimal camouflage, testing on public roads outside the ‘Ring. In the new photos, you can see that the M3 CS will have the same face and front end as the M4 CSL. How can you see that for sure? Because they’re parked next to each other in one of the pics and their front ends are identical. That means they’ll both get the same funky grille insert, the same front air intakes, and even the same lip spoiler.

Out back, you’ll notice some camo on what looks to be a small ducktail spoiler on the trunk lid. It’s the same sort of spoiler we’ve seen on every other BMW CS model so far, including both the recent M2 CS and M5 CS. So it isn’t particularly surprising. 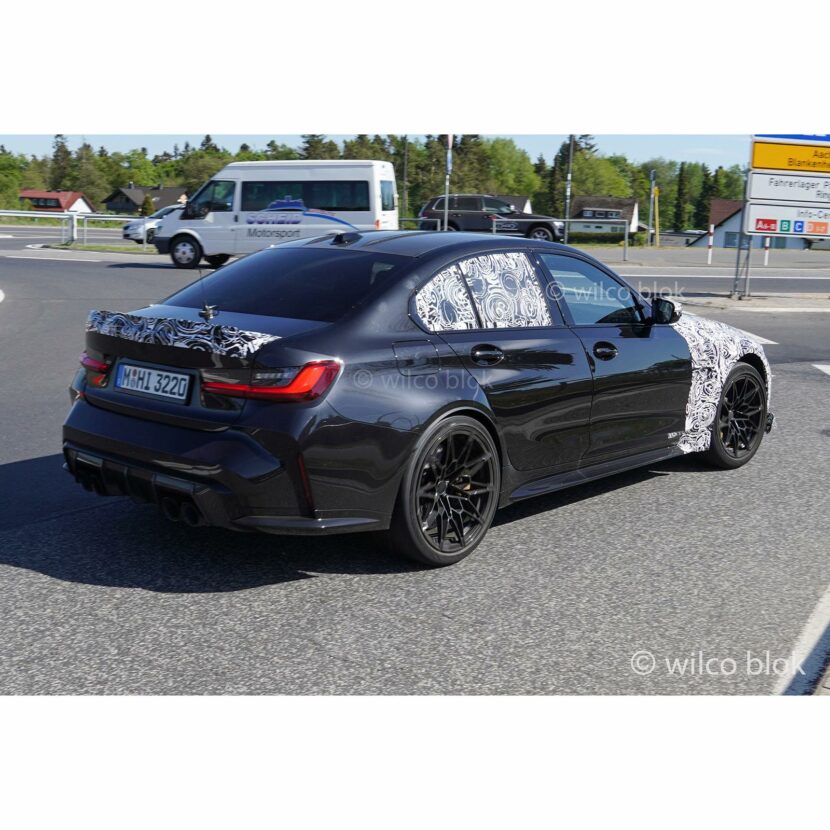 One interesting thing to note, though, is the use of camo on the rear windows. This isn’t the first time we’ve seen this and we’ve speculated in the past as to why BMW is covering up the rear windows. Previously, my first two guesses were that it was done to hide either a lightweight glass replacement, such as Perspex, or to hide the back seats, which were potentially the same sort of sport buckets found in the M5 CS. I had leaned toward the latter, as that seemed most likely, but no longer.

These photos show off the rear headrests through the back window and they look to be normal BMW rear seat headrests, so this test car doesn’t seem to have any unusual rear seat arrangement. So the only other reason I can think for camouflaging the rear windows is that they’re made of Perspex, or something similar, and BMW wanted to hide it. Though, I could also be wrong, as my wife likes to remind me, I often am.