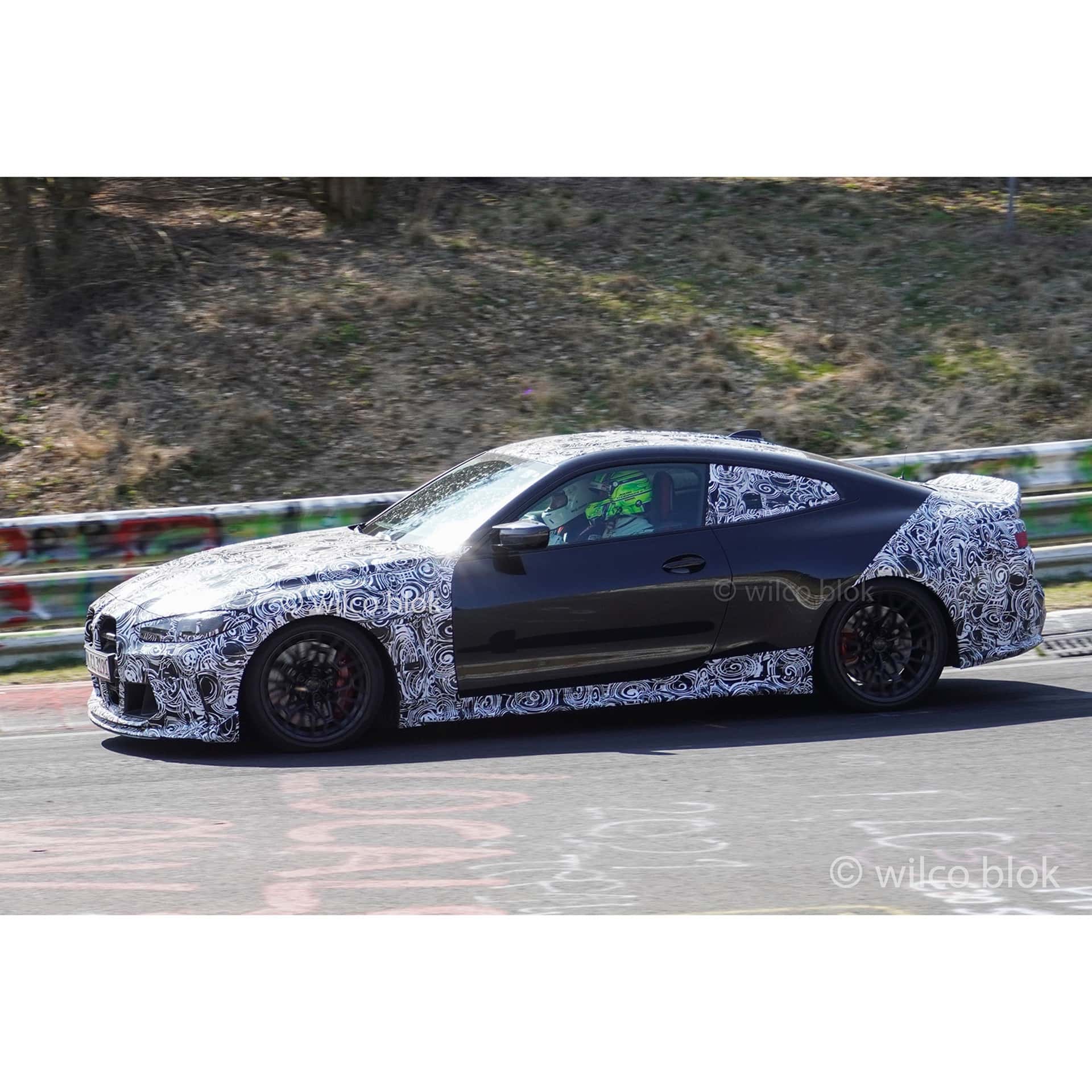 24 hours have passed since the last M4 CSL teaser, so you know what that means – yet another one. BMW M continues to fill in the missing pieces of the Coupe Sport Lightweight puzzle by showing design details of the much-awaited special edition. The latest preview puts the spotlight on the lightweight construction by showing off the side skirts made entirely from carbon fiber.

We’re used to seeing red accents serving as a contrasting effect and this latest teaser is no exception. Black “M4 CSL” lettering on a red background denotes this car is a step up from the Competition version. We won’t be seeing much of that decal in real life because rumor has it that BMW will limit production to only about 1,000 cars.  That’ll make it even more exclusive than the M3 E46 CSL of which 1,383 units were produced. However, the 3.0 CSL is still the king of exclusivity, having been assembled in only 167 examples.

Although we’ve seen our fair share of teasers, BMW remains coy on details about the third-ever CSL. We do know from past statements the weight loss could hit 100 kilograms (220 pounds), partially achieved by getting rid of the rear doors. Sticking to a rear-wheel-drive layout has also helped with the diet, which should also contain a generous amount of carbon fiber beyond these chunky side skirts.

While the M4 Competition has the S58 dialed to 503 horsepower, M engineers are expected to bump the twin-turbo 3.0-liter by approximately 10%. Should that not be enough, a 600-hp 3.0 CSL is widely believed to debut before the end of 2022 as an M4 CSL styled after the 2015 3.0 CSL Hommage concept. Add into the mix the M2, M3 Touring, and XM all due in 2022 and you begin to realize this will be the busiest year ever for the M division, a year during which it’s celebrating half a century of existence.

Meanwhile, the M4 CSL will finally break cover on Friday, May 20.