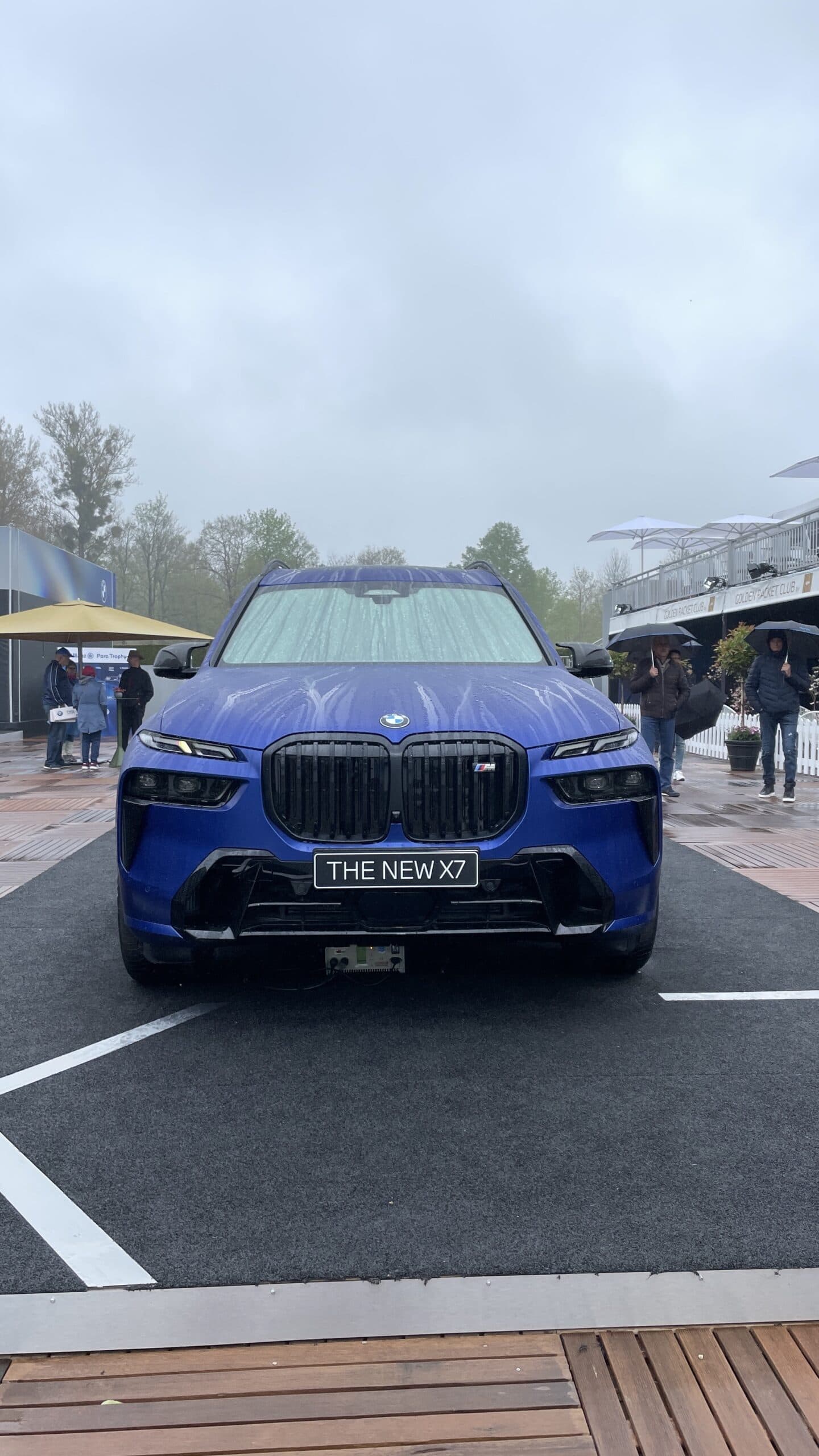 This BMW X7 Facelift in Frozen Marina Bay Blue was displayed this week at the 2022 BMW Open Tennis tournament in Munich. This is also the first time that we see real life photos of the X7 LCI with the matte blue color. The top of the line BMW X7 M60i gets a few new shades as well, aside from the Marina Bay Blue: Ametrine Metallic and Frozen Pure Grey Metallic. There are of course a ton of new Individual colors available too, including Daytona Violet and Ruby Red. The BMW X7 M60i will also get an optional “BMW M 50 Years” emblem on the hood, tailgate and hubcaps. 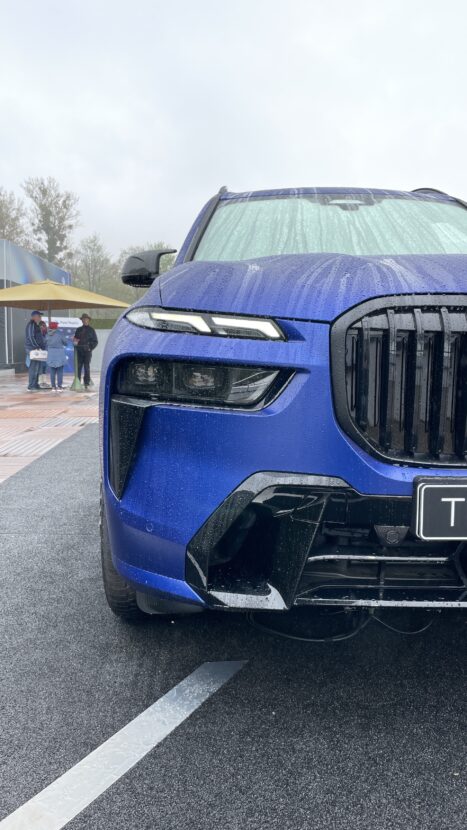 The headlights are now split into two halves, upper and a lower. The upper half features a modern, slimmer take on the signature dual-halo BMW headlight design, by offering two slim, upside down hockey stick LEDs. They seem to act as daytime running lights, as well as turn signals, leaving the lower half to handle the main and high beams. The lower half is much bigger, due to housing the main lighting elements, and it extends into vertical air intakes in the front bumper. 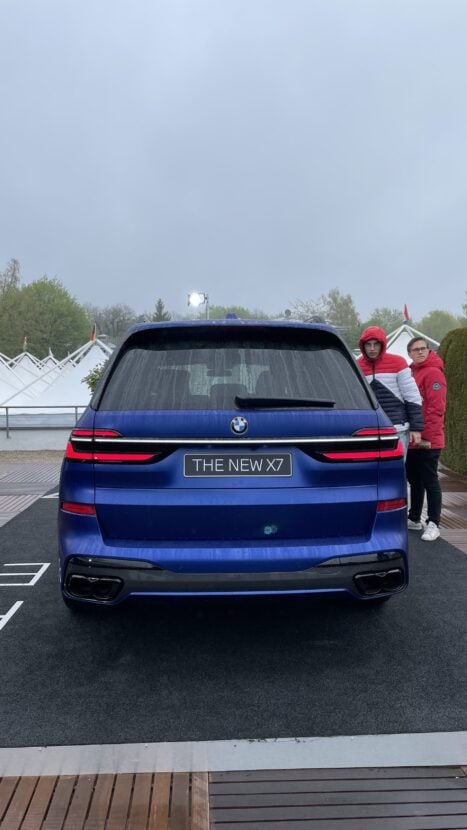 Out back, the BMW X7 LCI’s taillights are nearly identical to the pre-LCI taillights, except they have a bit more depth and are darker in color. Aside from that, though, the outside of the BMW X7 LCI isn’t much different than before. That’s typical of a BMW LCI update, to be fair, and the X7’s front end changes are probably the most radical LCI changes we’ve seen in years.

Split headlights aren’t the only thing to debut on the BMW X7 LCI. BMW’s first all-new V8 engine in ages will also first hit the scene on this new X7. It’s internally known as the “S68” engine and will be a proper M Division V8 that will also be used in some M Performance cars, such as the X7 M60i. 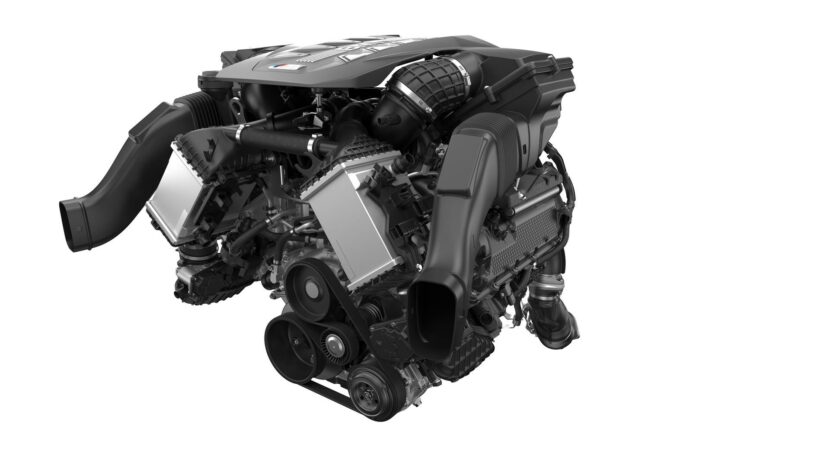 More importantly, it also gains 48-volt mild-hybrid technology, with added power from an electric motor. BMW claims the 48-volt mild hybrid motor makes 12 horsepower but up to 147 lb-ft (200Nm) of torque. It’s also said to aid the smoothing of auto start/stop technology. Total system power for the BMW X7 M60i is 530 horsepower and 553 lb-ft (750 Nm) of torque. According to BMW, the M60i gets from 0-60 mph in 4.7 seconds. 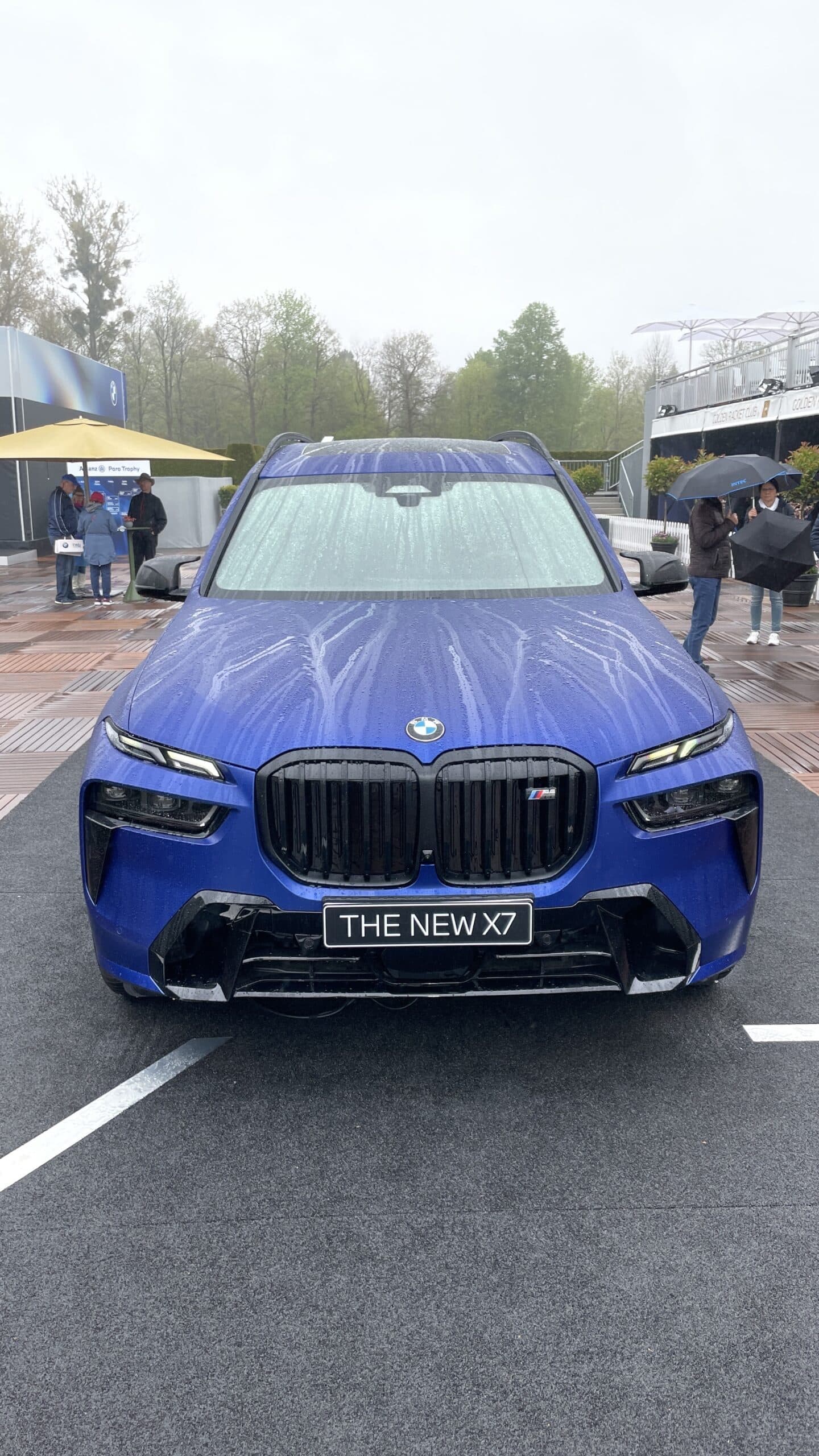 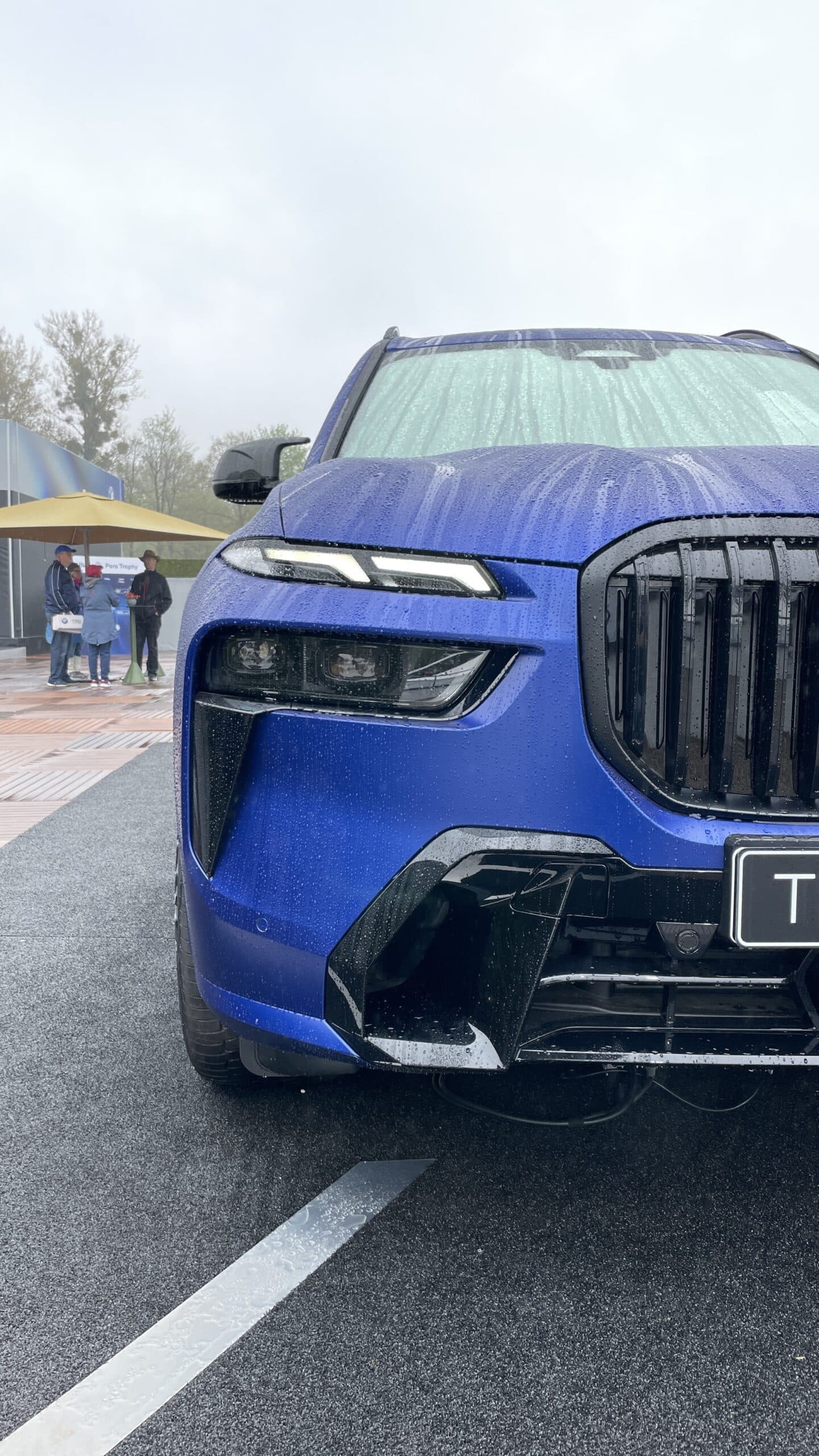 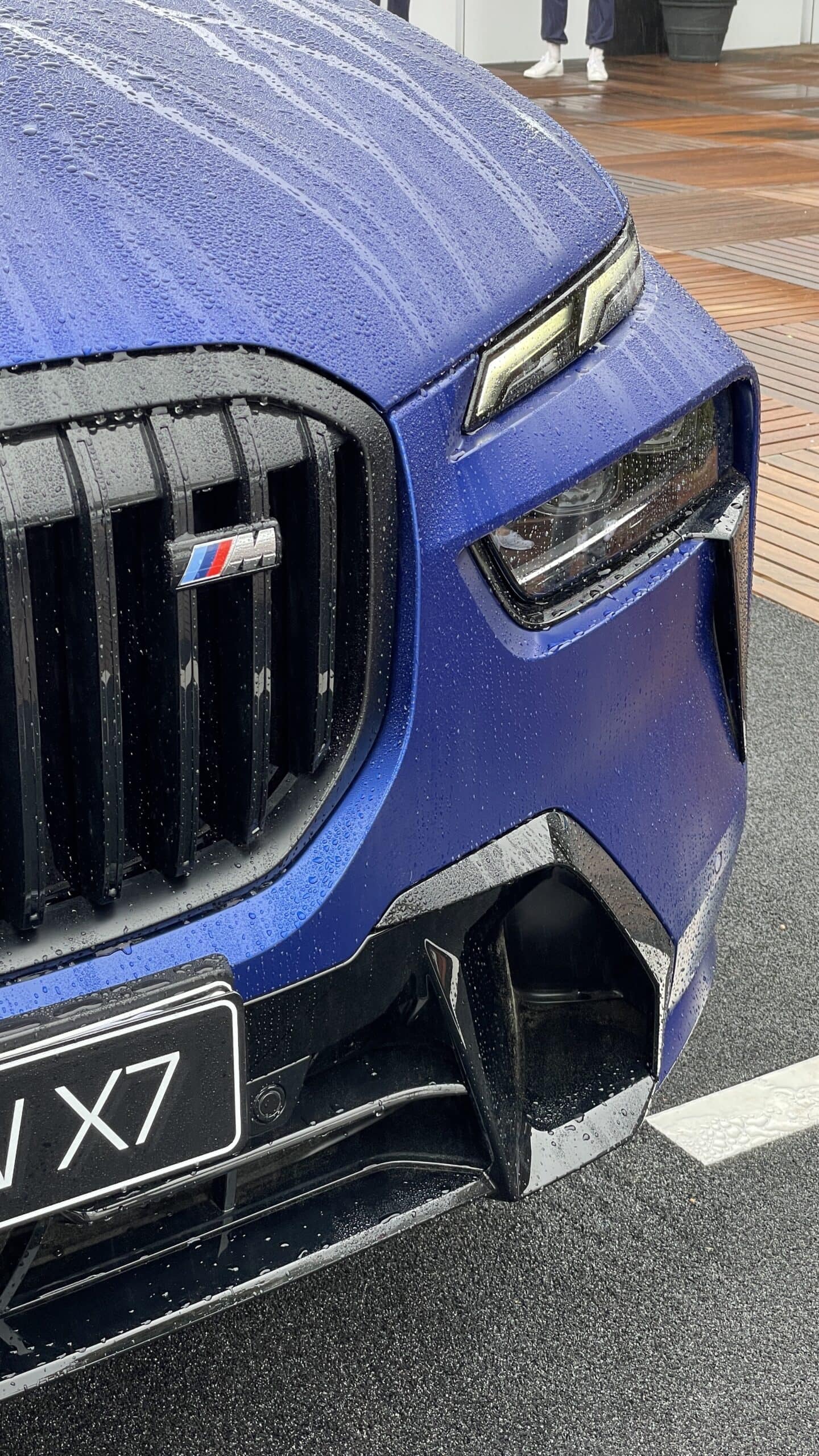 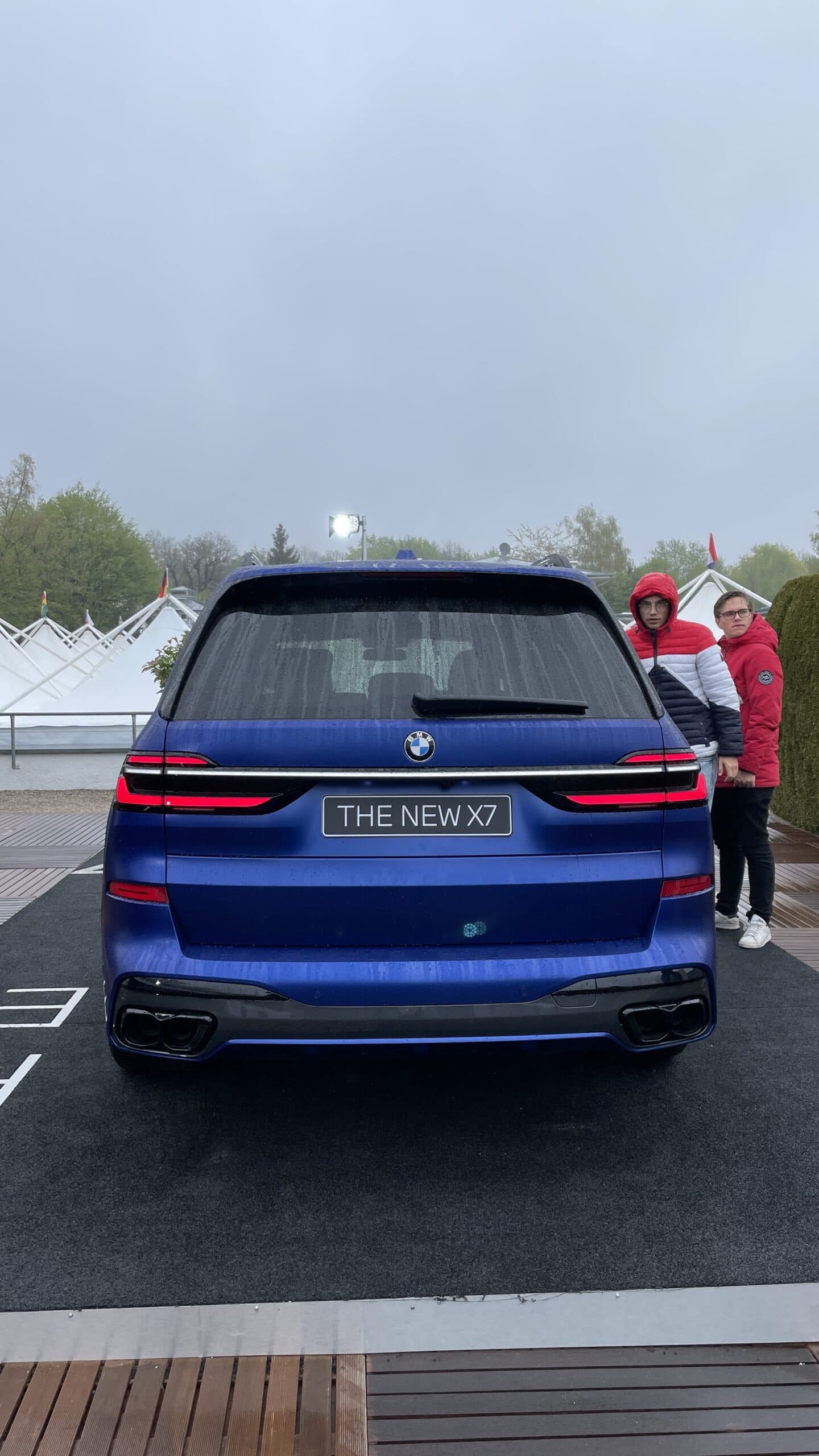 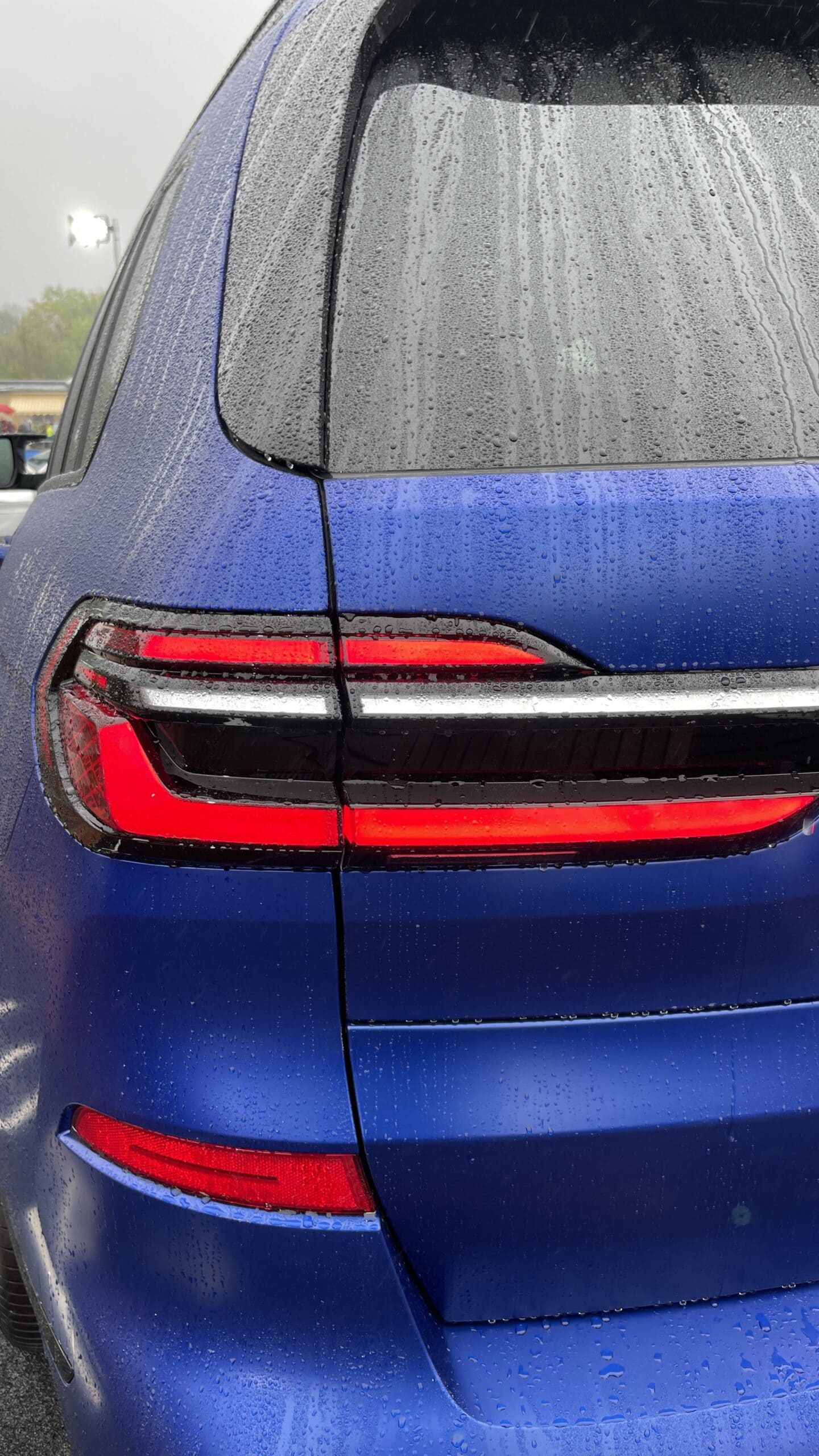