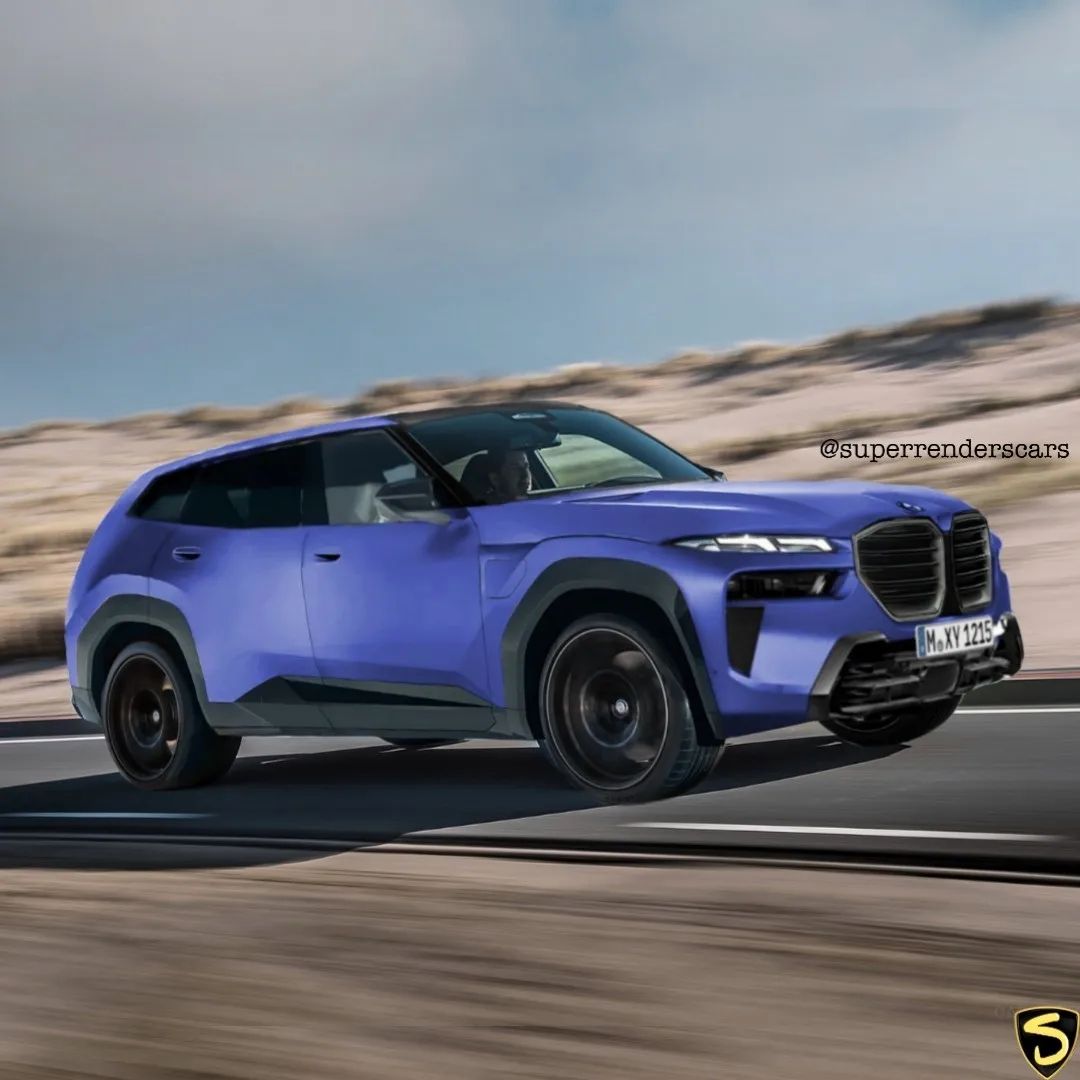 BMW is putting the final touches on their second-ever bespoke M car. While the BMW XM is in form or shape the successor of the M1 supercar, it’s still is a bespoke product. All M models are based on a series production BMW, from the M2 all the way to the M8, and to the X5 M and X6 M. But the BMW XM has no counterpart in the “regular” BMW lineup. The concept car was recently released and showed off the most radical, controversial design in BMW’s history.

While we’re confident that the production car will look similar to the concept car, we’re not quite sure just how similar. In this new image, we can see a BMW XM rendered with some potential production-ready design cues. At the front, the kidney grille gets sightly redesigned, while the split headlight are now more obvious than on the Concept XM. The front bumper is also more aggressive in design, with large air openings and a nicely sculpted spoiler. The hood line is tall and the front end is very upright.

Not many changes are observed on the side. The rendering shows the BMW XM with flushed handles, a charging port flap and the coupe roofline seen on the concept as well. The black belt is missing though, while the side mirrors are now closer to what a production model would show. It’s easy to see that the M Division wanted the BMW XM to look imposing. While its size is more of a product of packaging — as having to stuff a whopping V8 and battery into a car that will appeal to modern, SUV-crazed customers naturally creates a big car — its design is clearly meant to exude sportiness and aggression.

So far, BMW has only revealed one powertrain configuration. However, we’ve already heard that two others are planned as well. Initially, the BMW XM will be offered with only one engine choice, namely the highly anticipated S68 engine with electric assistance, making it the first M hybrid model. According to BMW, the hybrid XM should make 750 horsepower, which would make it the most powerful production car ever. If this rumor is to be believed, the 750 horsepower version will be joined by two more, about a year after the initial launch.

At the other end of the spectrum will be a version focused more on luxury than performance, with around 600 horsepower. An additional model with around 650 horsepower could also be in the works. The same source claims that all of the cars will have the same powertrain essentially under the hood but simply tuned differently. It remains to be seen though whether BMW will use the combination of a 3.0 liter six-cylinder turbo unit with electric motors.

The BMW XM is also likely to get some special model designations to go with the XM badge. The rumormill churns out three different model names are on the table. The entry level model allegedly bears the name BMW XM Red Label, followed by a more powerful and expensive BMW XM Black Label. The top model is rumored to simply be called BMW XM Competition, yet another name which makes sense in the context of the other Competition M SUVs.

BMW could, of course, change the final names before its market launch in December 2022. Production of the BMW XM begins in November at the Spartanburg Plant in South Carolina.