Many vehicles in the high-end segment excel at delivering luxury, but there are some brands that put focus on performance as well. BMW is a prime example when it comes to offering the best of both worlds. We’re not necessarily talking about M models as the M Performance cars also represent the whole package. Take for example the X3 M40i LCI, featured here in a drag race against the Genesis GV70.

To even the odds, YouTuber Sam CarLegion went with the more powerful version of the South Korean luxury SUV. It uses a twin-turbo 3.5-liter V6 engine producing a healthy 375 hp and 391 lb-ft (530 Nm) of torque.  It’s still down on horsepower by seven, but it makes up for that with an extra 22 lb-ft (30 Nm). However, if drag races have thought us anything, it’s that numbers rarely tell the whole story.

These all-wheel-drive family haulers with eight-speed automatic transmissions and similar weight are far from being evenly matched in the quarter-mile run. Proving once again the B58 engine is hugely underrated by BMW, the X3 M40i effortlessly beat the South Korean rival in all comparisons. Just about everyone was expecting the Bavarian SUV to take the win, but the gap is still remarkable. 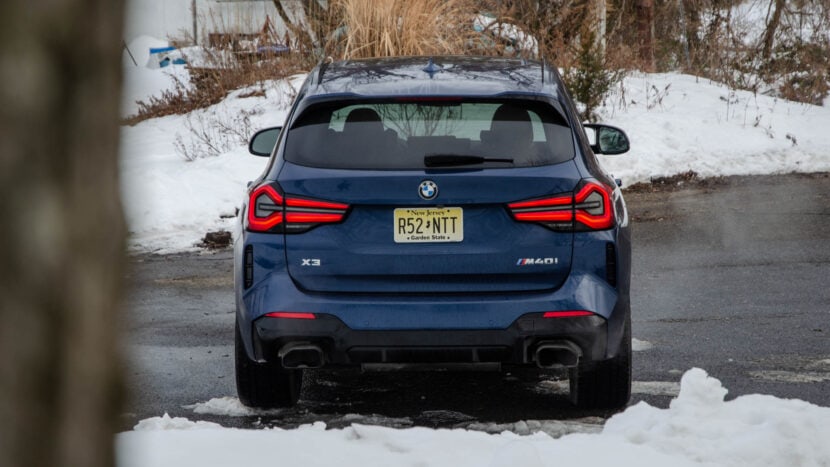 The outcome wasn’t that much different in the roll race from 30 mph (50 km/h). How come? Well, let’s just say the GV70 spent most of its time checking out the X3 M40i’s rear end. Of course, drag and roll races are not fully indicative of a vehicle’s performance, but it’s hard to imagine an evaluation in which the Genesis would win.

When it comes to design and delivering luxury, things get a bit more subjective. Hyundai has stepped up its game in the premium segment as Genesis is a compelling alternative to the Germans. Nevertheless, if a blend of performance and luxury is what you’re after, it’s hard to beat the BMW-Mercedes-Audi trifecta.