BMW M4 CSL shows its massive ducktail on the track 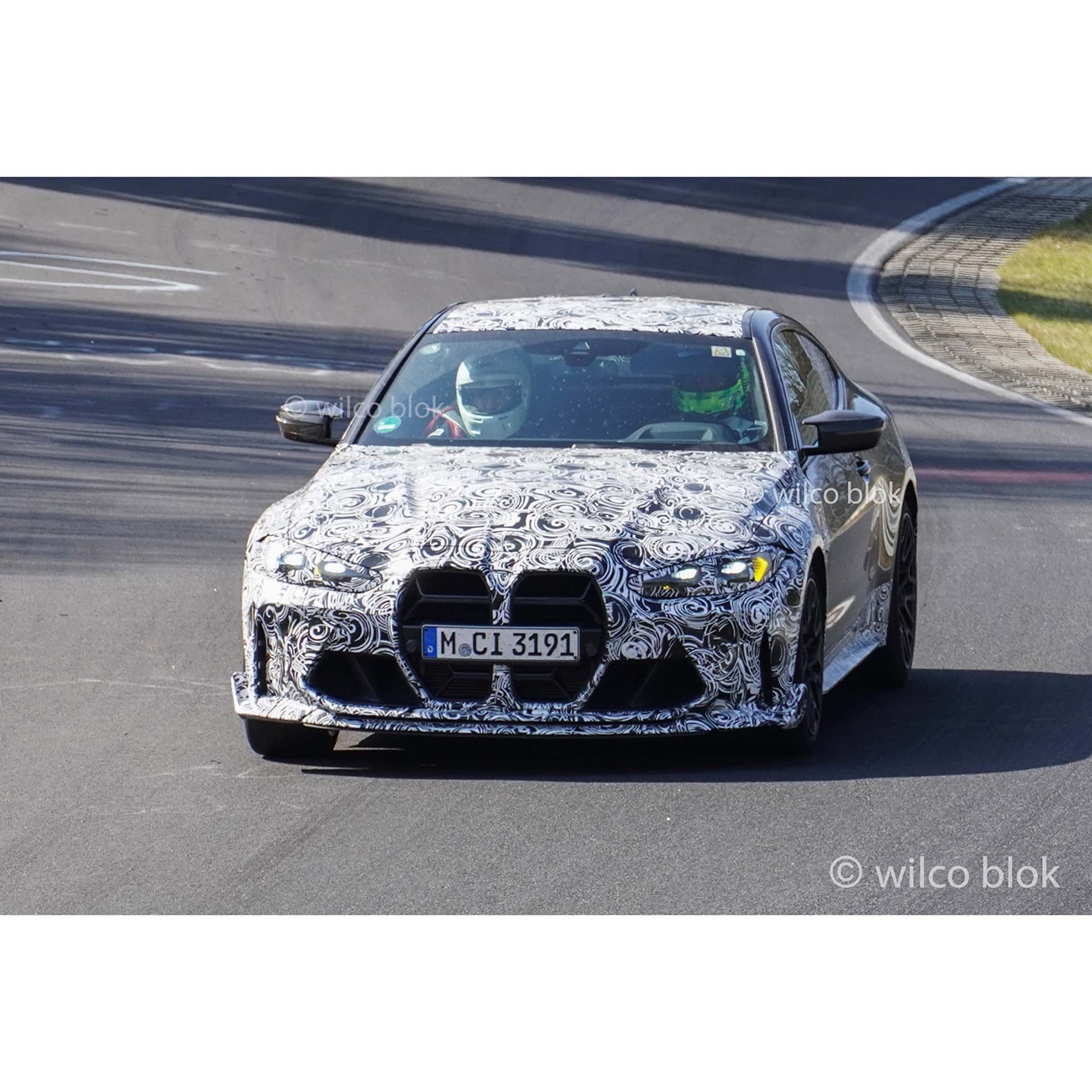 We’re days away from May and also from the official unveil of the first-ever BMW M4 CSL. The successor of the one and only E46 M3 CSL will debut next month before it goes on sale later this year. The 1,000 limited run is one of the centerpieces of BMW M’s 50th anniversary and certainly one of the most exciting sports cars of the year. In these new spy photos, we get to see the G82 M4 CSL on the track showing off its wide body and the massive ducktail. It also has the large grille size and shape of the standard M4, but the pattern now has “Y” elements. Changes to the headlights and taillights are also expected and from what we heard, they are quite exceptional.

The BMW M4 CSL is also rumored to be about 100 kilograms lighter than the M4 Competition. The BMW M4 CSL will shed some weight via a few carbon fiber body panels, a more stripped out interior, a rear bench delete and some reduced sound insulation. The M4 CSL will also get some unique carbon fiber bucket seats. The upper shoulder portion of the seat is carbon fiber and features large openings, seemingly ready for racing harnesses.

Underneath the hood, the inline-six 3.0-liter engine will likely be massaged to deliver an extra punch over the 503 hp in the M4 Competition. The twin-turbo S58 might be dialed to roughly 550 hp, sent to the rear wheels via an eight-speed automatic. As previously reported, the M4 CSL won’t be offered with a six-speed manual, nor will it have xDrive.

No word on pricing yet, but we don’t expect the BMW M4 CSL to be on the cheap side. The German market will likely price the M4 CSL above the 150,000 euros mark, considering that the BMW M4 GTS cost $146,000 nearly 10 years ago. We expect around 1,000 units to be produced for the global markets, with around 150-200 reserved for Germany and at least 300 units for the U.S. market, the largest M market in the world.