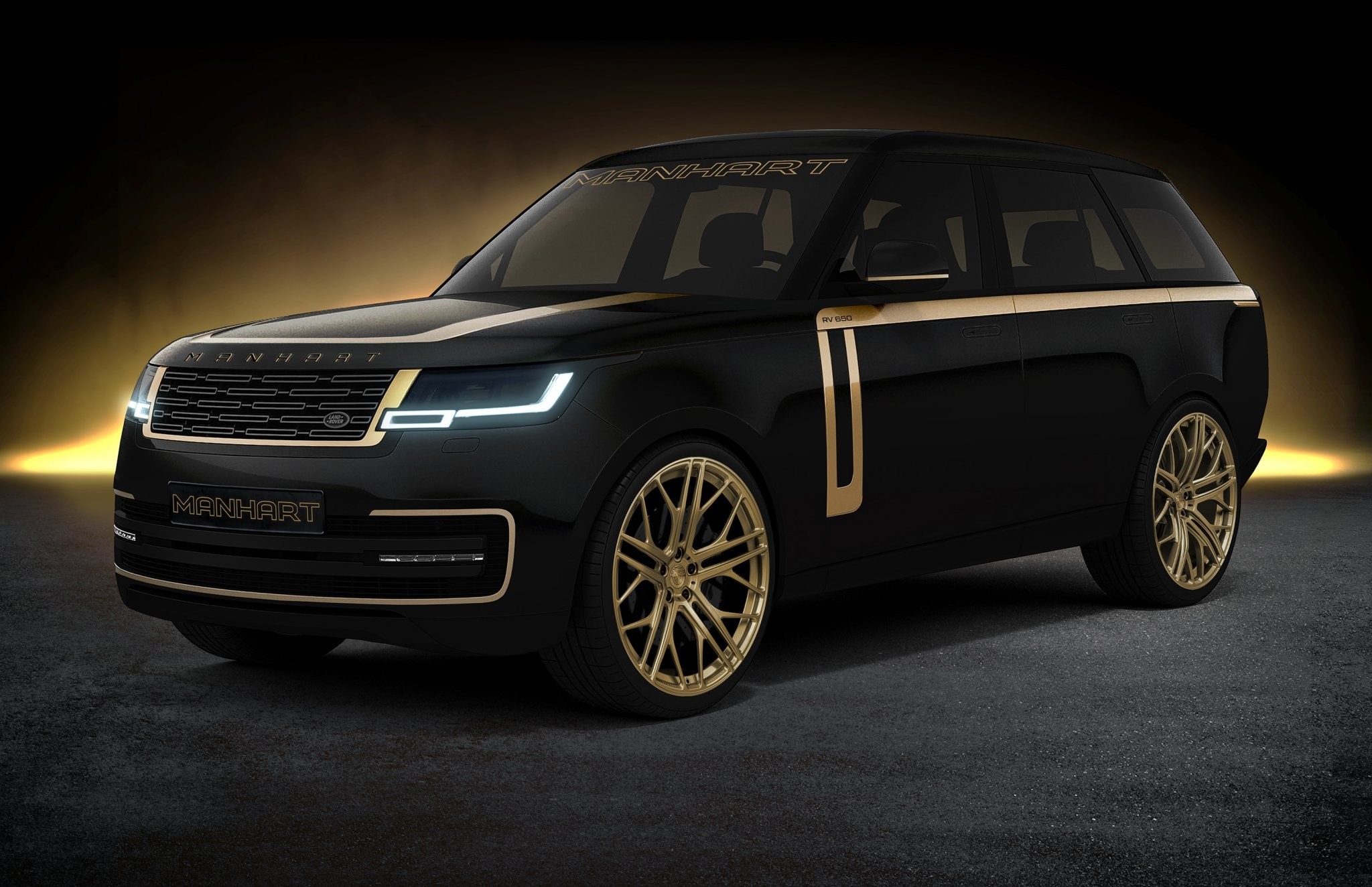 As standard, the eight-cylinder engine punches out 530 horsepower, but Manhart is eager to unlock quite a lot of extra punch. The German tuner is happy to announce it’s taking the N63 to a healthy 650 hp. There’s no word about torque, but it too should see a significant bump over the stock 2023 Range Rover with its 750 Nm (551 lb-ft). 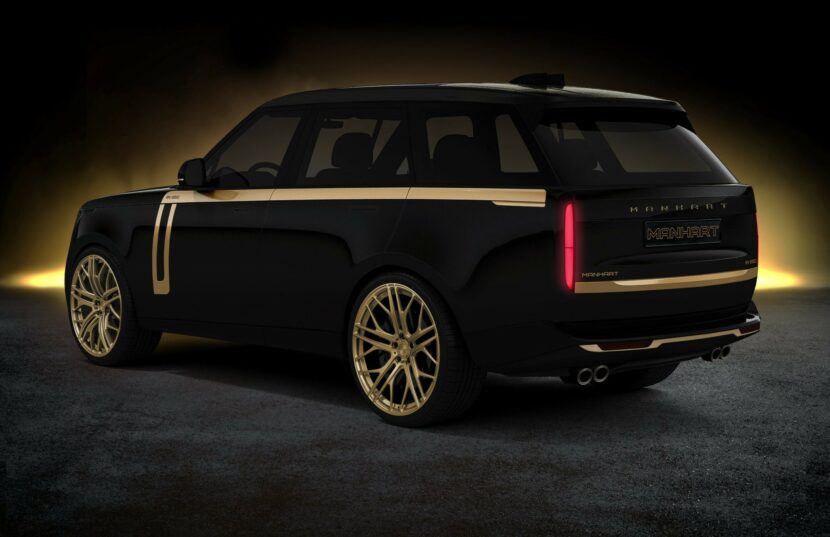 In typical Manhart fashion, the 2023 Range Rover has been dressed in black with striking gold accents. We’ve seen this look on plenty of BMW builds lately since it’s the tuner’s signature livery. The aftermarket specialist is taking things further by giving the interior a similar two-tone look. We’ll admit the gold accents are a bit too much, but then again, the SUV itself is already opulent.

Although Land Rover has taken the “less is more” approach by giving the Range Rover a minimalist design, Manhart sees things differently. Rather than hiding the exhaust tips beneath the bumper to clean up the rear, the custom build is more along the lines of “if you’ve got it, flaunt it”. Indeed, the fullsize luxury SUV adopts meaty quad exhausts to illustrate it packs extra muscle.

Land Rover is working on another BMW-powered SUV by preparing the more athletic Range Rover Sport. In the range-topping SVR specification, the model will allegedly rely on the S63 engine. If the rumor mill is accurate, the V8 could deliver 616 hp to match today’s X5 M Competition. However, the latter is believed to adopt a mild-hybrid S68 engine with the upcoming facelift. 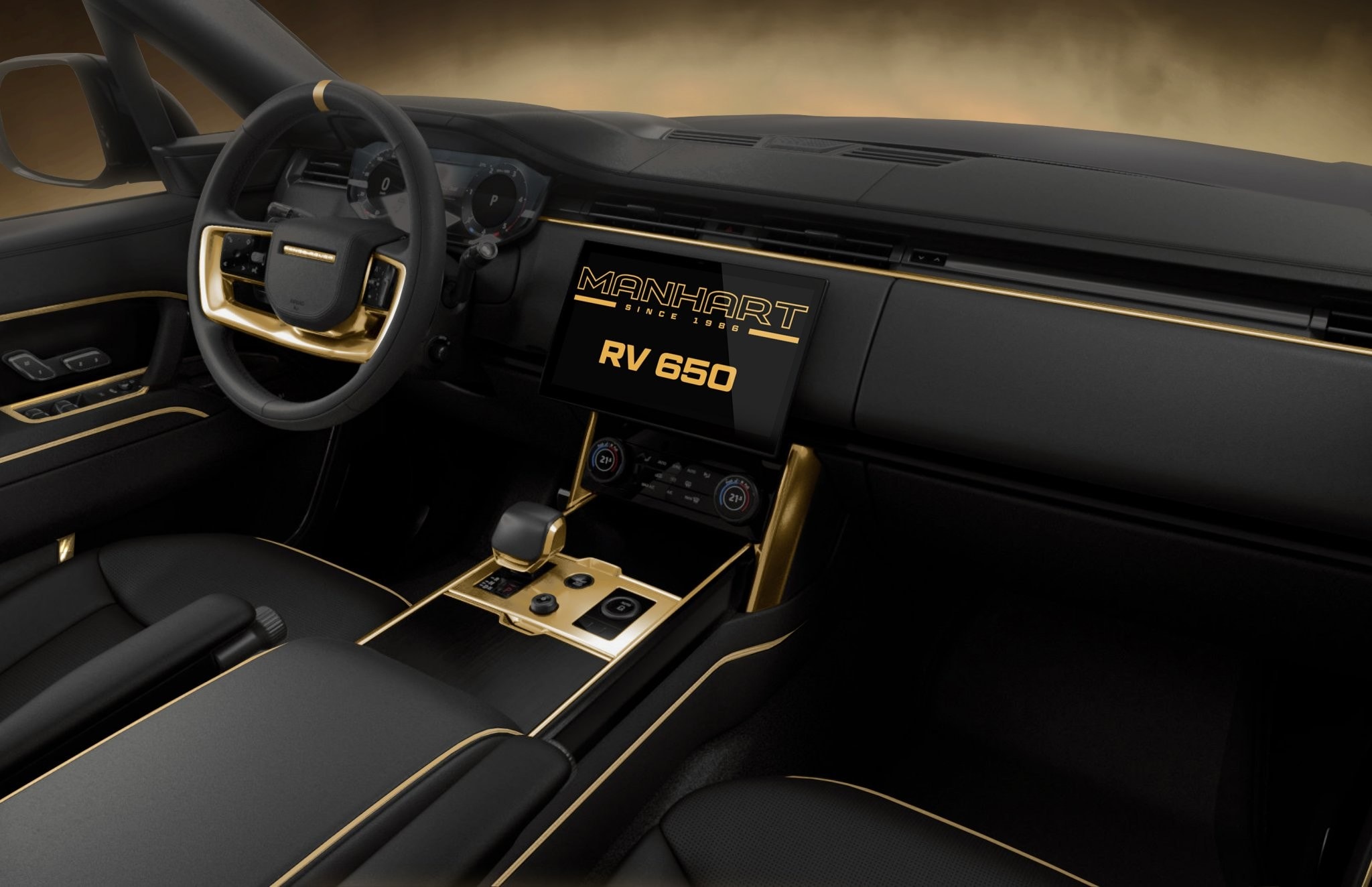 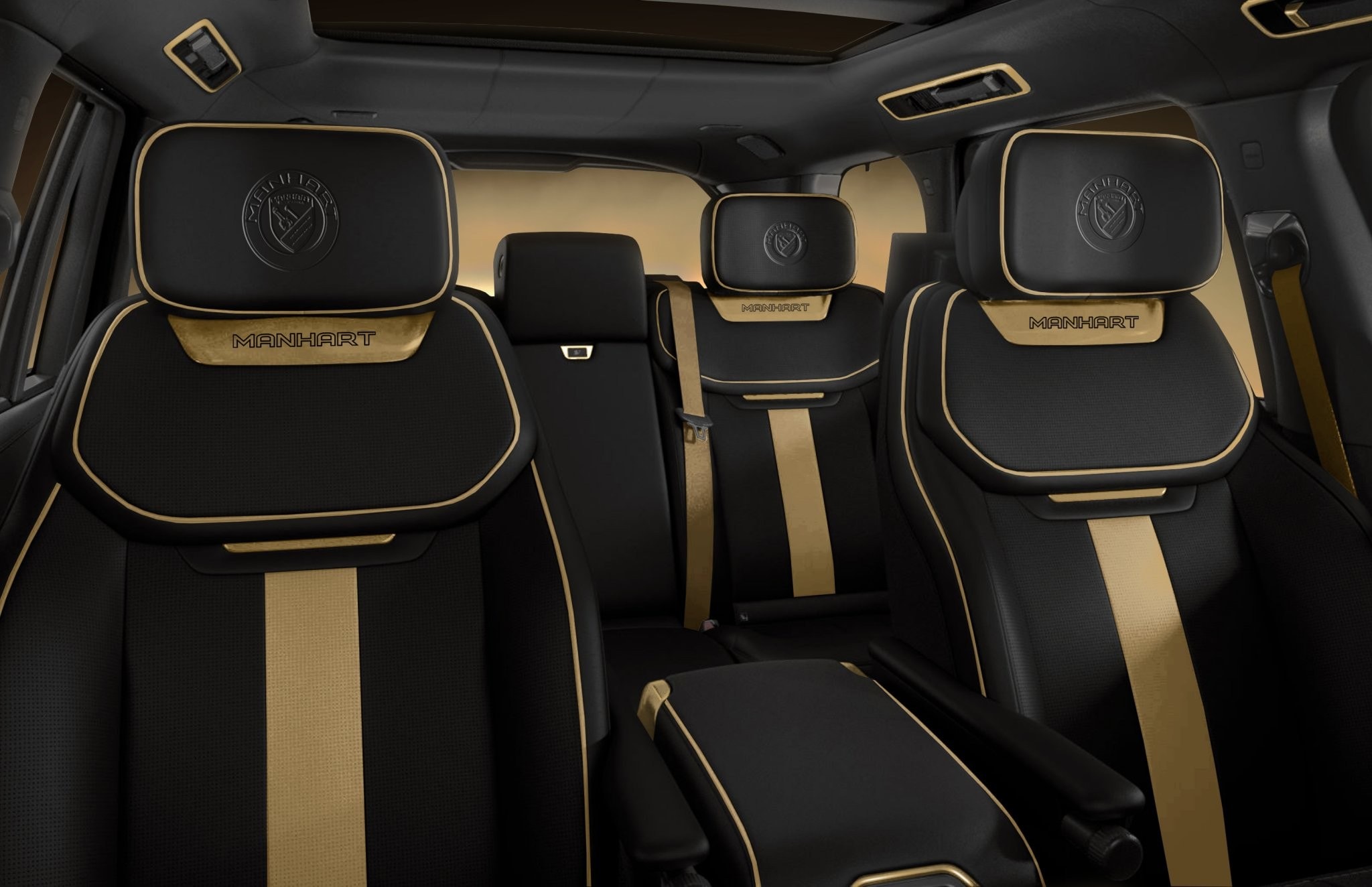 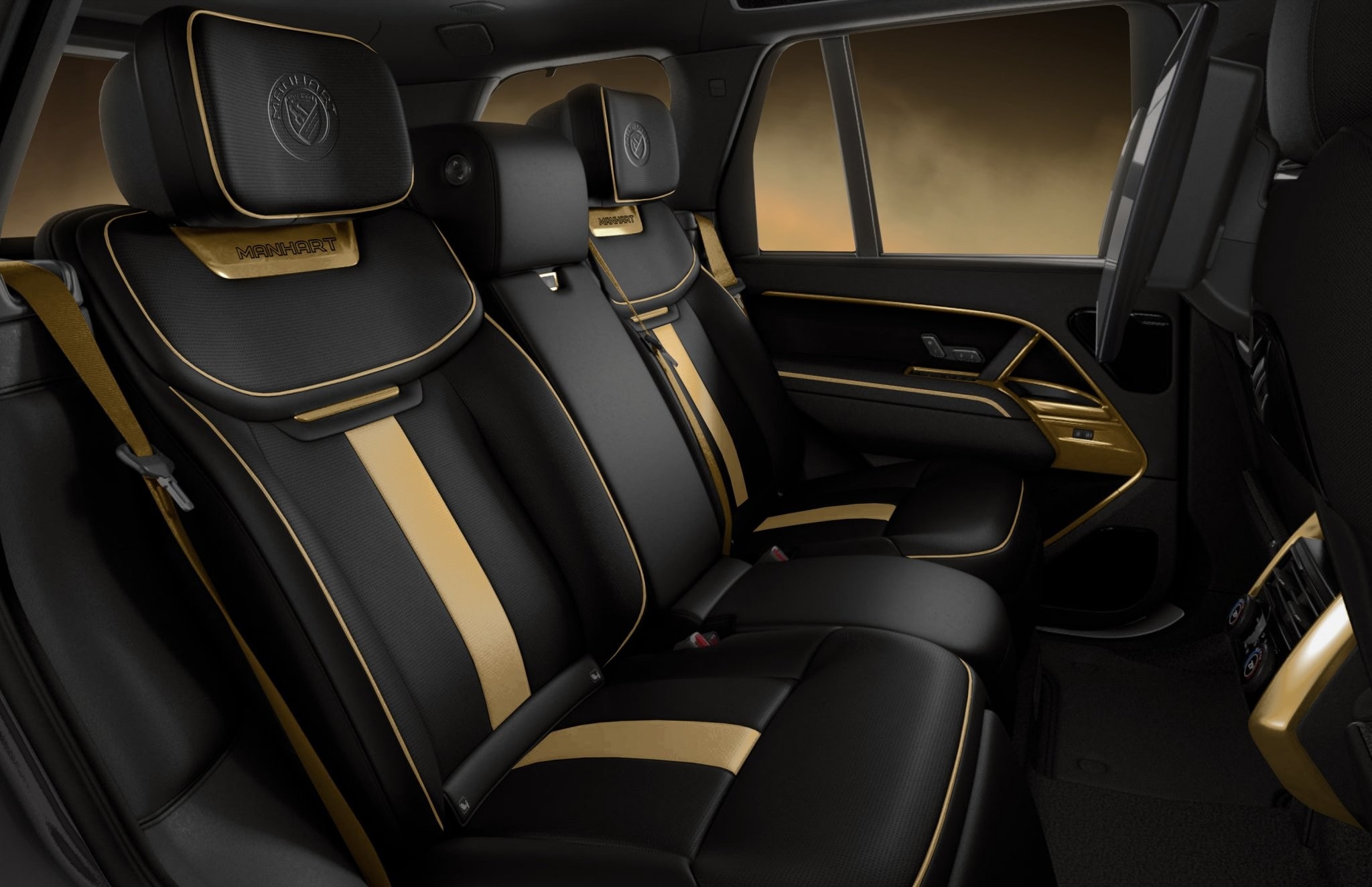 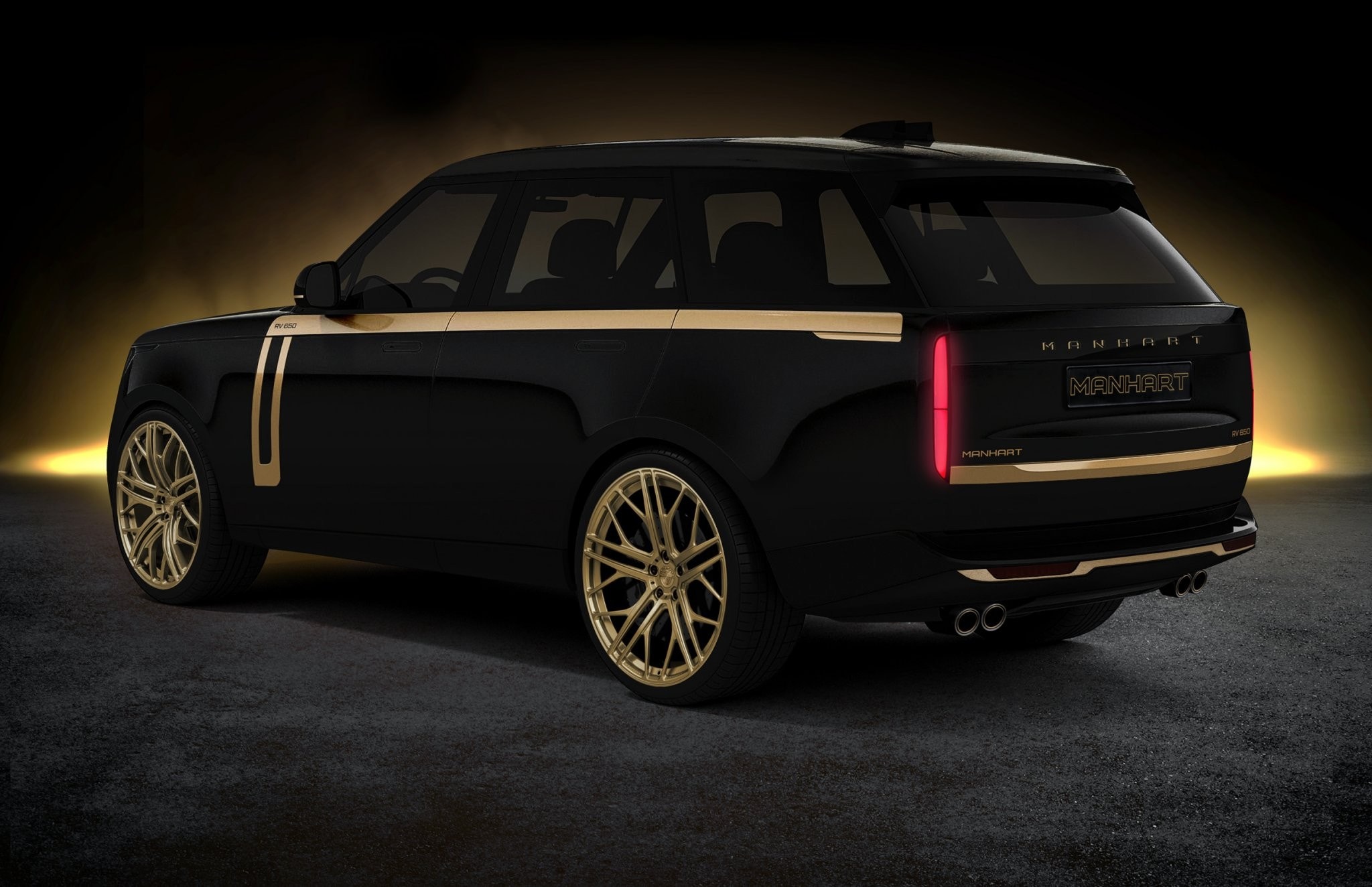