How I fell in love with the BMW brand

Home » How I fell in love with the BMW brand 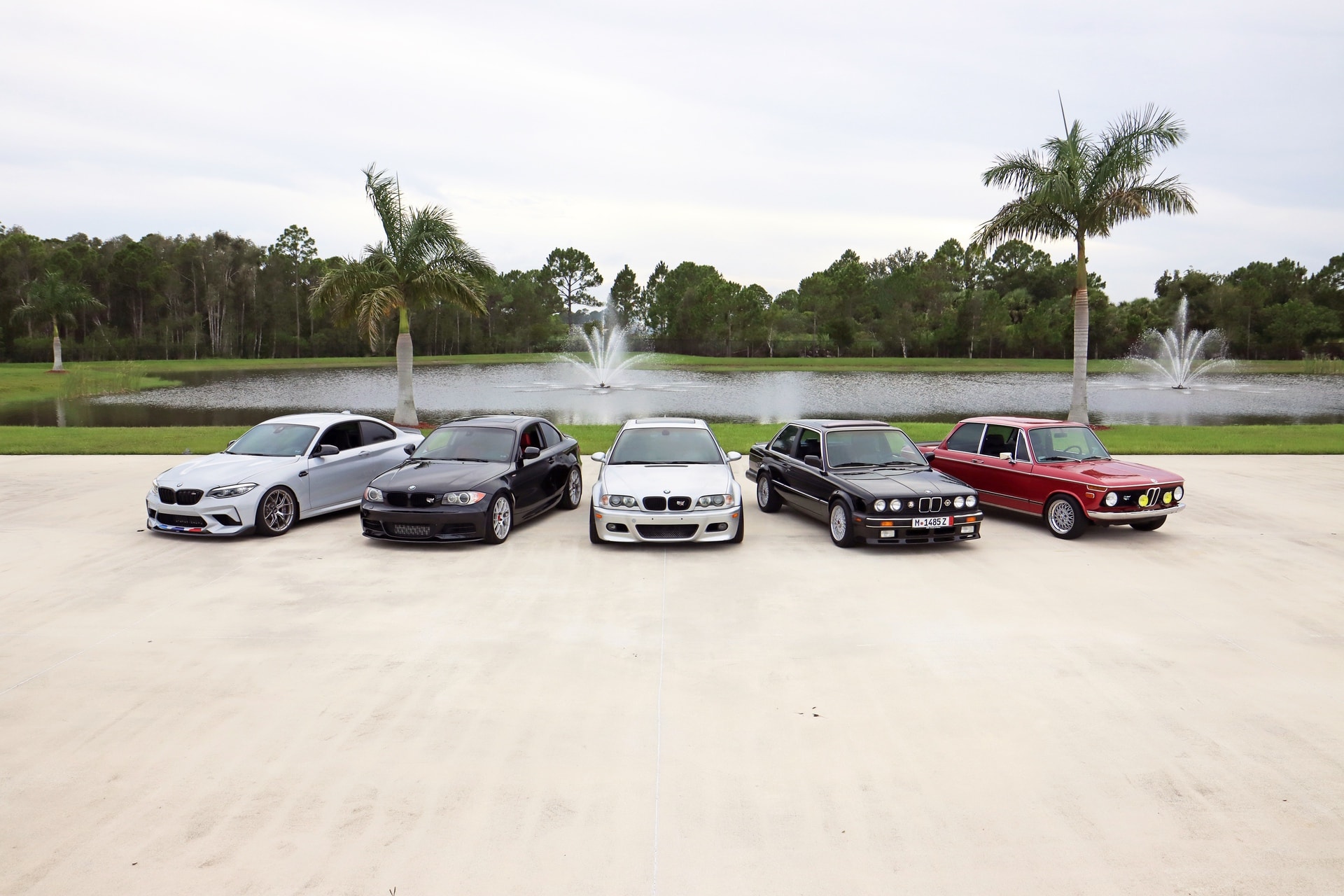 It was likely always there, but it was just dormant. I had been an Honda gearhead for as long as I remember, so the love for the BMW brand came a bit later in my life. It was a Rolex 24 Race at Daytona International Speedway in 2016, when I first laid my eyes on the new BMW M2. The natural successor of the BMW 1M I had lusted a few years back but never pursued. First look at the car and I knew I was in trouble. A brand-new car was not in my planned budget for the year.

An Unusual Journey: From Honda To BMW

This also started an amazing friendship with owner Doug Payne which had him become an accomplice later during future BMW purchases. I held onto this M2 for a year and a half, and it was slowly turned into a DINAN car by my friend’s shop Auto Tuning House. From this moment forward it was was a snowball effect. I slowly started selling all the Hondas (3 CRXs at the time) and began searching for a daily driver to join the M2 which became a weekend track toy.

The 1M was always at the top of my list, but they were already steadily going up, so I settled for the next best thing: a BMW 135i Coupe. By now I found a trusted shop dedicated to maintaining and modifying BMWs (ATH). The recommended the 135i powered by the reliable N55 engine. My search landed a mint condition 2011 Black Sapphire Metallic with a Coral Red interior and the fantastic dual-clutch transmission. Just like the M2, the 135i went through tons of work to make it even more fun to drive.

These two cars provided a nice balance between daily driving and weekend track events leading to multiple friendships within the BMW community and BMW CCA. Shortly after I began organizing Lunch Meets on the Space Coast to gather like-minded enthusiasts. Things seemed to have settled until online rumors speculated about a new version of the M2 that would carry an S55 engine. Therefore, I was again on a mission.

Based on many leaks and hints, I reached out to my local dealer and ended up leaving a deposit to get an allocation once available. The car launched in June 2018 and I worked out an amazing deal trading my M2 to the same dealer. And then the wait started… This time with an added twist regarding the purchase: It involved a BMW European Delivery trip.

Four long painful months went by, but in October 2018 I landed in Europe for my best vacation ever. Spent ten days traveling through Europe putting close to 1,000 miles and driving thought Furka Pass and Stelvio Pass in the 2019 M2 Competition. Best way to break in you brand new BMW if you ask me.

I scheduled having the M2 Competition also redelivered to the Performance Center in South Carolina for a few reasons. Firstly, I wanted to have fun on the track. Secondly, I also wanted the car at my friends detailing shop for a lot of work. The Extreme Colors Auto Spa wrapped the full front and put ceramic coating. That meant spending a couple days in South Carolina.

While sightseeing, I drove by a location with an E46 M3 in an Individual Dakar Yellow color. But unfortunately, I passed on it! Hindsight is 20/20. But I started a conversation with the the fellows at the dealer and that led me to George from Roadtrip Carolinas. Little I knew what was waiting for me inside: a 1974 BMW 2002tii.

This was days after receiving my M2 Competition, so I just couldn’t justify purchasing a third BMW at that exact moment. The BMW 2002tii was in amazing condition and having a soft spot for older cars I couldn’t stop pondering about purchasing it. I consulted some of my BMW friends, specifically 2002 owners, and thankfully my buddy Kyle van Hoften convinced me that now it’s the time to buy a 2002 before they skyrocketed in price.

It took me three months to finally decide calling George and asking him if the 2002 was still there. Luckily, it was! it must have been destiny. My friend Doug went to the dealer to do the mandatory test drive and photos for me. A day later I was wiring George my hard-earned money.

But I didn’t stop here. I wanted to learn more about this BMW 2002tii and I tracked down the multiple previous owners. This quest led to creating a network of 2002 enthusiasts and friends opening a completely different generation of BMW gearheads. The 2002tii is by far the most attention-grabbing BMW I own. At every car show, people stop by to glance over it and to share their own BMW 2002 stories.

It’s a car that when I stop to refuel, at least three people walk over to ask questions about. So simple, yet so engaging and fun. I can tell you right now, I would sell all my cars except this one, it’s a keeper.

By then I thought the collection was complete. In the meantime, I became more involved with the BMW Car Club of America and was active on social media. So I continued expanding my network of BMW friends and I visited South Carolina once again for the 2019 BMW CCA Octoberfest. The BMW M2 Competition became a test bed for Turner Motorsport parts and was already becoming a heavily modified car.

While attending O’Fest I went to visit my friend George. As always, he had a surprise for me – A beautiful 1987 E30 325iS, black on black, manual transmission with 124,000 documented miles. And fully stock. I had wanted an E30 for a while and this was the perfect opportunity to source a pristine one from a known and trusted source. I asked George if he would give me a return customer discount. Next thing I know, I was once again wiring some hard-worked dollars. Those were some expensive vacations to say the least.

The E30 went to Extreme Colors for some treatment and was later shipped to me in Florida.

By now I had nicely rounded collection going, all very different all very fun in their own special ways. I slightly tweaked the E30 but nothing excessive since will probably selling it in the future after I have thoroughly enjoyed it. I drive them all, none sit more than a month.

These days I am more involved with BMW CCA after joining the board of the newly created M Chapter, served briefly as Secretary but then moved quickly into the Vice President role. This opened even more opportunities to network with fellow BMW enthusiasts. I currently serve as the President of the M Chapter which has 1200+ members.

In the mean time, I developed a great friendship with Curtis Engel from WTF Motorsports so he called me last year with an offer I couldn’t refuse – An E46 M3 was up for sale. The car was in great shape but needed some work. This is how I became the owner of a very clean 2004 E46 M3 (124,000 miles) that has always been a Florida car. This car has since then been modified to make my own also.

I simply can’t leave them fully stock – the closest to stock is the E30.

The love for the BMW brand has likely always been there. The catalyst was the first BMW which led to making many friends who shared the same passion for the brand. BMWBLOG has also played a big role in this, and a friendship developed with its founder. It starts with the cars, but it’s the people you meet along the way that make it special.