There’s something magical about the clean and simple lines of a BMW from yesteryear. Take for example this E34 Touring, which may not be the elusive M5 of which only 891 cars were made, but it’s still desirable. It’s a 1994MY in the 530i spec with the original Hellrot paint, save for some body panels that were resprayed.

While professional detailer Chromatic Garage typically uploads videos of clients’ cars, this isn’t the case here. Instead, the bright red E34 Touring is his very own, and he decided to spruce it up a bit. Naturally, 28 years and just under 200,000 kilometers (124,000 miles) have taken their toll on the wagon’s exterior appearance. We’d argue it has held up quite well given its venerable age and mileage, showing it’s been taken care of.

He’s been waiting for a year to find the time to give his BMW wagon the attention it rightfully deserved. The expert car detailer spent many hours wet sanding and polishing his E34 Touring “to somewhat perfection”. The owner mentions will invest additional time and attention to detail to obtain the desired results. 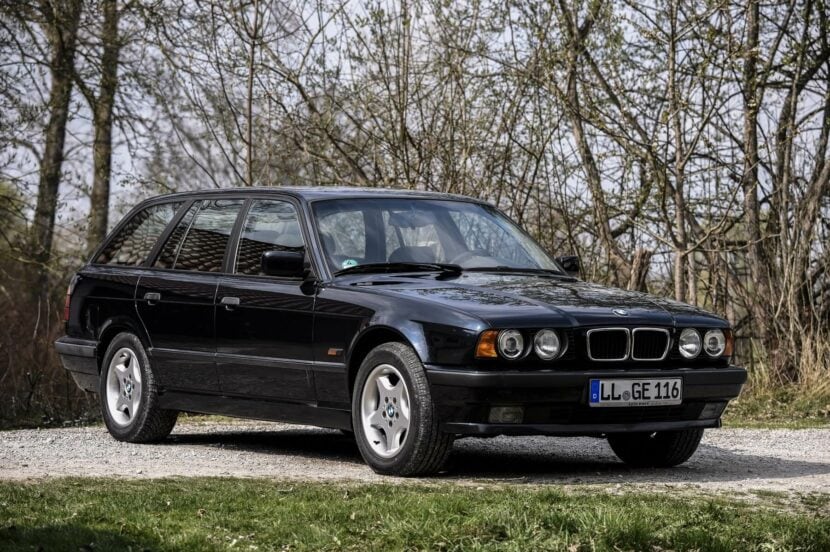 The classy and classic first iteration of the 5 Series estate looks just as good as it did in 1994. Chromatic Garage says he’s not generally a big fan of red cars, but he does like how his E34 Touring looks after restoring its shine. It took a lot of effort on his part as wet sanding is a particularly time-consuming process if you want to do it the right way.

It’s always relaxing to see professionals at work, rejuvenating automotive gems regardless of whether they’re BMWs or not. The E34 Touring may be past its prime, but this one still has many years left in it judging by how it looks. Newer wagons are more comfortable and faster, but they’re no match for the glory days of BMW designs.