Watch How The BMW iX Behaves In The Challenging Moose Test

Colloquially known as the moose test, the evasive maneuver shows how a car behaves when attempting to evade an obstacle. The procedure has its origins in Sweden where evaluations were first made in the 1970s. It wasn’t made globally popular until the late 1990s when the Mercedes A-Class was flipped by Swedish magazine Teknikens Värld. The three-pointed star initially ignored the problem, but it ultimately recalled all 17,000 cars that had been sold and re-launched the hatchback after adding ESP as standard equipment.

But enough with the introduction as you’re here for the BMW iX, right? Spanish magazine km77 has been performing the dreaded moose test for many years with a variety of cars. It was the electric SUV’s turn to see how the base xDrive40 version would fare without hitting those pesky cones. The short answer is – not bad, but not great either.

SUVs typically don’t excel in the moose test because they sit high off the ground and are always heavier than their low-riding counterparts. The weight problem is even more of a concern in the case of EVs because the batteries add a lot of bulk. Case in point, the BMW iX xDrive40 featured here tipped the scales at a whopping 2,530 kilograms (5,577 pounds), including the driver. 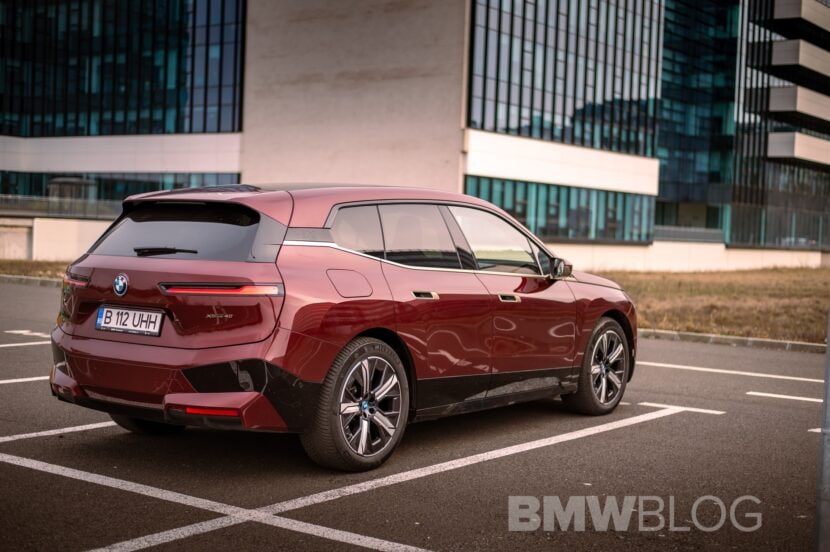 Not Bad, Not Great

So, how was the vehicle’s behavior in the moose test? It had an entrance speed of 80 km/h (50 mph) or slightly over the 77 km/h (48 mph) target. It not only hit a cone, but the driver realized he wouldn’t have been able to keep the desired trajectory any further. Consequently, he decided to stop the vehicle.

The journalists are saying the BMW iX exhibited too much understeer. Consequently, they had no other way but to interrupt the first try. They dialed down the entrance speed to 74 km/h (46 mph) and it was only then that the large SUV completed the moose test without squashing any cones. While it’s not a particularly impressive speed, km77 explains it’s not too bad given the vehicle’s weight and size. Keeping the SUV between the cones at higher speeds during a subsequent moose test proved to be impossible.

That said, the iX is being praised for providing good stability with minimal body roll. In addition, the ESC was barely noticeable, but the vehicle’s weight reared its ugly head in the end. Understeer took its toll on the SUV’s behavior, especially at higher entrance speeds.