VIDEO: BMW i4 M50 vs Porsche Taycan — Which is the Better Driver’s Car?

Home » VIDEO: BMW i4 M50 vs Porsche Taycan — Which is the Better Driver’s Car?

For the most part, the BMW i4’s main competitor is the Tesla Model 3. Not only is it the closest competitor in terms of price, performance, and range, it’s also the most popular EV on the market and competes in the same segment. However, that doesn’t mean the Tesla is the only EV sedan to bring some real competition to the i4. The entry-level Porsche Taycan is also another interesting option for customers looking for an all-electric performance sedan. Which is why, in this new video from Autocar, the BMW i4 M50 and Porsche Taycan go head-to-head.

Admittedly, the BMW i4 M50 is at quite a bit of a disadvantage in this comparison right from the start. The i4 is built on the same chassis as the 4 Series Gran Coupe, albeit modified for EV-duty. While the Porsche Taycan is built on a bespoke EV platform. The M50 has a bit of an advantage over the entry-level Taycan, in terms of power, performance, and price but the Taycan has an advantage in handling, packaging, and design.

The BMW i4 M50 is the highest-performing version of the i4, with a dual-motor setup making 536 horsepower and 586 lb-ft of torque. That helps it get from 0-60 mph in 3.9 seconds. On the other hand, the entry-level Porsche Taycan is rear-drive only, with a single rear-mounted motor, making 375 horsepower (469 horsepower during overboost) and a peak torque of 484 lb-ft. According to Porsche, 0-60 mph happens in 5.4 seconds. 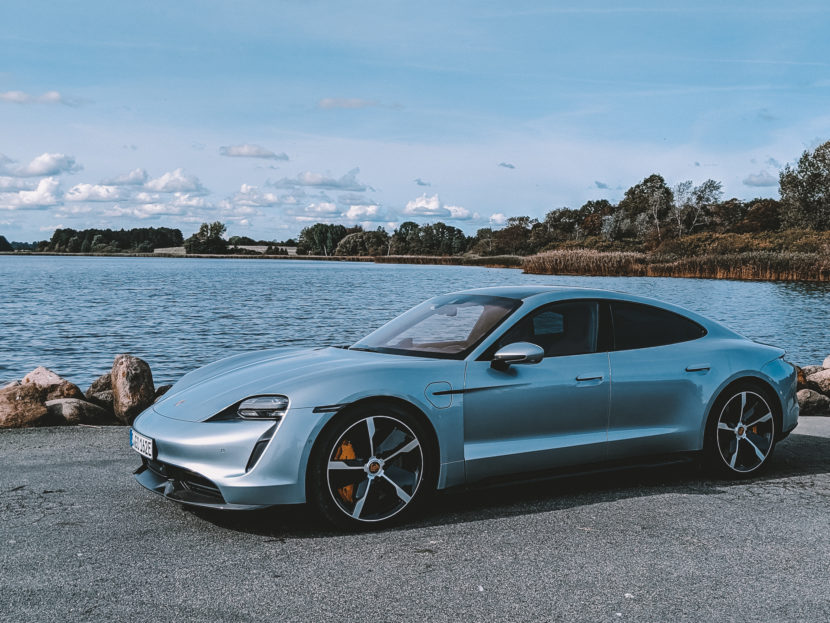 Pricing is a bit interesting, as the Taycan (£76,899 in the UK), despite being the entry-level model, is more expensive than the top-end BMW i4 M50 (£63,905 in the UK). Depending on how you value the cars; power, performance, range, charge speed, chassis tech, cabin tech, or design; you could make an argument for either car’s price.

But the important question isn’t about value, it’s about which car is better to drive? To find out, check this new video from Autocar below.