BMW M2 with molded widebody kit and Ferrari paint to get 1,100 wheel hp

While we’re patiently waiting for BMW to finally take the wraps off the new M2 (G87), tuners are still working around the clock to customize the outgoing model. Case in point, this is far from being your typical F87 build as it has received a heavy dose of aftermarket steroids. It debuted at SEMA 2021 in Las Vegas and was recently captured by the lens of YouTuber Driving Cody.

You’ve probably seen your fair share of widebody M2s so far, but this one is a bit more special since it’s more than just widening the arches and using rivets to hold them in place. Instead, the sporty coupe started off with a Darwinpro carbon kit and then got a molded body to give the illusion the car came like that straight from the factory. Beauty is in the eye of the beholder, but we can all recognize an impressively clean build when we see one.

Rather than browsing the BMW Individual catalog to look for inspiration, the team behind the project took a page out of Maranello’s book. Indeed, the whole car was finished in a light blue shade derived from a 2009 Ferrari F430 Scuderia. It’s more pearlescent than the OEM paint and has no fewer than 13 layers of clear coat. They kept Darwinpro’s transparent section of the hood to partially expose the inline-six engine while adding rose gold accents for the valve covers and the roll cage. 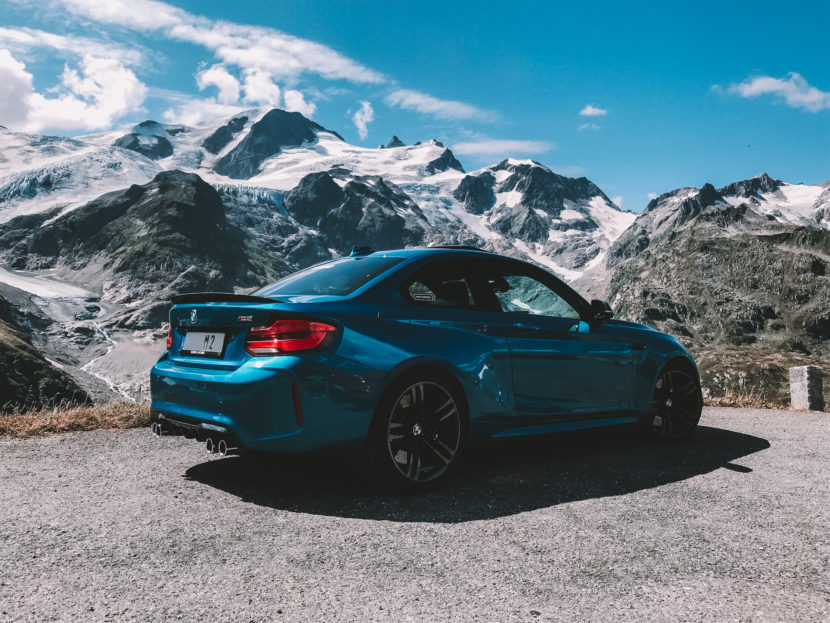 The Pikachu-themed M2 with a manual gearbox is a 2021 model and was created by Garage Works over the course of 48 days for SEMA. It still has the original powertrain, albeit with a remapped ECU, and further changes are coming to create a fully built race engine delivering 1,100 hp at the wheels. Speaking of which, the car rides on 19-inch Brixton alloys wrapped in 275/35 R19 front and 325/30 R19 rear tires.

Inside, additional modifications were made. The bagged M2 featuring air suspension received a pair of Recaro Podium bucket seats with a carbon fiber shell. The top of the steering wheel has been chopped off and there’s carbon fiber just about everywhere you look. Suffice it to say, this wasn’t a cheap build.