Note: Turn on YouTube’s Auto Translate function for the captions in your preferred language.

Whenever the BMW i4 comes up in a discussion, people usually talk about the M50 version. That’s understandable seeing as how it’s the first electric M car ever, but we mustn’t forget about the lesser eDrive40. It stays true to the M ethos by featuring a purely rear-wheel-drive layout after ditching the front-mounted electric motor of the flagship version.

Its tail-happy nature can be accentuated by turning the electronic stability control system all the way off. Add a wet surface and you have all the necessary ingredients to drift the i4 in complete silence without generating any emissions. That’s what a Dutch dealer of BMWs and MINIs had in mind as part of a video campaign in a bid to promote the eDrive40.

The task sounds easier than it is – to complete a lap of the circle in a continuous drift without going over the lines and hitting any of the cones. It’s safe to say the second driver is more experienced than the first one and he successfully finishes the course on his second try. Not only that, but he ended the lap in style by doing a 180-degree spin. 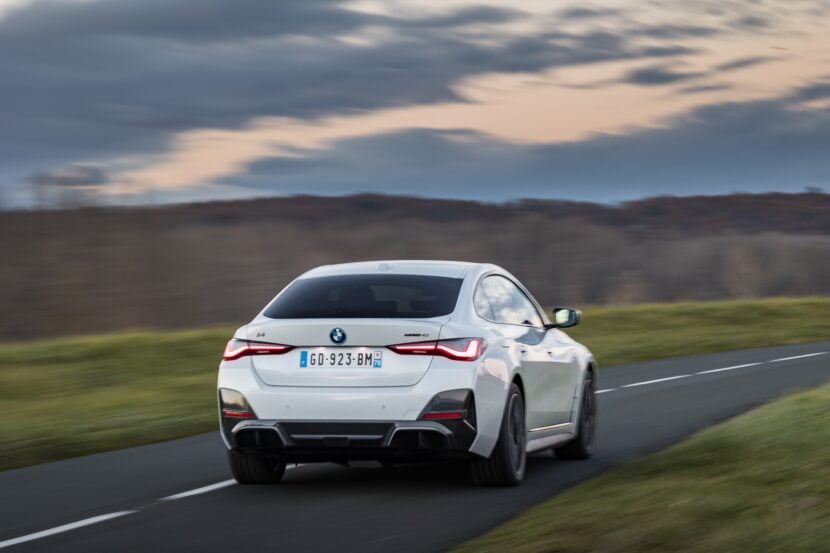 Interestingly, Ekris BMW MINI is actually not the first dealer from The Netherlands to advertise the i4 in an unconventional way. Earlier this month, Van Poelgeest organized a drag race between the M50 and an M3 Competition, with the outcome coming as a bit of a disappointment for purists. Long story short, the inline-six sports sedan with rear-wheel drive didn’t stand a chance and we’re not so sure the xDrive model would’ve closed the gap.

Attached below is a previous video released by Ekris BMW MINI in which the pair of i4 eDrive40 electric gran coupes undergo a brake test. Mind you, these are not two random people, but rather professional racing drivers in the M2 CS Racing Cup – Max Veels and Jack van der Ende.