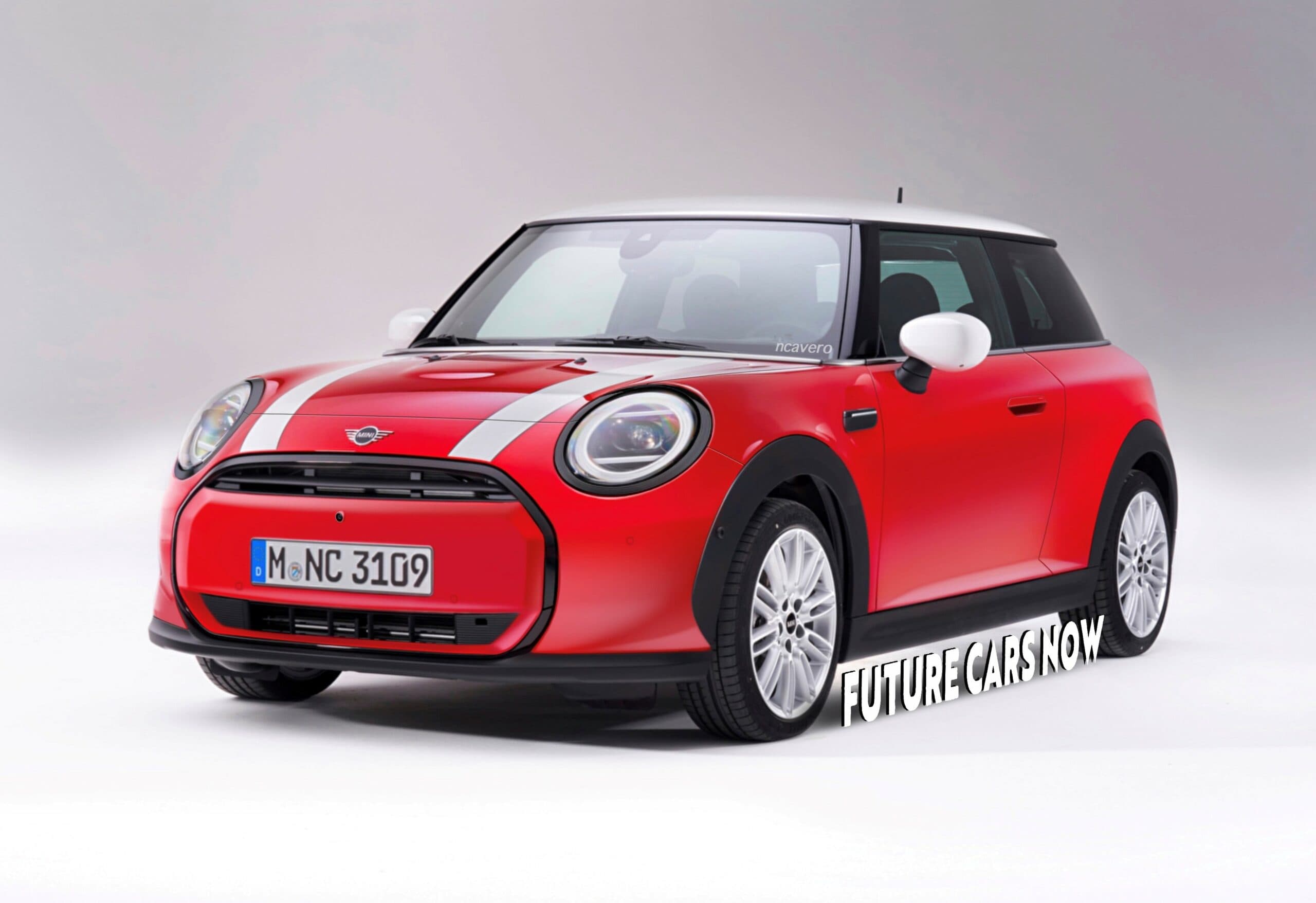 Unless you’ve missed the memo, fully revealing spy shots of the next-generation MINI Electric somehow made their way onto the Internet. Originating from China, the images depicted a near-production prototype of the stylish EV hatchback, well ahead of its market launch scheduled to take place in 2023. Before that happens, a talented artist has come up with speculative renderings made to look like official images.

Judging strictly by its front fascia, the stylish hatch looks quite familiar with a simple and clean look, but that’s not the case if you check out the rear end with its completely new taillights. They appeared to integrate the Union Jack motif, made more visible here in the rendering created by Nicolás Cavero. Bear in mind the test vehicle spotted in the People’s Republic was a hotter S version, with the “S” finished in green to denote its purely electric nature.

Also noticeable are the new door handles that remain flush with the body when not in use to improve airflow for better aerodynamic efficiency, which in turn improves range. Several BMW models have already made the transition to this design, including the 2 Series Coupe, 2 Series Active Tourer, and the i4. The black bar on the tailgate has been integrated into the rendering and it’s likely there to give the illusion of a wider car.

It’s worth mentioning that while the current Cooper S E is based on the same platform as the conventionally powered model, it’s going to be a different story with its successor. It has to do with BMW’s joint venture with Great Wall Motors in China where the new electric model will be locally produced. While the next MINI with gasoline engines will ride on the FAAR platform, the EV is expected to feature a separate architecture sourced from GWM.

We’ve also heard it will be slightly smaller than the gas version, which would make sense considering a platform developed primarily with electrification in mind would maximize the wheelbase by reducing the size of the front and rear overhangs. The MINI Electric could feature GWM’s L.E.M.O.N. platform already used for the curiously named ORA Good Cat.

With MINI already teasing the completely silent hatch, the official premiere is likely to take place in 2022 before the car goes on sale the following year.