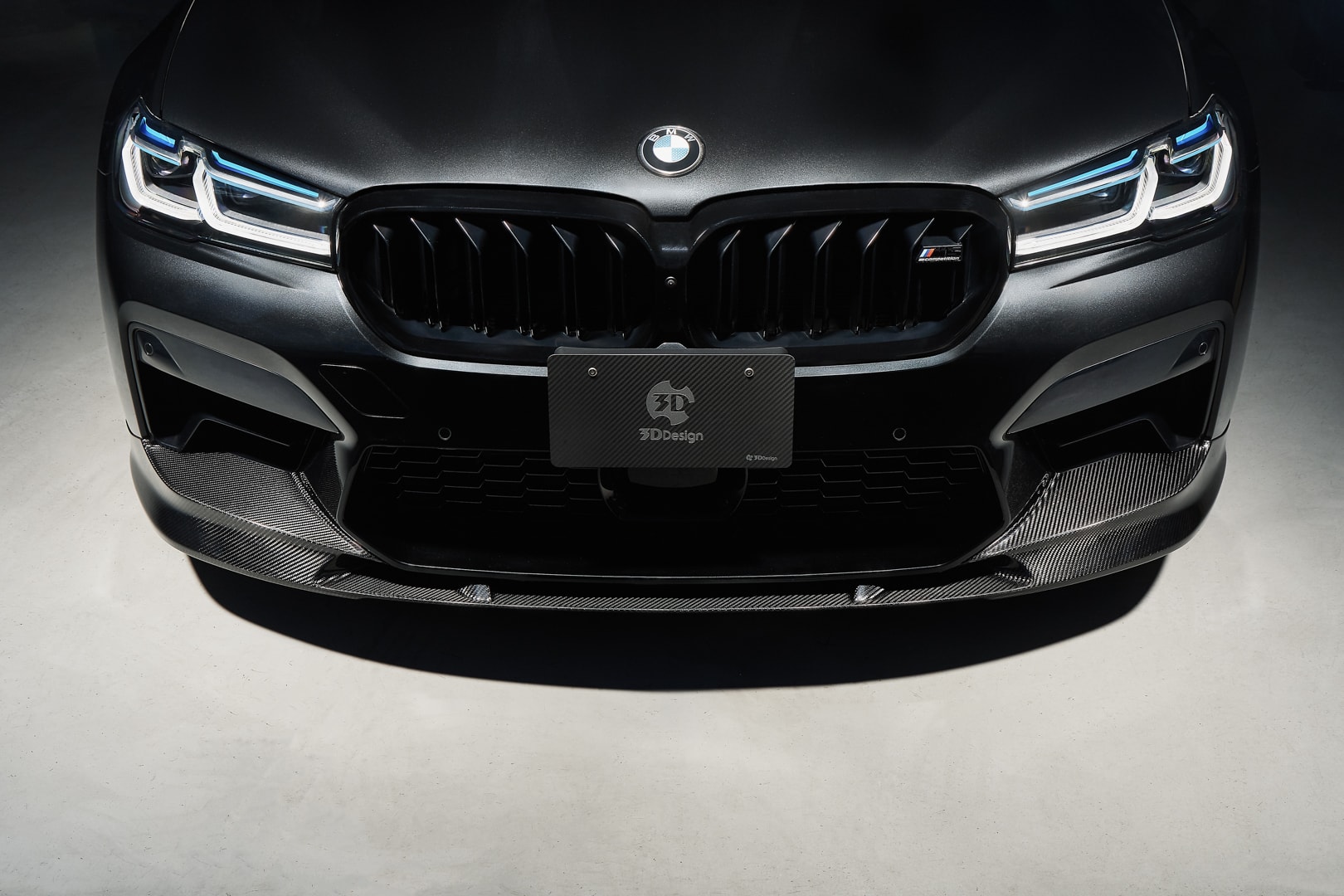 This generation of BMW M5, the F90 generation, is already well into its mid-cycled LCI (Life Cycle Impulse) and it’s one of the more successful LCIs in recent memory. While not much changed for the F90 M5 — same goes for the G30 5 Series on which it’s based — but that was sort of the point. The F90 M5 was already so good looking, very little change was needed. However, for any customer with an F90 M5 LCI that wanted some 3D Design parts, fret not, as the Japanese tuning company has developed a lip spoiler to accommodate M5 LCI owners.

Admittedly, it’s not much different than the pre-LCI lip spoiler from 3D Design but it is different. The lower front bumper changed ever so slightly for the LCI M5, necessitating a change to 3D Design’s lip spoiler. Otherwise, you’d notice something was off with the old one.

The 3D Design new lip spoiler for the F90 M5 is made from the same stuff as the old one. It’s a very thing 2×2 carbon fiber weave, designed to be ultra lightweight. In fact, the entire spoiler only weighs 700 grams. An M5 might weigh as much as the sun but you don’t want to add any more weight if you don’t need to. 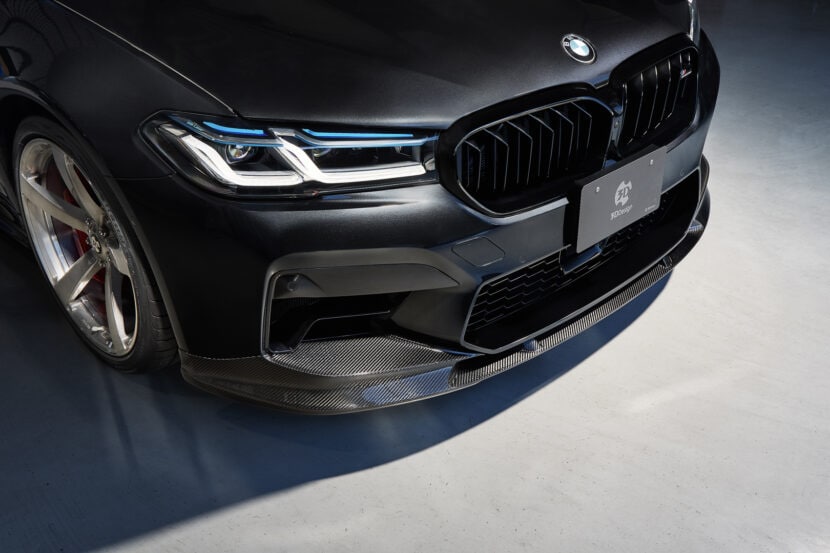 All of the rest of 3D Design’s catalog for the F90 M5 remains the same, as the shape of the M5 LCI didn’t change at all, aside from that front bumper, of course. So if you want the side skirts, rear diffuser, rear lip spoiler, or any other bits, it doesn’t matter if you have the pre-LCI or post-LCI M5, they fit.

The F90 M5 is still an incredible car, one that we admire even several years after its release. It might not be the purest or most engaging M5 of all but it’s one of the most well-rounded and one of the best modern M cars of all. So adding a bit of flare to its exterior should make any owner even happier about keeping it for the long haul. 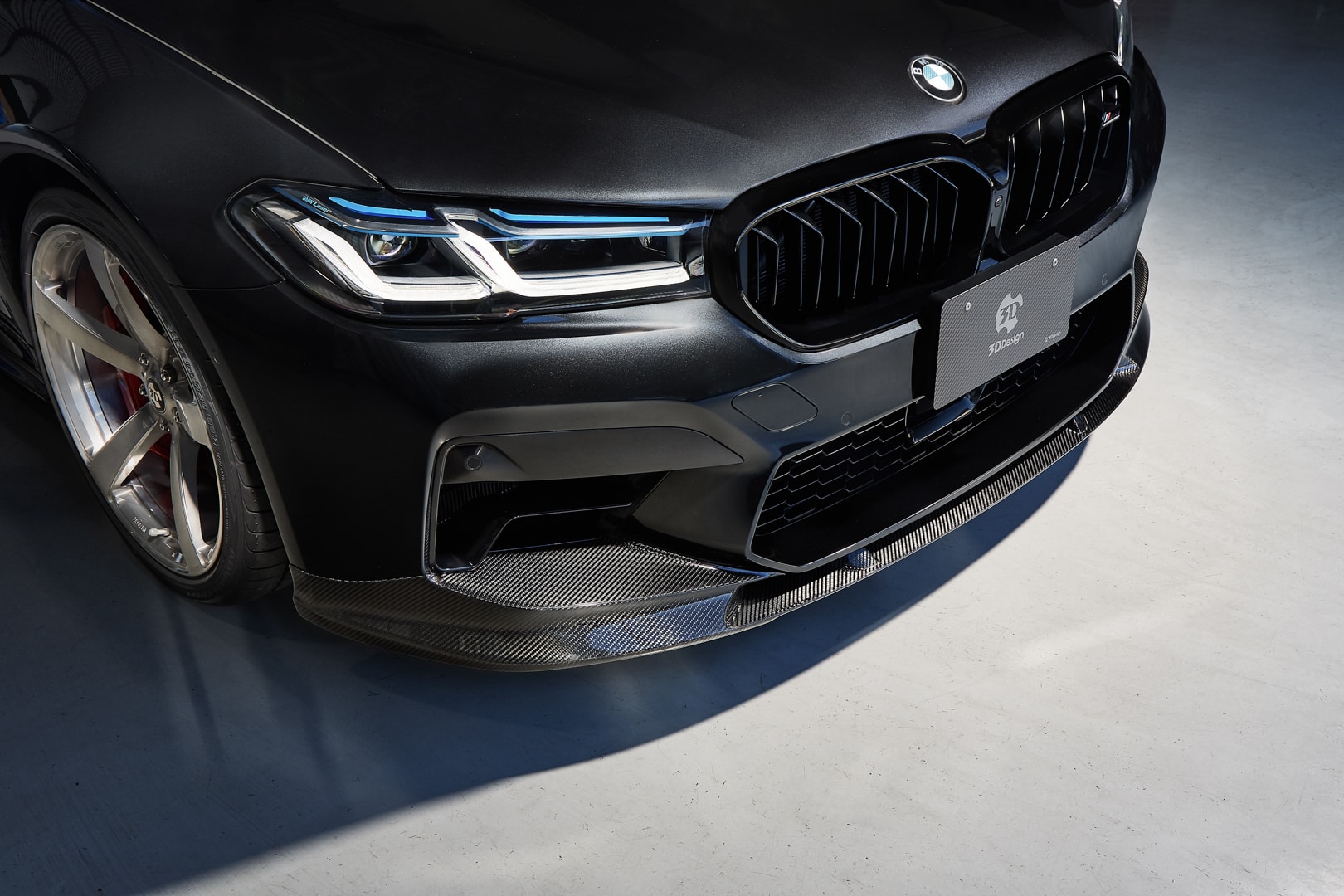 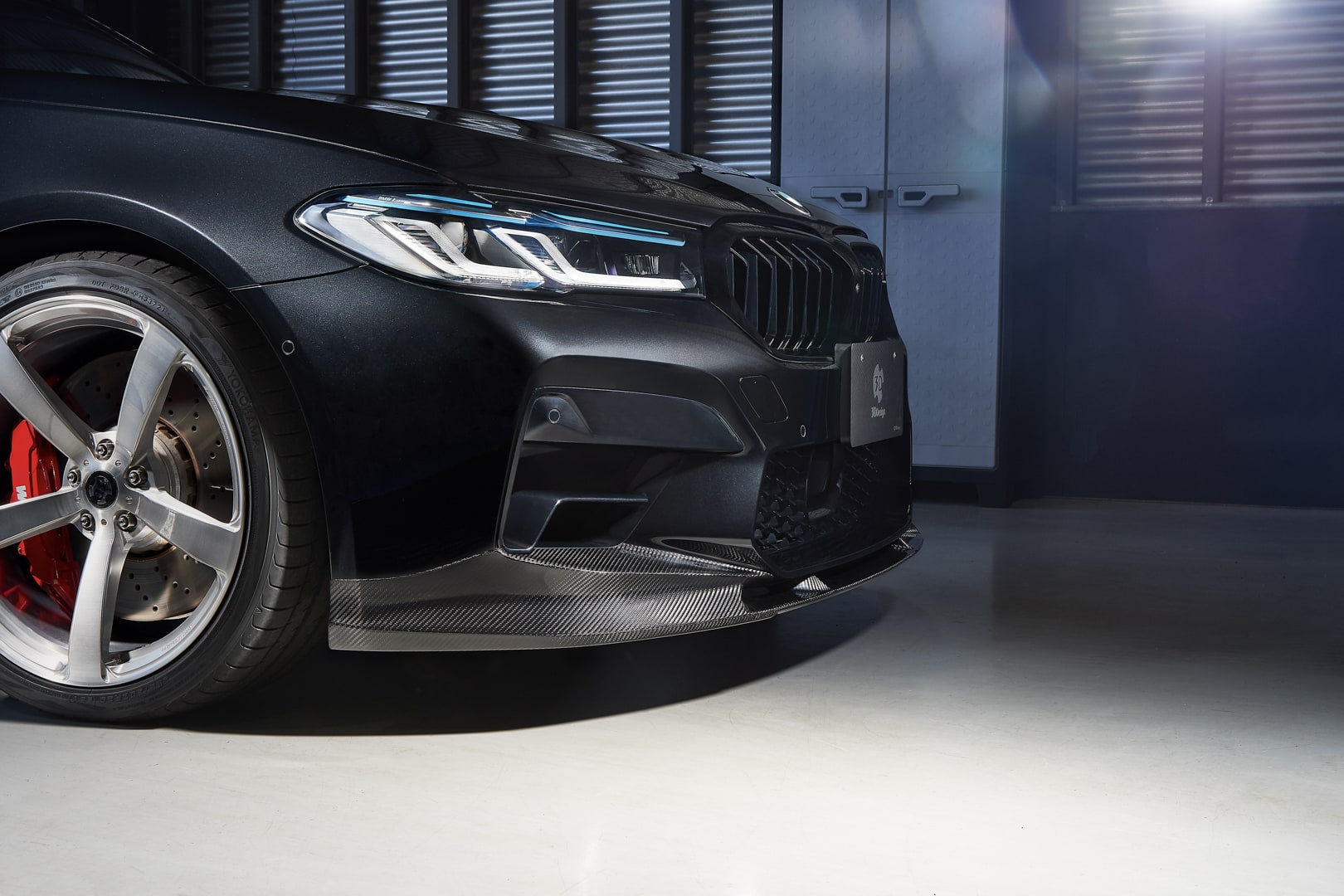 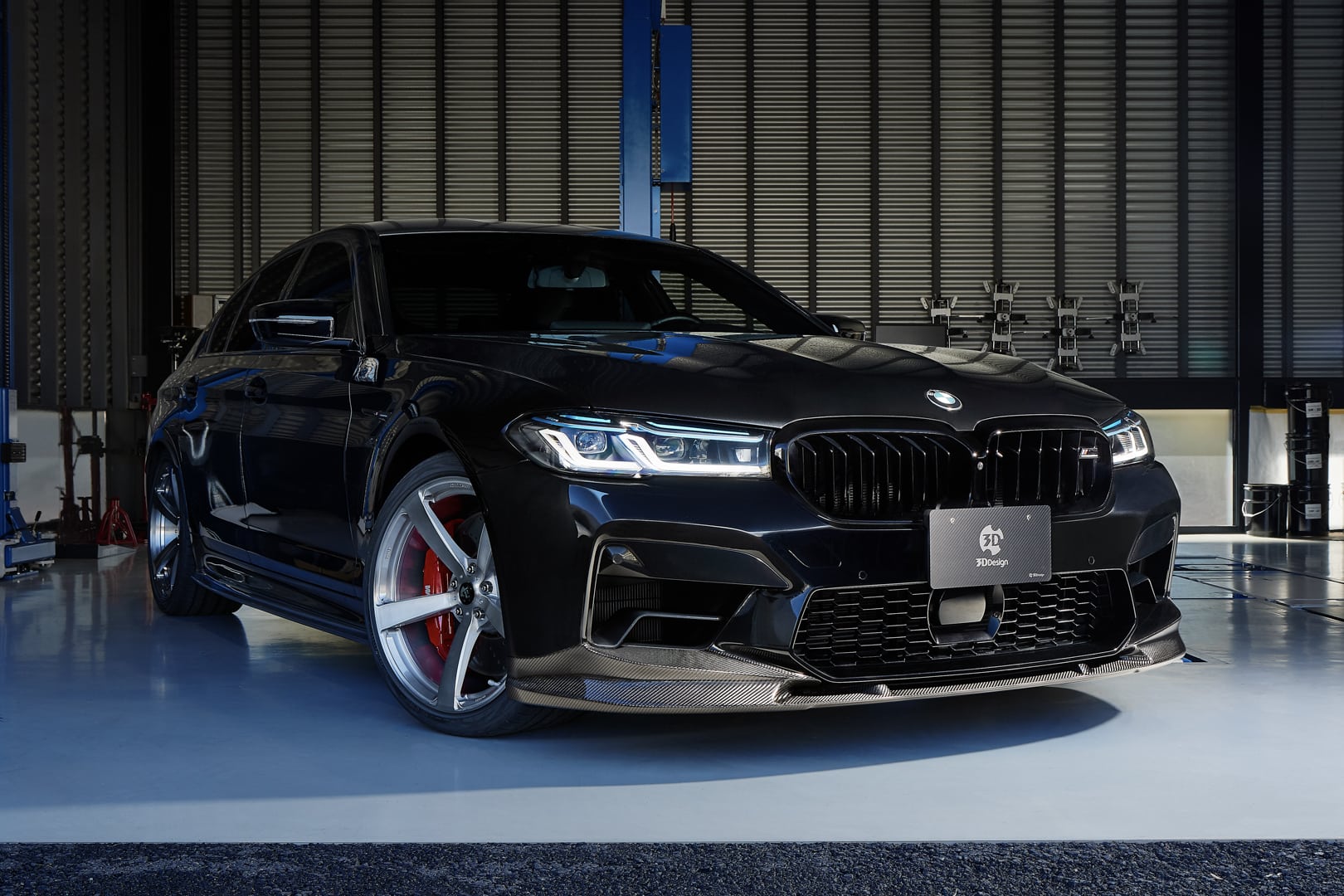 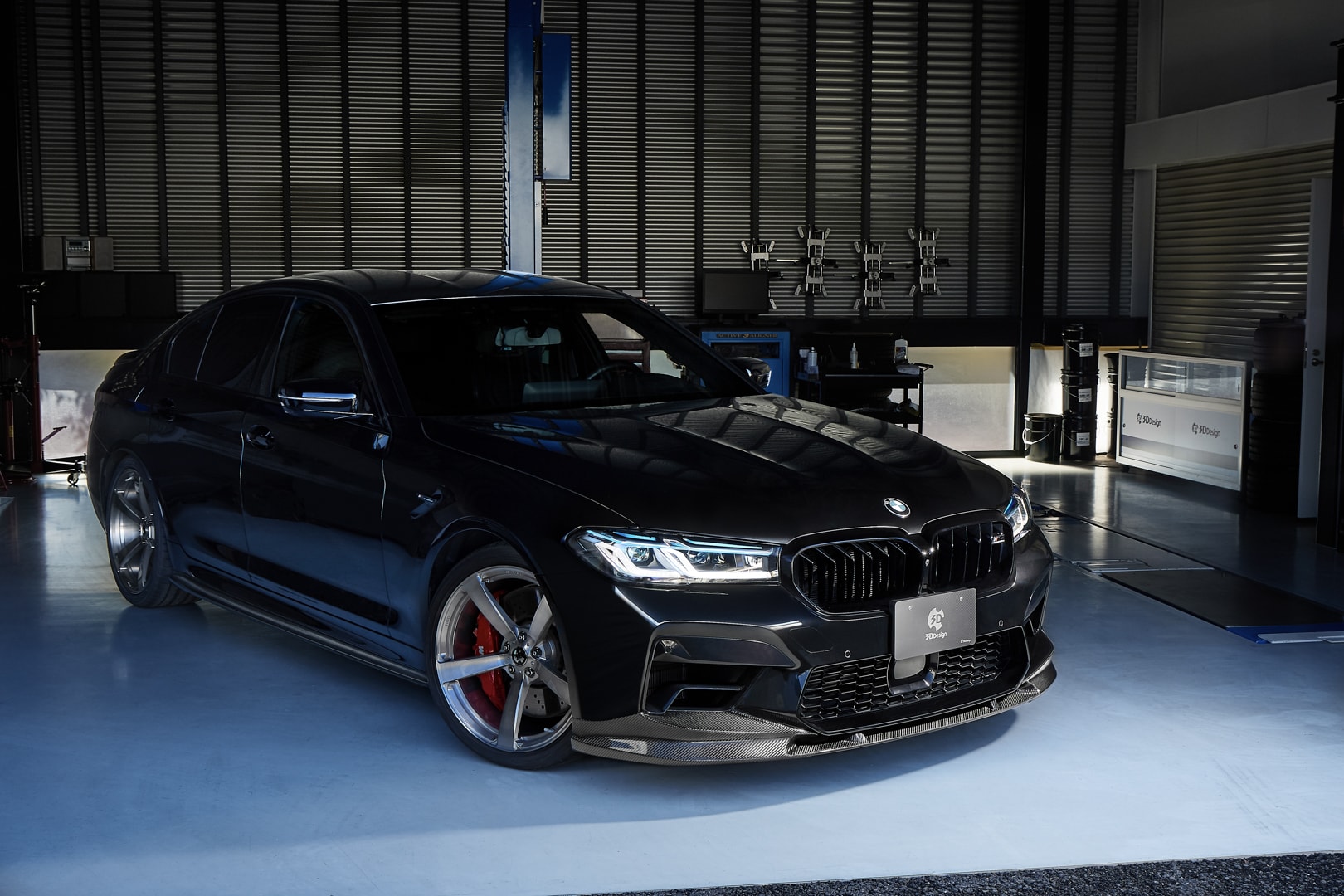