Without a shadow of a doubt one of the most controversial tuners out there, Liberty Walk through its European division recently worked on a BMW i8. Gone but not forgotten, the plug-in hybrid sports car arrived at the aftermarket specialist’s office on the Old Continent wearing its factory Sophisto Grey paint. The electrified machine was substantially modified, and we’re not just talking about the switch to a Twilight Purple shade.

The BMW i8’s owner went to town with the modifications, asking Liberty Walk to bring his prized possession closer to the road courtesy of an air suspension. At the simple touch of a button, the driver can now lower the car as well as lift it for increased ground clearance to go over an obstacle. As it’s the case with most builds from the tuner, the result is controversial, to say the least.

Its predominantly purple body is contrasted by bronze accents noticeable on the kidney grille and around the BMW roundels at both the front and rear. You’ll also notice it on the side skirts to complement the aftermarket three-piece forged wheels from Vossen featuring a similar finish to accentuate the i8’s eye-grabbing qualities. Bolt-on fender flares with exposed rivets make the electrified sports car wider for a more aggressive stance. 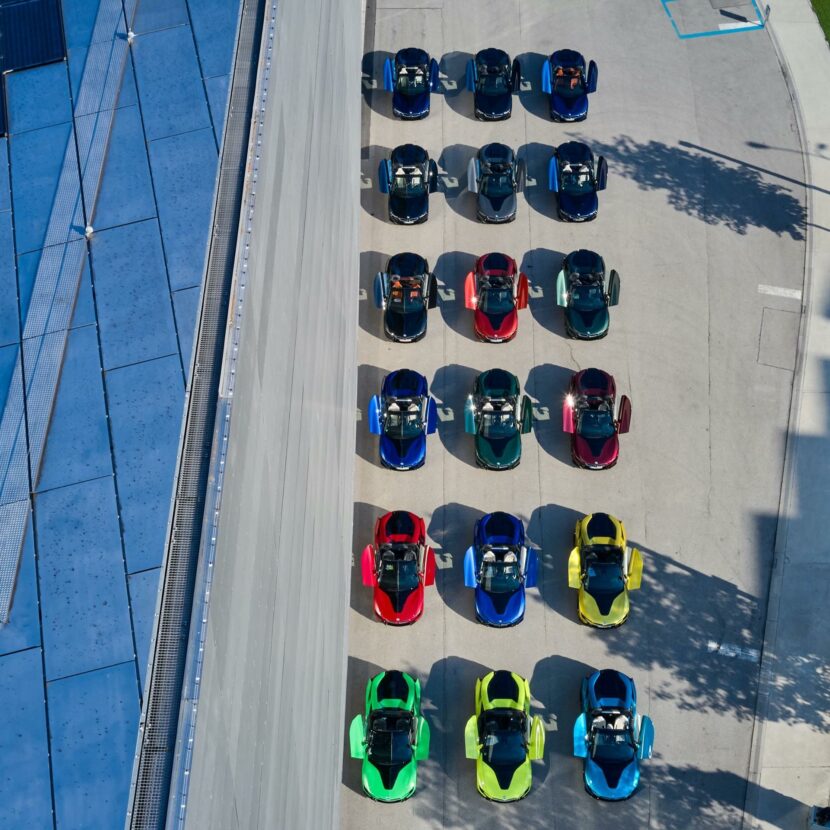 A closer look reveals a massive chin spoiler attached to the front bumper while a ducktail spoiler is noticeable at the back. Liberty Walk even tacked on a pair of canards, albeit one would argue the BMW i8 is far from being a track-focused machine to need these aerodynamic elements only found on hardcore sports cars.

It now honestly looks like something from a Need for Speed video game, which can be both a good or a bad thing depending on personal preferences. We are not at liberty (get it?) to judge the owner’s tastes because at the end of the day, it’s his car and he has complete freedom to do whatever he wants to it. Sure, some of us will find it a bit over the top, but to each his own.