Video: BMW cars will get two special on-board animations for the holidays

Home » Video: BMW cars will get two special on-board animations for the holidays

Some BMW models could make their owners feel very special right around this time of year. So to celebrate this special time of the year, BMW is surprising its customers in their own cars with two festive animations for Christmas and the New Year. The Christmas message inside the car will be accompanied by festive music and dramatic ambient lighting. Once the vehicle has been started, an app symbol with a Christmas hat will show up on the BMW Control Display, signaling the approaching festive season. 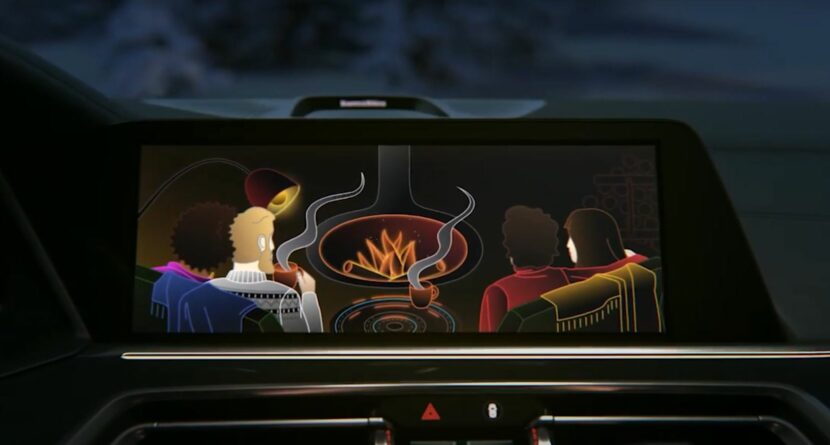 The BMW Happy Holiday Festive Animation, which is available until December 26th, can be accessed by clicking the icon. The Control Displays will be illuminated with Christmas-themed visuals, a merry song will be played, and an ambient light show will create an ambiance in the interior. From the 31st of December onwards, a new app emblem with a stylized firework will be displayed in the Control Display to mark the arrival of the new year.

BMW has also included a New Year’s message in the vehicle, which includes festive music and an ambient light show. By tapping on the app icon, the driver can play both animations as many times as they want during the holiday season. With each passing year, more consumers around the world will see the individualized Christmas greetings in their BMW. This year, the New Year’s greeting is already being broadcast to nearly 2.6 million BMW automobiles in 48 BMW regions.

The vehicles must have the relevant optional equipment and a BMW iDrive with Operating System 7 or Operating System 8, as well as a manufacturing date after 07/2020, in order to display the festive animations.