Buying a car is always an occasion. Whether it’s brand new or just new to you, taking delivery is exciting, especially if the vehicle in question is a bit more special. That’s certainly the case here as not only is this a BMW M5, but it’s one of the only 70 cars made during the F10 generation. Only 50 examples of the Pure Metal Silver Edition were earmarked to the United States, and YouTuber Vehicle Virals recently had one shipped to his house.

Rather than driving it back home for more than 20 hours from the BMW dealership where he bought it, he decided to have the car shipped to him. That proved to be an unlucky choice as the car was delivered with some minor damages. Those hadn’t been there when he originally inspected the high-performance sedan at the dealership before taking the plunge.

Fully covered in paint protection film (PPF), the rare M5 shows some scrape marks underneath the front bumper it allegedly “gained” while the car was in transit. The transport company has allegedly owned up to the mistake since apparently the damage wasn’t there when they picked up the car. The owner has already talked to a few paint shops to find out how much it would cost to have the bumper fully repainted, expenses which would be covered by the transport company. 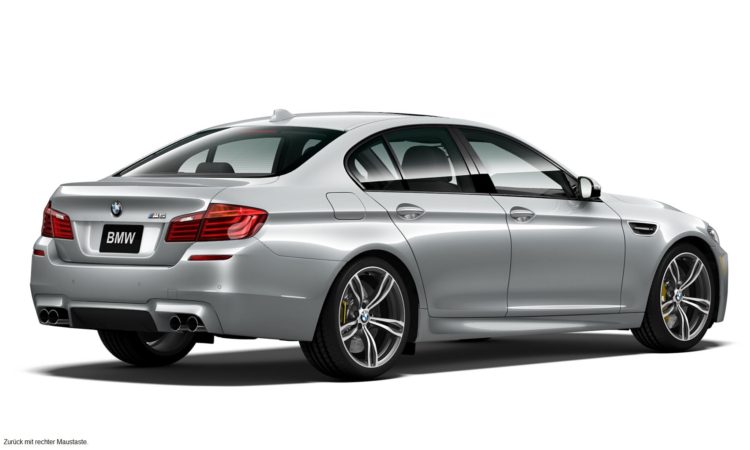 Another way to go would be by fitting a front spoiler lip that would cover the scratches. It’s obviously not the end of the world, but it diminishes the joy of buying a limited-run M5 finished in a lovely BMW Individual color. The owner is already planning some mods, including a titanium exhaust system sourced from his previous car, a Frozen Black M5 F10 he crashed earlier this year.

If you’re not familiar with the Pure Metal Silver Edition, it was more than just a fancy paint job as it came with an upgraded twin-turbo, 4.4-liter V8 pushing out an extra 40 hp and 16 lb-ft. The carbon-ceramic brakes were fitted as standard, as were 20-inch forged wheels and a lowered sports suspension bringing the sedan closer to the road by 0.4 inches.