BMW took the Internet by storm a little over two years ago when it showcased a third-generation X6 finished in Vantablack VBx2 aka “the world’s blackest black.” The Vertically Aligned Nano Tube Array almost entirely eliminates reflectance and stray light by absorbing over 99% of light. BMW figured it would get a lot of requests following the official unveiling, so it immediately said the ultra-black shade would not join its color palette.

Why? Because any car finished in Vantablack would make it borderline indetectable at night, thus rendering it extremely dangerous and prone to being hit by other vehicles. Famous YouTuber Pog was quite fond of the extremely dark BMW X6 and wanted to apply the unworldly hue created by Surrey NanoSystems on his new M8 Competition Gran Coupe.

With Vantablack on a road car still being a no-go, he had to settle for the next best thing. He picked Frozen Black from the BMW Individual catalog, an elegant choice that perfectly suits the long and imposing four-door coupe. The shadowy M8 is quite a departure in terms of body finish compared to his other cars, which are all rather colorful. Whether we’re talking about his Lamborghini Aventador, Audi RS6 Avant, or Renault Kangoo, all represent the exact opposite of this murdered-out GC. 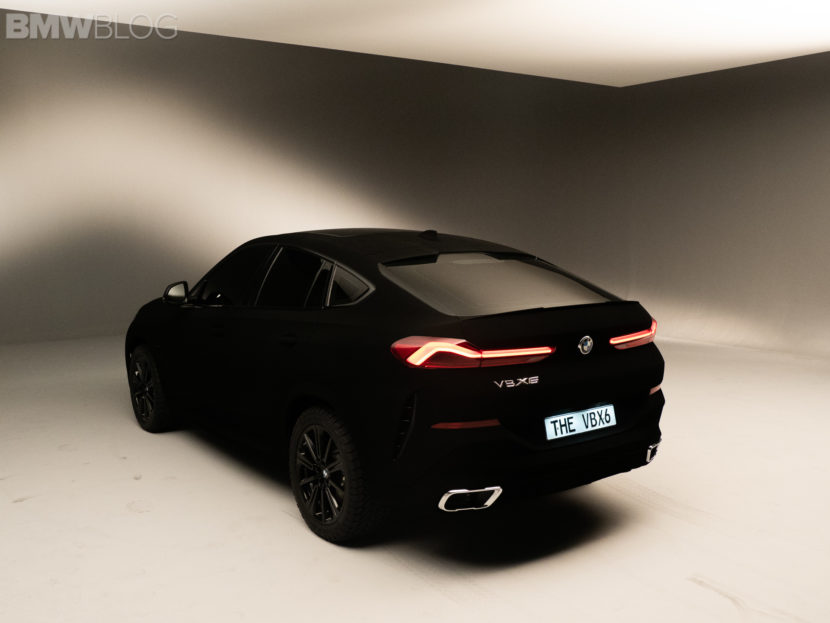 He went the extra mile as aside from choosing Frozen Black, he also wrapped the badges in black at the front and rear while keeping the iconic three colors of the M logo. The gold calipers of the carbon-ceramic brakes create a contrasting visual effect when looking at the car from the side, while the headlights now have a pinkish-red shade lending the M8 Competition Gran Coupe a devilish front end.

It’s unquestionably a sight to behold and dare we say the Frozen Black is a better choice than the surreal Vantablack, which looks like it came from another planet. The VBX6 was more of an exercise to show how a car would look with this highly unusual finish, but we wouldn’t necessarily want to see one on the road, especially at night…